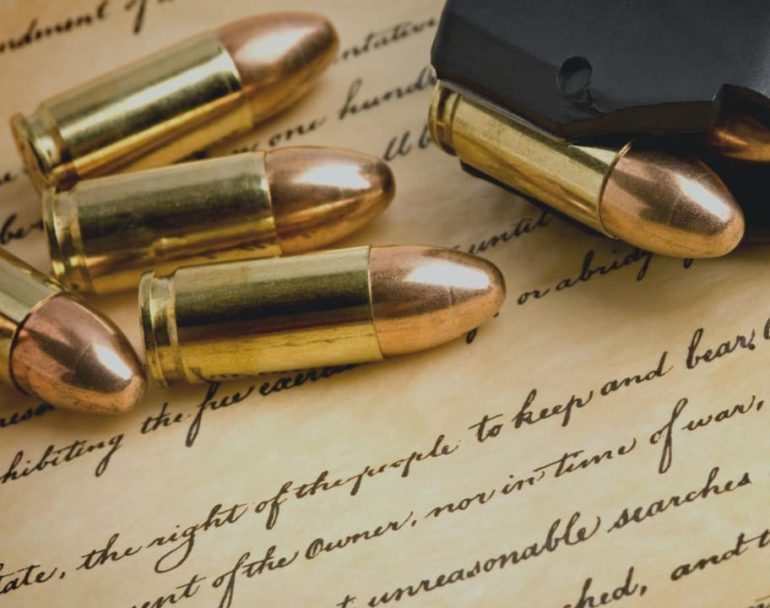 “… In the U.S. Constitutional system, there is a remedy. The remedy is to elect a President who appoints the judges, a President who will appoint individuals who have shown they respect the Constitution, who respect the rule of law.  Those individuals must have honor and integrity. By definition, this rules out judges who value Progressives ideology above truth or honor. …”

For the last 50 years, I have been hearing or reading versions of this argument:

The Second Amendment is clear. All we have to do is bring a case before the court(s) and we win. Why doesn’t the NRA, local lawyer, local defendant or whoever, just push a case forward? The law is clear!

When I was young and naive, I wondered the same thing. Why wasn’t the NRA bringing a Second Amendment case before the courts, and specifically, to the Supreme Court?

A more general question is: How do judges routinely escape consequences when violating their oaths of office; when implementing their preferred policy instead of enforcing the law? How are they able to escape consequences when they do this instead of enforcing the U.S. Constitution and state constitutional protections of the right to keep and bear arms?

The designers and writers of the Constitution set up a system to limit governmental powers through checks and balances inside and outside the government.  The legislature has the power to set up courts and impeach judges; the President has the power to appoint judges; Judges have the power to judge cases, which involves an intrinsic ability to interpret the law, as written by the legislature.

In addition to internal governmental checks and balances, the writers of the Constitution depended on the people to limit governmental power through elections and by petitioning the government, informed by a free press and freedom of speech. That depended on people’s understanding the governmental processes and having a common understanding of natural law and Judeo-Christian moral law. Public outrage can result in a check on judges who put their political preferences above the law. A final check against tyranny was the right to keep and bear arms.

An insidious ideology undermining of all these concepts crept into the United States about 1900, though it had beginnings much earlier, and has always had a following.  It was the philosophy known as Progressivism, or more generally Leftism. Secular Humanism contains many of its elements.

Two of the main differences in Progressive philosophy are: man is perfectible, not limited; man is unconstrained by outside forces, either God or nature.  Progressivism is, essentially, a religion which substitutes the government for God.

In a brilliant address to the Federalist Society, Attorney General William Barr explained the disadvantages Conservatives have in a contest with Progressives:

In any age, the so-called progressives treat politics as their religion. Their holy mission is to use the coercive power of the State to remake man and society in their own image, according to an abstract ideal of perfection. Whatever means they use are therefore justified because, by definition, they are a virtuous people pursing a deific end. They are willing to use any means necessary to gain momentary advantage in achieving their end, regardless of collateral consequences and the systemic implications. They never ask whether the actions they take could be justified as a general rule of conduct, equally applicable to all sides.

Conservatives, on the other hand, do not seek an earthly paradise. We are interested in preserving over the long run the proper balance of freedom and order necessary for healthy development of natural civil society and individual human flourishing. This means that we naturally test the propriety and wisdom of action under a “rule of law” standard. The essence of this standard is to ask what the overall impact on society over the long run if the action we are taking, or principle we are applying, in a given circumstance was universalized – that is, would it be good for society over the long haul if this was done in all like circumstances?

For these reasons, conservatives tend to have more scruple over their political tactics and rarely feel that the ends justify the means. And this is as it should be, but there is no getting around the fact that this puts conservatives at a disadvantage when facing progressive holy war, especially when doing so under the weight of a hyper-partisan media.

One of the most pernicious ideas promoted by Progressives is the concept of a “living Constitution”. This eliminates effective Constitutional restraints on government.  Judges are to implement Progressive policy preferences that exist at the time the ruling is made. Those preferences change with time and whim.

Conservatives or originalists believe the Constitutional law should only be changed by the amendment process.

The Progressive agenda is fluid and changeable, dependent on what is in vogue with the knowledge elites at the moment.

In the American judicial system, Judges are to follow the law fairly and impartially, with reference to the written law and deference to the legislature. They are *not* to create their own law, or to work to advance a particular agenda, or to advantage or disadvantage particular groups. When they create law contrary to the U.S. Constitution or state constitutions, they violate their oaths. When they advance a political agenda by their selective interpretation of law, they violate their oaths.

Progressive theory holds that judges should always judge the law by the outcome of the law, in particular, as it affects the Progressive agenda. This makes judges into super-legislators, or worse, tyrants.

Most judges, in ordinary cases, do not have the ability to change law. Judges and justices change the law in appellate courts and supreme courts in the states and the federal system.

Honorable people expect judges to be constrained by their oaths; judges who subscribe to Progressive ideology do not believe oaths should be adhered to, if they interfere with the Progressive agenda. Progressive ideology considers oaths to be mere superstition, if not backed up by the ability of someone to enforce them.

A short and incomplete list of the legacy (progressive) media is the New York Times, AP, the Washington Post, The LA Times, ABC, NBC, CBS, CNN, and many more.

What would have happened with Justice Ginsburg if the legacy (progressive) media had claimed she was as much a threat to the Republic as they have claimed President Trump is a threat?

Instead, the legacy (progressive) media have consistently promoted Progressive ideology.

The checks and balances of the Constitution have been disabled, undercut, and broken as Progressive ideology became the ideology of the elite in our educational and media institutions.

It is easier for a population to change its elite than it is for the elite to change their population.

In the U.S. Constitutional system, there is a remedy. The remedy is to elect a President who appoints the judges, a President who will appoint individuals who have shown they respect the Constitution, who respect the rule of law.  Those individuals must have honor and integrity. By definition, this rules out judges who value Progressives ideology above truth or honor.

President Trump is in office because the Progressive media is losing its grip on the information flow in American society. As it loses its grip, legislators will be less fearful; the population will be better informed, and the checks and balances in the American Constitutional system will work better.

As Progressive judges are replaced with honorable judges, an expectation of judicial rulings consistent with the Constitution will no longer be naive.

No elite gives up power willingly. The media elite are fighting to keep their power with all their might.