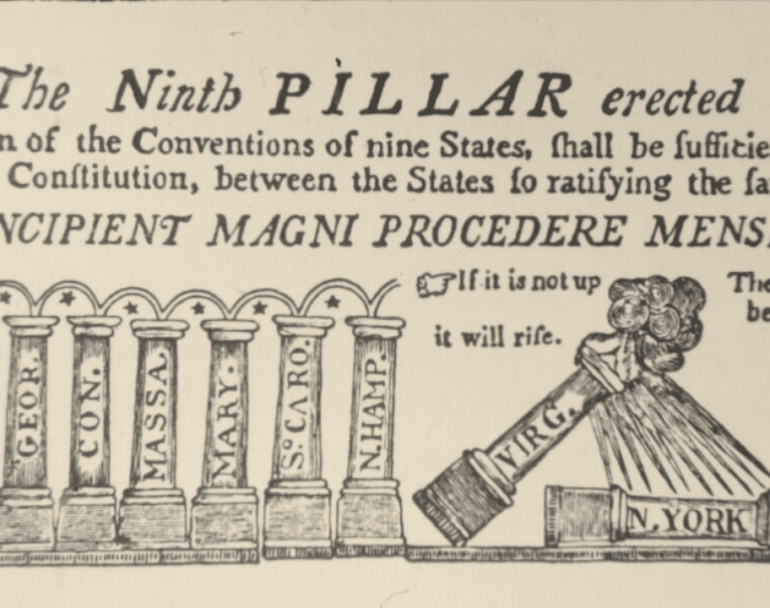 The Congress shall have Power . . . To make all Laws which shall be necessary and proper for carrying into Execution the foregoing Powers, and all other Powers vested by this Constitution in the Government of the United States, or in any Department or Officer thereof.

As explained repeatedly by the Constitution’s advocates during the ratification debates, this clause is not actually a grant of power. It is what lawyers call a recital. If the provision were absent, the correct legal interpretation of the Constitution would be the same. The Clause has an explanatory function. It helps to clarify meaning and prevent useless arguments. It clarifies that, unlike the Articles of Confederation (but like most power-granting documents) the Constitution should be read in light of the doctrine of incidental powers.

Here is a simple example of how the doctrine of incidental powers works. The Constitution grants Congress authority “to establish Post Offices and Post Roads.” Does “to establish” a road include the power to build it? One might construe “establish” as narrowly as reasonably possible, and thereby exclude road building. Thomas Jefferson once toyed with this position. But Jefferson was neither a framer nor a ratifier, and the dominant understanding was almost certainly different from his. This is because in the 18th century, the common legal phrases “establish post Roads” and “establish roads” encompassed authority to build them. The Necessary and Proper Clause tells us to adopt the usual interpretation, not the narrowest one.

For many years, constitutional commentators did not understand this. Most thought the Clause granted broad, undefined authority to Congress. This began to change when in 2004 I published an article amassing evidence how 18thcentury lawyers used clauses like this. The article also reproduced many explanations of the Clause issued by the Constitution’s advocates during the ratification debates. In 2010 three other scholars and I co-authored a book producing additional evidence along the same lines.

A newly published volume of the Documentary History provides still more evidence. It reprints an essay promoting the Constitution signed “A Subscriber.” The essay first appeared in the October 19, 1787 Philadelphia Independent Gazetteer. The author was very upset with opponents’ persistent misrepresentations of its terms. Here’s what he had to say about the Necessary and Proper Clause.

In the 8th section, the power of Congress is declared and defined in several particulars, but as it was impossible to make all the laws at one time, which might be necessary to provide for the modes of exercising those powers, there is a general clause introduced which is confined to the powers given expressly by this Constitution to the Congress. It is, “to make all laws which shall be necessary and proper for carrying into execution the foregoing powers and all other powers, vested by this constitution in the government of the United States, or in any department or office thereof.” This certainly is not so much power as every other legislative body on this continent has, for the powers of this Congress are confined to what is expressly delegated to them; and this clause for enforcing their powers is confined merely to such as are explicitly mentioned. Yet have the words been stretched and distorted by some writers so as to give a power of making laws in all cases whatever. Nothing betrays the base designs of a writer more than his perversion of a plain meaning, which he often does by laying hold of some words and dropping others so as to make the fairest conduct appear in a shape that itself abhors.

Postscript: The Latin in the cartoon above, Incipient magni procedere menses is from the 4th Eclogue (moderately short poem) of the Roman poet Virgil. The founding generation was deeply steeped in the Greek and Roman classics, and this is but one example. The poem is about the beginning of a new age, and this phrase is translated literally as “The great months will start to proceed” and loosely as “A new age will begin.” The cartoonist expects a new age to begin once the states (pillars) have ratified the Constitution.

The two Latin inscriptions on the Great Seal reproduced on the dollar bill—Novus ordo seclorum and Annuit coeptis also are adaptations of phrases from Virgil’s works. The former is also from the 4th Eclogue, while the latter derives from a similar phrase in the Aenead, Virgil’s lengthy epic poem–in my opinion the most powerful work in all Latin literature. For more information, see articles here and here.

Incidentally, the phrase “necessary and proper” is itself a translation from a Latin phrase once common in English documents: necessaria et opportuna.