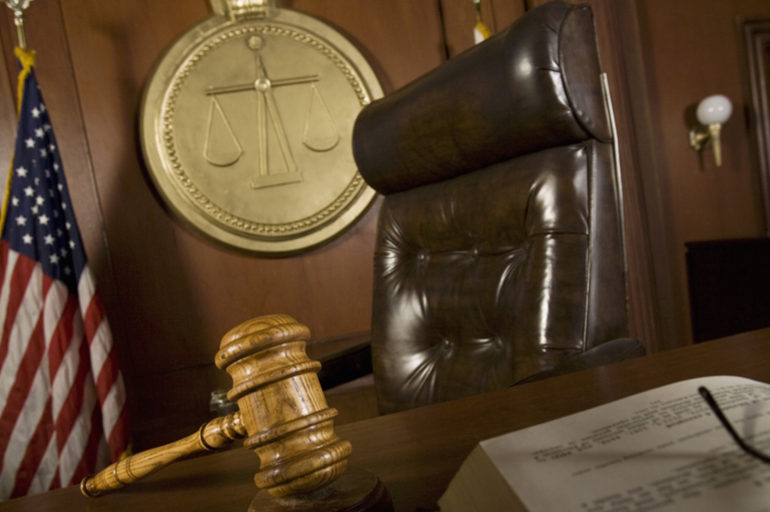 I am in the midst of a series of posts about the constitutional power of impeachment. I began outlining my overall thesis: that the power of impeachment is, as a matter of constitutional principle, remarkably broad and that it deserves to be taken more seriously as an intentional check on abuse of power by executive and judicial officeholders. In my second installment, I explained my interpretive method: original-public-meaning textualism, and all that such an approach implies. I ended that post with a plea for principled and consistent application of principled constitutional criteria. I promised to test my own prior academic writings on impeachment by that standard. Returning to the main flow of the series following last week’s digression – a post discussing whether Vice President Aaron Burr could constitutionally have been impeached for killing Alexander Hamilton on July 11, 1804 – I now honor that promise.

Today, I will quickly survey my past writings on impeaching judges. Tomorrow, I will review what I have said about impeaching presidents. You decide: Have I been consistent? Or have I trimmed my views to suit the occasion?

The Propriety of Impeaching Judges for (Believed) Misuse of Judicial Power

In 1989 – nearly three decades ago – I published an article advancing the argument that lower court judges who are fully persuaded that Roe v. Wade was wrongly decided should decline to follow and apply it as law. I have revised, slightly, certain other positions taken in that article – mostly concerning interpretive methodology. But I still maintain that lower court judges rightfully may, and should, refuse to follow Roe.

My argument was in part moral: that judges should not apply law against conscience, where it matters greatly (as it does with abortion). Instead, they should recuse themselves – or, in extreme cases, resign – rather than commit a grave moral wrong. My argument was also in part legal: that faithfulness to law does not require obedience to Roe but defiance of it. The meaning of the Constitution is determined by its text, structure, and history, not by judicial precedents (like Roe) contrary to the Constitution’s true legal meaning. The obligation of the judicial oath is to the Constitution, not to erroneous departures from it by courts from which an appeal of a lower court judge’s decision lies. And nothing in the language or structure of Article III actually requires a contrary practice.

The specifics of my argument are mostly beside the point I want to make here – which concerns impeachment: I recognized in 1989 that my position was controversial and highly contestable, and that it would properly lie within the scope of the impeachment power of Congress to act on a different view. Congress might well seek to impeach and remove a judge for deliberate refusal to follow “controlling” Supreme Court precedent.

My argument was not that lower court judges could do whatever they liked. Nor did I suggest that the impeachment power could not properly reach judicial conduct. Quite the contrary, I noted that the precedent-defying lower court judge should be prepared to face impeachment: “the truly courageous, principled pro-life federal judge who is ordered to apply pro-abortion law contrary to conscience should take his case all the way to an impeachment trial on the Senate floor, if necessary.” I ventured that it might be difficult to muster a two-thirds majority to remove a judge on an issue of conscience, rather than a matter of corruption and, further, that, if the Senate failed to convict, that might send a strong signal to other judges “that Roe is unenforceable except by the active concurrence of lower court judges.” If the Senate did convict, “the courageous judge would still have made a more important moral contribution to the law than he could have made any other way.”

Implicit in all this was an understanding that Congress constitutionally can exercise the power of impeachment to remove judges who exercise the judicial power deliberately to flout what Congress judges to be the obligations of judicial duty.

The impeachment power properly extends to important disagreements about the faithful performance of constitutionally assigned responsibilities. In my view, a lower court judge properly can and should defy grotesquely wrong Supreme Court interpretations of the Constitution; should act in obedience to the Constitution rather than “controlling” precedent, where the two conflict; and should in no event apply pro-abortion law contrary to pro-life conscience. But that does not control the exercise by Congress of its independent impeachment power as a check on the believed willful abuse of judicial power. The scope of the impeachment power permits Congress to act on its own view of the obligations of judicial duty and of what might constitute a violation of the judge’s oath.

Jump ahead a quarter of a century. I took the same broad view of the power to impeach judges for believed misuse of judicial power in 2016, in an article entitled “Checking the Court.” There, I defended, among other propositions, the propriety of “impeachment for abuse of judicial power” – specifically including impeachment for believed abuse of the judicial case-decision power in the form of rendering judgments and issuing opinions affirmatively contrary to governing law, including governing constitutional law, as Congress understands it. I will return to and develop some of the ideas, arguments, and evidence set forth in that article late in this series of posts.

That 2016 article in turn built upon a position I took in a 2003 article for the Michigan Law Review entitled “The Irrepressible Myth of Marbury.” The term “high Crimes and Misdemeanors,” I wrote, legitimately “can extend to violations by an executive or judicial officer of his or her constitutional oath and constitutional responsibilities, as determined by the ultimate independent judgment of the House and the Senate.” It followed that Congress “may impeach and remove a President whom Congress sincerely believes has acted in deliberate violation of the Constitution or of his congressional duties.”

And that same principle applied to judges, even though such a conception contradicted the modern era’s dominant (if badly mistaken) understanding of judicial supremacy: “Congress,” I wrote, shockingly, “may impeach and remove federal judges, including justices of the Supreme Court, who in the ultimate judgment of Congress, act in deliberate violation or disregard of the Constitution or otherwise willfully ignore, manipulate, or disregard controlling law.”

There might be reasons “for restraint in the exercise of such power,” I conceded. I further acknowledged room for debate over whether impeachment on such grounds fit the meaning of “high Crimes and Misdemeanors.” But, I argued, Congress properly can exercise its own independent interpretive judgment on these questions as well: “there is no reason in principle why Congress is barred from independent consideration of these prudential and constitutional questions by reason of a claim that the judiciary’s decisions are immune from constitutional scrutiny by the other branches.”

I have thus been consistent over the years – perhaps dismayingly so, to some – in defending a power to impeach judges for believed abuse of judicial power.

The only point on which I might be inclined to retreat, slightly, is my suggestion, in the 2003 Michigan Law Review article, that presidential or judicial violations of the Constitution, to be impeachable, probably ought to have been “deliberate” – if my choice of words is taken in a strong mens rea sense – and that impeachment should be limited to officials who “deliberately and flagrantly” violate the Constitution or their oaths. I am now not so sure that any specific state-of-mind state is required: objectively impeachable misbehavior by a president or judge probably should be regarded as impeachment-worthy irrespective of the official’s subjective good-faith belief in its propriety. (Perhaps my positions can be harmlessly reconciled on the theory that misconduct is sufficiently “deliberate” when engaged in intentionally, irrespective of subjective awareness that the wrongdoing was wrong.) I adhere to the view that prudential judgment might legitimately reserve the exercise of the power of impeachment on such grounds to clear cases, and that impeachment seems most justified where abuse of judicial power appears to have been willful and intentional.

Finally, in 2015, I advanced – with my co-author and son, Luke Paulsen – a capacious (but not unlimited) view of the impeachment power, in our book, The Constitution: An Introduction. We wrote in general that the term “Treason, Bribery, or other high Crimes and Misdemeanors” was “broad” and “gives the House substantial discretion to decide what kind of misconduct is sufficiently important to justify removing a person from office.” The Senate “conducts the impeachment trial and determines whether the impeached official is guilty as charged by the House – a power that vests the Senate with similarly sweeping discretion.”

Specifically as to judicial impeachments, we noted Hamilton’s statements in The Federalist embracing the power of impeachment as a check against abuse of judicial power as well as a check on the executive and offered this paraphrase of Hamilton’s prescription:

Congress could impeach and remove federal judges if they repeatedly and deliberately abused their power to interpret the Constitution – a drastic measure, reserved for drastic abuses and one that Congress has never found fit to use, though it came close early in our nation’s history, impeaching (but not convicting) Justice Samuel Chase in 1804 for his partisan decisions and perceived abuse of judicial power…. Judges have been removed for ordinary crimes like receiving bribes or obstructing justice, but not (yet) for abuse of their constitutional power to interpret and apply the law.

All of which leads to the fascinating question: What is the proper conclusion where a rabidly partisan, power-abusing judge is impeached and tried, essentially on the grounds of such partisanship, but out of equally partisan motives on the part of a Congress dominated by the opposite political party? Our book did not take a firm position in 2015. I am inclined now to think impeachment constitutionally allowable on such grounds – that the seemingly unseemly partisan anti-partisanship of Congress is not disqualifying if impeaching a judge on grounds of his unabashed partisanship in performing judicial duties is otherwise proper. But I view the question as at least reasonably close and fairly arguable.

Tomorrow, I continue the examination of my own consistency (or not) by looking at what I have said over the years concerning presidential impeachment.