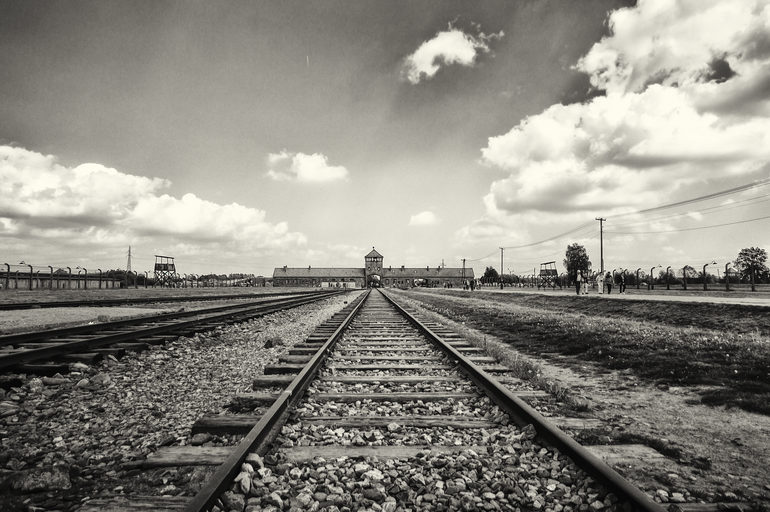 The American constitutional order is disintegrating. Members of Congress reject their duty to enact rational, coherent budgets or even to read, understand, and approve the legislation on which they vote. The American people are ruled more by regulations, Executive Orders, and administrative “guidance” than by law. University administrators, local politicians, and shadowy high-tech corporations increasingly stifle the voices of dissenters from the progressive orthodoxy, even as they empower “antifascist” bullies to threaten, dox, and physically assault them. Religious dissenters are ordered to actively celebrate ceremonies their consciences disapprove while religiously affiliated crisis pregnancy centers are told to advertise abortion services. And California, our elites’ trendsetter, has declared its intention to nullify federal legislation universally acknowledged to be constitutional in origin, substance, and form.

How did the United States reach this point of crisis — a crisis arguably deeper than any since the Civil War? As with the Civil War, the crisis centers on the relationship between law and morals. The Civil War resulted from deep differences regarding the legal status of the union (its ability to bind the states) and the moral status of laws maintaining slavery. Traumatized by the conflicts of war and reconstruction, legal scholars in the United States, as in Europe, increasingly moved toward a jurisprudence of legal positivism, separating law and morals in significant measure as an attempt to prevent moral conflict from disrupting the civil social order. But positivism has not brought peace. Instead contempt and outbursts of crude but moralistic ideology have become the norm as today’s professional managerial class seeks to use state and elite cultural power to replace traditional values and institutions with a stultifying web of progressive structures and movements.

This is not the first time separating law from morals has backfired. Heinrich Rommen faced the consequences of that tragic choice more than 70 years ago. Jailed when the Nazis came to power through manipulation of formal legal rules, he fled to the United States as Hitler was bending the law to serve his own murderous will. Republished by Liberty Fund in 1998, The Natural Law: A Study in Legal and Social History and Philosophy, first published in German in 1933, then translated and expanded into an English edition in 1947, is Rommen’s response, not just to Hitler, but to all who seek to eliminate natural law reasoning as a threat to rational order. For Rommen there can be no such order over time without recourse to a higher standard than the state. As Rommen points out, no society developing beyond subservience to supposedly immutable laws of tribal deities can avoid the question “Wherein lies, properly speaking, the ethical foundation of the coercive power of the state’s legal and moral order?”

Positivism is, Rommen shows, a perpetually doomed attempt to avoid this question. It “has only one criterion for law: the will of the sovereign formulated in accordance with the legislative process prescribed by the constitution…. It has no place for material legitimacy.” Positivism’s focus on (usually “democratic”) procedures prioritizes the will of the majority over human reason, thereby undermining people’s ability to recognize and oppose tyrants. Over time, however, positivism cannot escape the “perpetual recurrence of natural law.” Pure or corrupt, people’s inborn desire for meaning will be reflected in the legal sphere.

Rommen outlines two visions of natural law thinking central to Western Civilization since the Ancient Greeks. The first sees law as rooted in metaphysics; the truths of our nature, our ends, and our place in the order of being are embodied in law. Human laws are properly law, then, to the extent they respect our nature, ends, and place. The second, more liable to corruption, sees legal obligation as conventional, arising from a mythical state of nature in which people established an authority over themselves, with its decrees binding because of its sovereign position. Rommen insists that each of these views points to an understanding that law, in all its diversity, has for its source a law beyond any particular tradition, higher and more authoritative than the will of any ruler.

One might wonder whether a vision that encompasses Rousseau’s radicalism — which Rommen connects with the murderous French Revolution — should be seen as a genuine form of natural law. Rommen makes clear the dangers of the second, “natural rights” vision: it requires robust constitutional protections lest it devolve into tyranny and chaos; it too easily descends from respect for the person as a social being possessed of intrinsic dignity into an atomistic individualism that empowers the state at the expense of family and community; unchecked it ultimately will identity the will of the majority with the objective good. Moreover, in the Early Modern Era the rise to dominance of the natural rights vision — as exemplified by Hobbes’ celebration of Leviathan — allowed for the breakdown of traditional natural law understandings throughout the West. The medieval era and the late-scholastic era that followed in Catholic Europe nurtured understanding of man’s place in the order of existence and the role of reason and law in establishing good order. Unfortunately, early modern thinkers such as Hobbes, Pufendorf, and Kant began separating the individual person and his reason from their social and metaphysical context; in the process they began separating law from morals.

Even in its “agnostic” form, however, natural rights thinking shares with traditional natural law the essential recognition that we can access, if imperfectly, the rational order of existence and so work out a pattern for our lives together. Like traditional natural law, natural rights theory recognizes that laws, like people and their communities, have real, discernible purpose. What positivists dismiss as subjective moralizing, natural lawyers of all kinds understand as our inborn drive to lead purposeful lives within a network of important, overlapping relationships that tie us to a variety of communities and common goods we must serve to fulfill our ends. Law fulfills its own ends by maintaining good order, in which each of us can understand and achieve virtue as the capacity to see and serve the common good.

Any call to virtue risks charges of dictatorial designs. But, as Rommen points out, law cannot force us to do or avoid doing any specific thing. Law is part of a fabric of social rules, conventions, and traditions that bind us through reason. A law against theft does not force us to refrain from stealing, instead helping us recognize that we ought not steal. Law stands for the reasoned determination that, for example, “I ought not take that item because it belongs to someone else.” That determination may be backed by force but it is not caused by force. Moreover, to the extent laws are seen purely as threats they are less often followed, and force itself often cannot save them; desuetude, oppression, or revolution result.

The obvious charge, at this stage, is that natural law merely privileges tradition or (perhaps insincere) religious belief as the grounds for its norms. Hans Kelsen sought to explain law’s normative basis without reference to metaphysics, arguing that each norm can be based only on another norm, culminating in a hypothetical highest norm. As Rommen points out, the paradox of Kelsen’s position — of a hypothetical fact being taken as an ordering good—can be avoided only when we accept “the oughtness of being.” We can formulate just standards of conduct only by reference to an ordered universe containing ordered persons. Law, then, must be made and judged in reference to a higher, universal law. None of this is to say that no imperfectly just law can bind the conscience. Aquinas himself recommended a general practice of following even unjust laws in the interests of good order — provided these laws do not directly prescribe wrong conduct. Far from an apology for tyranny, Aquinas’ counsel calls for prudent judgment and insistence upon law’s limitations. Far too often, the doomed attempt to remake the world through law brings oppression. As Rommen puts it: “The law cannot engender life, nor can it take the place of love. It can and should be but an inherently limited order that exists for the purpose of protecting life.” Law “only guides the unruly vital forces (e.g., self-interest, the sex drive, the will to power, the acquisitive urge) in order that man can really live as man.”

The End of Legal Positivism

Positivists’ desire to limit the capacity of would-be messiahs to bend the state and people to their will is laudable. But the separation of law from morals violates human nature, for we are by nature moral beings. Thus, after decades of dominance by positivists, we have not achieved rational discourse. Instead, from the courtrooms of activist judges to arid faculty lounges, to the cadre-led “masses” on the streets, we are subjected to degraded natural rights thinking that undermines good order in pursuit of ignorant fantasies of “social justice.”

If Rommen’s Natural Law seems at times to leave too much room for judicial discretion in determining legislation’s purposes and intrinsic logic for some readers, the reason is not hard to find. In Rommen’s day the judicial and philosophical world he described remained active in parts of the West. Today, the common law reasoning and traditions of judicial decision making that once guided judges in their work are all but lost. Moreover, as the state has taken over the roles of primary institutions and natural associations, law itself has been stretched beyond its capacity for coherence, let alone rational application. From such poisoned ground only stunted fruits may grow. The sad parodies of natural law so influential today — from John Rawls’ dressed up progressive prejudices to even less coherent calls to cosmic social justice—are signs of what Rommen terms the “perpetual recurrence of the natural law.” They also are signs that this recurrence will not of itself restore reasonable laws unless and until we recover our understanding of law as a call to ordered virtue — properly shaped and limited by our more fundamental social institutions.