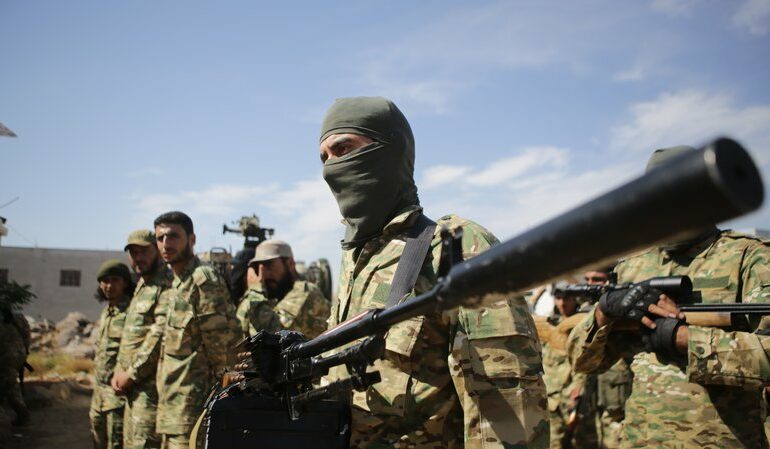 An explosion of criticism had erupted in Congress and the news media in response to President Trump’s decision to withdraw a small contingent of U.S. troops stationed in northern Syria. Those forces served as a (mostly symbolic) barrier to Turkey’s ambitions to conduct a military offensive against Syrian Kurdish forces there. Ankara has now initiated that offensive.

Republican hawks and Trump’s automatic adversaries among congressional Democrats are united in excoriating his decision. Much of the criticism has focused on the alleged betrayal of Washington’s Kurdish allies. Opponents of the move argue that the Kurds have been brave, invaluable fighters against ISIS, suffering approximately 11,000 fatalities in the process. Most of the Kurds are allegedly Western-style democrats as well, making the abandonment even more odious. Trump’s callous decision to give an implicit green light to the autocratic government of President Recep Tayyip Erdogan to invade Kurdish territory, his detractors argue, also may lead to a bloodbath at the hands of the Turks, an ISIS resurgence, and benefit the interests of Russia and Syrian dictator Bashar al-Assad. The latter set of accusations is internally contradictory, since both Moscow and Damascus are staunch enemies of ISIS, but that difficulty does not seem to impede Trump’s critics.

The president’s decision is far from being the most honorable episode in America’s foreign policy. But as I discuss in a new National Interest Online article, it is hardly unprecedented. The United States has had a long history of forging alliances with Kurdish factions throughout the Middle East, only to jettison those alliances when they proved inconvenient. The reality is that Washington cannot back Kurdish ambitions for an independent homeland without antagonizing almost all other factions in the region and further destabilizing Iraq, Syria, and NATO ally Turkey. Although U.S. officials may consider temporary partnerships with the Kurds as useful from time to time—as the joint campaign against ISIS demonstrated—Washington is not willing to jeopardize an array of relationships that are considered more central to U.S. interests. It may not be pleasant to admit, but major powers frequently discard small clients on the basis of such considerations, and the United States is no exception.

A more important issue is what kind of Syria policy would Trump’s opponents advocate? Turkish leaders regard the Kurdish enclaves in both Syria and Iraq a serious threat to Turkey’s own security and territorial integrity. That is not an irrational fear, since roughly half of the Kurdish population in the Middle East resides in Turkey, and the Marxist Kurdistan Workers Party (PKK) has waged an intermittent secessionist war against Ankara for more than three decades. Erdogan charges that the PKK is a terrorist organization and that Syrian Kurds have close ties to the PKK. He is not entirely wrong; the largest faction did begin as a PKK offshoot.

Unless Washington is willing to keep U.S. troops in Syria as buffer between Turkish and Kurdish forces indefinitely, there is no way to prevent a showdown. Opponents of Trump’s initial withdrawal decision implicitly seem to be adopting that position. But America already has one forever war in Afghanistan. Only the most masochistic individuals would wish to acquire another one in Syria. Defenders of the Afghanistan mission dare to warn against a “premature” withdrawal from that arena—even though the conflict is about to enter its 19th year. One can readily envision defenders of the Syria mission still cautioning against a “premature” withdrawal of U.S. troops from that country in 2048.

The United States should not have meddled in Syria in the first place. U.S. policy, including the unconstitutional presidential war the Obama administration initiated, is responsible for helping to destabilize that country and create most of the current problems. In his typically clumsy fashion, President Trump has mismanaged the optics of disengaging from the U.S. military partnership with the Syrian Kurds. But the substance of the decision is correct—and it needs to be the initial phase of a total withdrawal from Syria. The United States already has expended too much treasure and blood in another foolish regime-change crusade. It is past time to cut our losses. Another forever war is beckoning, and we need to rebuff the invitation.