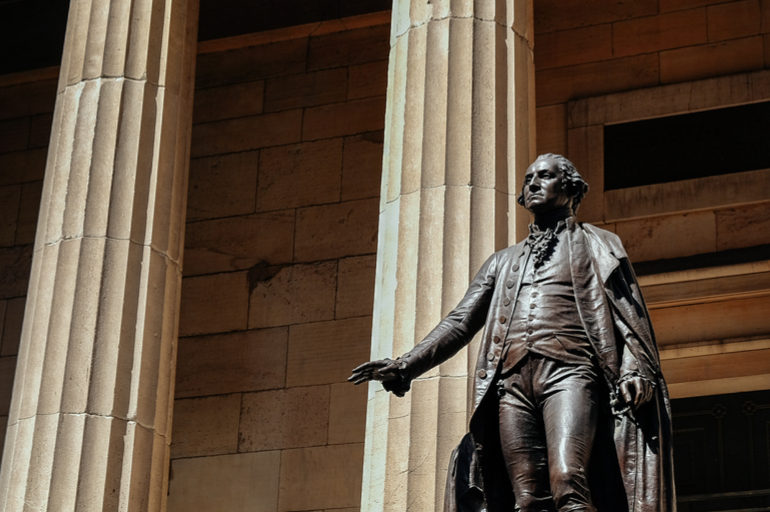 In the Declaration of Independence, the Founding Fathers complained that George III had “erected a multitude of New Offices, and sent hither swarms of Officers to harass our people and eat out their substance.” Wary as they were of such meddlers, needlers, and bullies, the Founders would shudder at the sight of the modern administrative state. No one is sure how many federal agencies exist. The Code of Federal Regulations contains some 180,000 pages, and many mandates come in the form of binding agency “guidance” papers not published in the code.

Although the Constitution vests “all legislative Powers” in Congress, our lawmakers have handed much of that authority to the executive branch. Congress instructs an agency to act “equitably”; then the agency creates the rules that govern the citizenry’s behavior—that is, the law. Scarcely anyone even pretends to respect Locke’s contention that the people empower their representatives “only to make laws, and not to make legislators.”

Some friends of liberty hope to see the judiciary bring the civil servants to heel. They hope above all that judges will begin blocking the legislature’s efforts to surrender power to the executive. Although the Supreme Court last barred such a delegation in 1935, this year it might declare, in Gundy v. United States, that Congress granted the Justice Department too much discretion in implementing a sex-offender registration law.

Whatever the result in Gundy, however, the Court will never void many delegations. And it will not turn the scale against the administrative state. The bureaucracy is too vast, too strong, too obdurate.

The belief has taken root in every elevated mind that the judiciary is the republic’s great protector. It was not supposed to be so. Those of the Founders who endorsed the power of judicial review agreed with Justice Iredell that it is a “delicate and awful” instrument reserved for “a clear and urgent case.” The judiciary was to block only the most obvious constitutional violations. It was to thwart another branch’s effort to overthrow the Constitution altogether.

But our federal judges, wrote Brutus, Anti-Federalist of New York, “are independent of the people, of the legislature, and of every power under heaven.” “Men placed in this situation,” he observed, “will generally soon feel themselves independent of heaven itself.”

The Court’s role has advanced far beyond what even Chief Justice Marshall could have imagined. It is not just that some of the justices read the prejudices of their class into the Constitution (though they do); it is that the Court declares laws and acts unconstitutional, often by a vote of five to four, as a matter of routine judicial business.

The Court should do less, not more. It should release power to the other branches, not (except in a “clear and urgent case”) moderate the flow of power between them. None of the three branches, Madison wrote, may “pretend to an exclusive or superior right of settling the boundaries between their respective powers.” These are words to live by.

Madison and Jefferson expected the three branches to share the task of interpreting the Constitution. Government officials still swear, in accord with Article VI, clause 3, to bear the Constitution true faith and allegiance. The question arises therefore why Congress so readily forfeits power in defiance of Article I.

The answer is an involved tale, one that touches on the rise of party spirit, the advent of the New Deal, and the triumph of the interest group. But most of the Founders, upon hearing the story, would draw a simple conclusion. These men were students of history; and history’s first lesson, they believed, is that a nation cannot endure without virtue. A republic’s leaders must place what is right above what is easy, what is proper above what is pleasing.

The opposite of virtue, the Founders thought, is corruption. Corruption is stoking a sense of grievance, entitlement, or dependency in others. It is striking heroic poses instead of maintaining the roads. It is letting the state spend money it does not have. And it is distorting the fundamental law to achieve a political end. “So long as we are a young and virtuous people,” said Hamilton, the Constitution “will bind us together in mutual interests, mutual welfare, and mutual happiness.” “But when we become old and corrupt,” he warned, “it will bind us no longer.”

Our Founders were sons of the Enlightenment; they trusted in reason and in nature’s God. It is hard not to wonder whether, given a glimpse of our day, some of them would lament the effect of untrammeled doubt. “Of all the dispositions and habits which lead to political prosperity,” Washington wrote in his Farewell Address, “religion and morality are the indispensable supports.” The value not only of religion, but of rules, of duty, of virtue, must stand to some unknown degree upon faith. Ours, meanwhile, is an ever more faithless society.

Did the men who launched our nation always embody their ideals? Did they invariably confirm the worth of the “sacred Honor” they invoked at the close of the Declaration? Obviously not. They owned slaves. They dueled. And, of course, they were no strangers to vicious and underhanded political tumult. For those who treat modern sensibilities as hegemonic, the Founders’ flaws are blinding. Even those who most admire the founding generation must, when confronted with its inconsistencies, admit the difficulty of saying anything conclusive about how ideas affect conditions in any era.

We, however, are determined to learn whether restrained, responsible, disciplined—in a word, constitutional—government can long survive the death of civic piety.