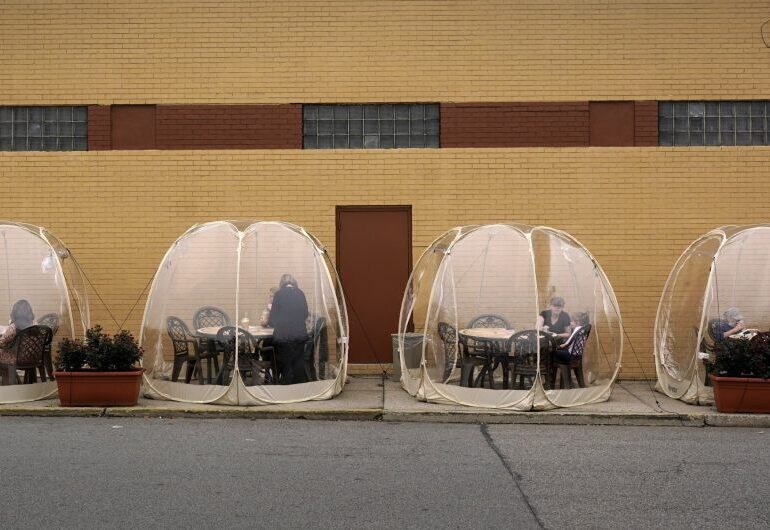 Out of Great Barrington, Massachusetts came a declaration of independence, of sorts—independence from the ruling epidemiological consensus on the current pandemic. Originally signed by three prominent epidemiologists at Harvard, Stanford, and Oxford, the Great Barrington Declaration addresses the current pandemic from a heterodox perspective. It advocates for something called “Focused Protection” in lieu of our current collection of wildly different Covid policies across the US and around the world. While many details aren’t included, the authors vaguely define focused protection as shifting “the central aim” of Covid prevention policies to the protection of those most at risk. For those less at risk, the authors believe that “herd immunity” should be the goal, in conjunction with a vaccine once one is available. Otherwise, the less vulnerable should be allowed to go on living their lives. The authors present this in contrast to the “unfocused” approach that seems prevalent in most of the world.

The declaration cites as its raison d’etre the significant health trade-offs that have come with the current public health strategies. In particular, it notes that stricter limits on human activity to prevent the transmission of the virus have led to “lower childhood vaccination rates, worsening cardiovascular disease outcomes, fewer cancer screenings and deteriorating mental health—leading to greater excess mortality in years to come, with the working class and younger members of society carrying the heaviest burden. Keeping students out of school is a grave injustice.”

To say this document has set off a controversy would be an understatement. The Trump administration has embraced it. The New York Times quoted an expert who described the declaration’s “herd immunity” approach as “nonsense.” Tyler Cowen has significant doubts about the approach. The Los Angeles Times editorial board calls the declaration a “deception”.

I for one am not a disease expert, although I have opinions about the problems with a “one size fits all” approach to Covid. And while I have mixed feelings about the content of the Great Barrington Declaration, I appreciate how this project has generated a discussion about our current explicit policy goals in the fight against Covid.

Back in March, before the world got weird, the argument for lockdowns and restrictions was simple and powerful. In the wake of the Italian healthcare system’s catastrophic failure to handle its first major Covid outbreak, public health officials and political leaders across the globe almost unanimously decided to pursue a lockdown for what they claimed would be a few weeks in order to “flatten the curve” and avoid overwhelming hospital systems. Trust me on this, you didn’t dream it.

Now more than eight months into those “few weeks,” the Great Barrington Declaration is forcing us in the developed West to answer a question that we have needed to discuss honestly and publicly for a while: what’s the goal now? What are we trying to accomplish with the myriad of frequently changing collections of Covid policies that are still in place in some locales and may be reimposed on others?

We don’t hear about curve bending, let alone flattening anymore. Instead, we hear about “public safety,” “protecting Grandma and Grandpa,” mask wearing, and social distancing. There have been recent threats of more “targeted” lockdowns because of increasing cases. None of these are goals—they are practices without a clear end in sight. No one in the White House, Congress, state legislatures, or governors’ mansions is articulating a clear goal or timeline. What’s more, the trade-offs associated with this messy collection of policies have been significant and deadly.

Public health experts talk about “excess deaths,” which are essentially additional deaths in a place over a time period above what you would have predicted under normal conditions. Since the beginning of the year, the US has experienced about 300,000 excess deaths, which is a lot. The number directly attributable to Covid is “only” about 200,000. So Covid has killed 200,000, but another 100,000 Americans have died while these policies have been in place. Health officials widely point to higher rates of serious health problems that aren’t being treated because of fear associated with Covid. For example, the heart attack death rate has doubled since the pandemic began. Many of those other excess deaths might be attributable to our Covid policies, not the virus. That’s a failure on both counts. We haven’t prevented 200,000 deaths from Covid, and our lockdowns and draconian approaches lasting for months have at the very least contributed to another 100,000. Individuals who cannot afford to do so are forgoing basic health services. Heart attacks, strokes, and many other significant health problems are occurring and not being treated because of fears related to the pandemic. And perhaps most dangerously, these extra deaths not directly attributable to Covid are occurring among younger Americans between 30 and 60 who are not at high risk of dying from the virus, but are foregoing treatment because of misplaced fear.

Waiting in isolation for months without a clear set of goals decreases cohesion and trust among the governed. At the regime level, this opens up the possibility for a growing chasm between the governed and governors.

This is to say nothing of the suffering the virus and the containment policies have caused in the developing world where millions of people live from day to day. They aren’t rich enough to stay at home, watch Netflix, and chill. There are no virtual classes in poor public schools in Latin America, Africa, and Asia. We in the US are rich enough to temporarily get away with this odd, bifurcated world where many of the wealthy work from home and their children receive private tutoring online, while other “essential” workers continue to work in their jobs and accept more risks.

Constructing public policy takes not only expertise, but a proper balance between risk and reward. Aaron Wildavsky’s work on this topic points out two reasons why public officials, in conjunction with citizens, must accept tradeoffs in the creation of safety policy. As Wildavsky argues, and the discussion of excess deaths clearly illustrates, seeking safety will inevitably increase danger in other areas. For instance, Wildavsky discusses attempts by the city of Los Angeles to promote the demolition of many older buildings throughout its metropolitan area because they were deemed unsafe in the event of an earthquake. City officials were trying to be proactive against possible deaths from older buildings collapsing. But as he notes, displacing 17,000 residents from those buildings and disrupting the commercial activity in many of them had consequences for health and safety. The same is true when new drugs are placed on the market. Many citizens benefit from the drugs, but a few can have severe side-effects.

Conversely, Wildavsky argues, somewhat paradoxically, that accepting risks can promote safety. Take any standard table or floor lamp. At the time that electric lamps were invented, people were somewhat concerned about running electric current right to their fingertips, but compared to burning gas and candles, it turned out to be much safer. The tradeoff was worth it and only through risk-taking experimentation did we discover that it was safe.

The problem with our current regulatory environment, as Wildavsky sees it, is twofold: resilience is not valued, and regulators and policymakers seek what he calls “perfect safety.” Our policymakers today are rejecting resiliency, making us poorer, less socially stable, less well-educated, and more divided. The second problem is that our health experts also seek some sort of ideal or perfect safety when it comes to Covid mitigation. When policymakers compete in a race to the bottom for draconian measures that fight Covid outbreaks only with brute force, they are lauded as being proactive without careful consideration of the harm these policies inflict.

More fundamentally, what have all of these Covid mitigation policies done for human flourishing? If we could reach the perfectly safe Covid life, would it be worth it? Aristotle reminds us of the problems that arise when individuals do not live socially. As he notes in the Politics, our natural state is in a social order like the city, the center of the ancient Greek world. He famously noted that the man not suited to social life in the city was either “a beast or a god.” But what often gets left out is the next sentence, where he writes, “There is then in all persons a natural impetus to associate with each other in this manner, and he who first founded civil society was the cause of the greatest good.” Our end goal should be the promotion of human flourishing, which requires the maintenance of civil society—the social world where we practice politics, associate freely, and achieve justice through the rules that evolve from our regular interactions. This process is halted in the Covid world.

But it’s not merely our rules and sense of justice that come from social life. Our friendships, described by Aristotle in book 8 of the Nicomachean Ethics, are profoundly important not only because of the good they do for us and our friends, but also because friendship is a substitute for state-enforced justice. When friendship is rich and deep in a political system, leaders do not need to resort to coercion and force. By instilling fear among all of us, politicians are fracturing friendship and subjecting us to lives that are not natural. We can easily see the roots of our recent civil unrest, rioting, and lawlessness during this pandemic in the isolation and breakdown of social and economic life.

None of these forced and consciously chosen disruptions were done in bad faith. However, isolation and separation from our friends, loved ones, and social life is not natural and not without cost. It can fracture our social fabric irreparably. Waiting for months without a clear set of goals decreases cohesion and trust among the governed. At the regime level, this opens up the possibility for a growing chasm between the governed and governors. Such a situation invites potential abuses of power.

The Great Barrington Declaration may not have all the answers, but considering how poorly we have done so far it may be a step in the right direction. This virus has perplexed and surprised us all, even the experts. This declaration is forcing us to start a much-needed conversation about what we are doing, what our goals are, and what’s necessary for us to reach them. Such a conversation is necessary because we still live in a representative, liberal, relatively open society. It’s time we returned to discussion as a pathway to policy: It’s time policymakers listened to alternative viewpoints and discussed them. It’s time leaders trust citizens again, lest the reciprocal trust of the citizenry in its leaders be inexorably ruptured. It’s also time that we acknowledge that a year lost in isolation may not be worth the risk to many millions of people throughout the world.