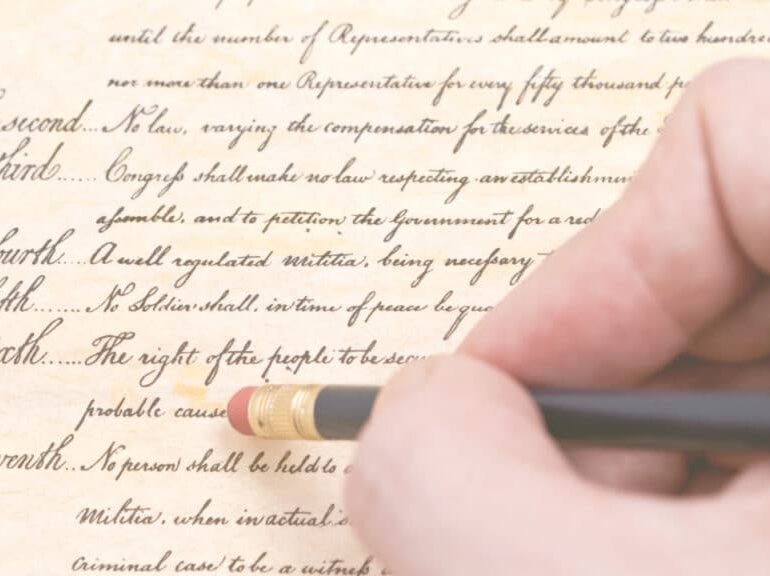 A lot of people just parrot things they hear without really thinking about it. If they did carefully consider what they were saying, they probably wouldn’t say it. This is particularly true when it comes to mass, warrantless surveillance.

The Lexington Police Department covertly uses two cameras that can be hidden in streetlights and one that is disguised as a utility box. Coupled with the fact that documents released by the LPD during legal proceedings reveal lax policies that could be interpreted to allow surveillance virtually any place at any time, I find the use of these cameras troubling.

But I’ve been told I have no basis to oppose the use of these cameras because, “You have no expectation of privacy in a public place.”

This is true in a technical, legal sense. But just because something is legal doesn’t make it just or ethical. And legality has virtually no bearing on how we live our lives.

And when you really did deep, most people don’t really believe this nonsense.

Based on the “expectation of privacy” doctrine, you can stand on the sidewalk in front of my house and take pictures of my daughter playing in the yard all day every day. You can even take pictures of my wife getting dressed through the window if she forgets to pull the curtains closed. Now, I may not have any legal expectation of privacy in my front yard or through my open blinds, but in the real world, I damn sure expect my daughter to be able to play in the yard and my wife to be able to get dressed free from your video-voyeurism.

The legal notion of “no expectation of privacy” in public is really meant to apply to incidental observation. I can’t come after you for taking a photo of a bird in my yard even if you happen to capture my daughter in the frame. I can’t demand police arrest you if you happen to glance up and see my wife through an uncovered window. I can’t get angry if I start dancing in a public park and you film me and stick it on YouTube.

But even from a legal standpoint, you can’t spy on me. At some point, your behavior crosses the line from incidental observation to stalking. I’m pretty sure if you saw me standing on the street taking pictures of your kids for hours on end, my insistence that you have “no expectation of privacy” would fall on deaf ears.

Government surveillance is more akin to stalking than incidental observation. If a cop positions a camera in such a way as to capture everything that happens in your yard, that’s a little creepy. It may be legal, but that doesn’t make it right.

In fact, government is held to a higher standard than everyday folks. The Fourth Amendment and privacy protections in every state constitution make this clear. For instance, Section 10 of the Kentucky State Constitution declares:

“The people shall be secure in their persons, houses, papers and possessions, from unreasonable search and seizure; and no warrant shall issue to search any place, or seize any person or thing, without describing them as nearly as may be, nor without probable cause supported by oath or affirmation.”

If government agents are going to watch me, they should have probable cause and get a warrant. Otherwise, they should leave me alone.

The issue of privacy was one of the flashpoints that led to the American War for Independence.

Prior to the Revolution, the British claimed the authority to issue Writs of Assistance allowing officials to enter private homes and businesses to search for evidence of smuggling. These general warrants authorized the holder to search anyplace for smuggled good and did not require any specification as to the place or the suspected goods. Writs of assistance never expired and were considered a valid substitute for specific search warrants. They were also transferable.

Electronic surveillance is the 21st-century version of writs of assistance. They allow police to go on fishing expeditions and watch our every move. They empower law enforcement to track us, document us and monitor us until they find a reason to come after us.

George Orwell’s 1984 was meant to warn us about ubiquitous government surveillance, not serve as an instruction manual.

This mostly comes from conservatives who demand “law and order.” But you should ask yourself a question: who is going to get targeted by surveillance when the government decides it wants to enforce a mask mandate? Or arrest people for attending a church service? Or when they come after a certain kind of gun? You are only one policy-shift away from having the digital crosshairs on your back.

Never forget, the power you give government over others — it also has over you.