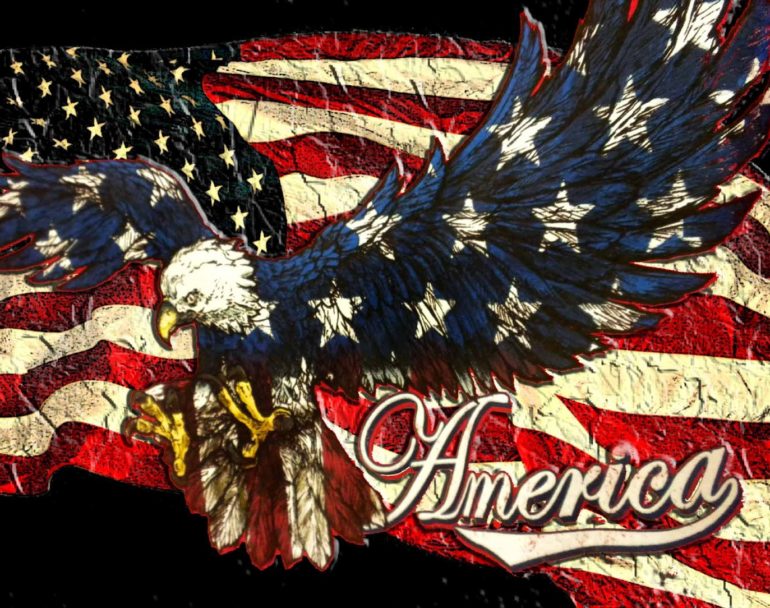 It is unfortunate that, for many Americans, Independence Day has simply become a holiday known as July 4th, and revolves around a gathering of family and friends with food and fireworks.
There have been various polls over the years and a couple of interesting videos that point out the declining knowledge of Americans as to what Independence Day is, when it was and what it signifies. As an example, a Marist poll a few years ago discovered that of 1,000 adult American citizens surveyed, only 58% knew what year we declared our Independence.

Independence Day is celebrated as that time when our Founding Fathers declared their Independence from the reigning tyrant of Great Britain, King George III. They envisioned a land where people — all the citizens — were free to exercise their unalienable rights, among those being “…life, liberty and the pursuit of happiness.”

To achieve that end, they mutually pledged “to each other our Lives, our Fortunes and our sacred Honor” and they fought, some to their death.

A long and hard Victory, with assistance from the French, finally occurred; first, upon the surrender of England’s General Cornwallis in October 1781 which led to their Parliament ending offensive operations in North America, and, ultimately, on September 3, 1783, when Great Britain signed the Treaty of Paris where they recognized the sovereignty of the United States.

And, so it became, that the 13 Colonies were free of their ties and subservience to England and our Founders then set upon the task to establish a country where no one person or group of people had domineering control over all citizens.

They achieved that goal in two stages: first was the creation and adoption of the United States Constitution on September 17, 1787, and then with the intensely debated and subsequently ratified Bill of Rights (the first ten amendments), on December 15, 1791.

Thus, what we are celebrating on Independence Day is our hard-won freedom, our unalienable right to be free.

And, as many have said before, freedom isn’t free.

America has had to defend its freedom throughout our history from other, even more vicious tyrants, such as Adolf Hitler. And, there are even threats from within. One such is where people attempt to stifle free speech by establishing what they call free speech zones, thus trying to limit where one is actually “free” to speak. Another peril is the attack on religious freedom, where, as an example, prayer in school has been incorrectly eliminated. Not to even bring up the many attempts to ban a person from owning firearms.

What one must understand is that the Constitution and Bill of Rights do NOT grant Americans these rights. Being an American one inherently has those rights, one is born with them. Those points in the Bill of Rights are meant to protect U.S. citizens from the government, or anyone else, from lessening or eliminating one or more rights.

So, yes, Independence Day, which is celebrated annually on July 4, should be filled with family, friends, food and fireworks. But, part of that celebration should include recognizing and honoring our Founding Fathers who truly provided us with a freedom no one on Earth has ever experienced. Their combined wisdom, and bravery, is beyond measure.

And to the naysayers, those who try to obscure history and paint our Founders in a horrible light because some did own slaves, one only needs to objectively look at humankind’s history, because slavery and indentured servitude were around for 11,000-plus years on Earth before America, England, Denmark and Norway all abolished slavery in the early 1800’s. Read more about that here.
America, we have much to celebrate and be thankful for on Independence Day but we must remain vigilant and true to the cause of freedom.

We must be prepared to preserve, protect and defend the Constitution of the United States from all enemies, foreign and domestic.

Before ending off, a few little known facts about Independence Day:

Some believe that July 4 is the day that our Founding Fathers declared Independence from England, or that the document was signed on that day in 1776. Neither of those are accurate.

Factually, the Colonists agreed to declare our Independence from Great Britain and tyrannical King George III on July 2. This is well-documented in a letter from Founding Father and future president John Adams to his wife, Abigail, on July 2, where he wrote: “A Resolution was passed without one dissenting Colony ‘that these united Colonies, are, and of right ought to be free and independent States….’ ”

The date July 4, 1776, marks the date that the Declaration of Independence was sent to the printer in preparation for broad distribution and that specific date was stamped on the copies. The next year, 1777, the Continental Congress decided to celebrate and commemorate July 4 by taking that day off. That practice gradually spread across the young nation and therein lies the tale of why we celebrate Independence Day on the 4th and not the 2nd, when it was declared, or even August 4 when the document was finally signed by all.

Happy Independence Day, America, from your friends at IC Liberty Films, marketing and distribution company for the award-winning In Search of Liberty Constitution movie.