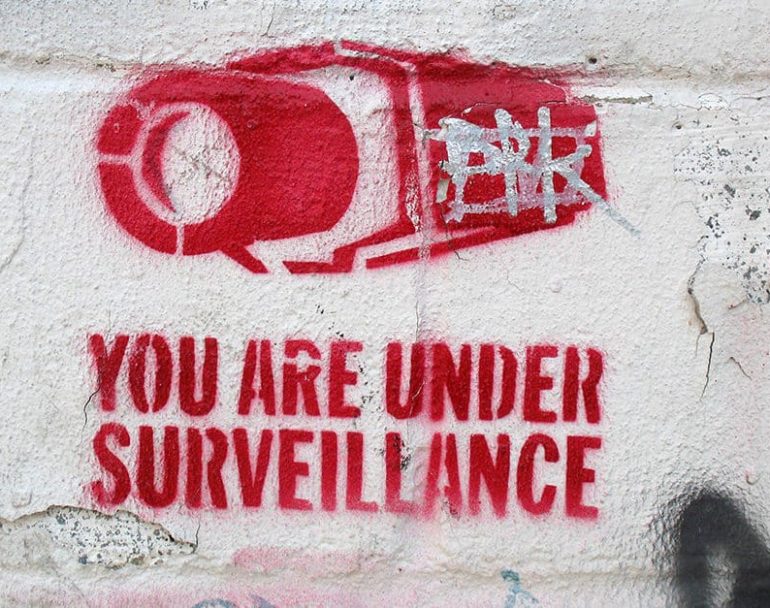 Those who support government surveillance often argue that we can’t really protest because we have “no expectation of privacy” in public spaces. Therefore, the police can engage in whatever type of dragnet surveillance they please.

The problem with this view is technology has run far ahead of our traditional notions of public privacy. The “no expectation” standard may have served us just fine in a world were surveillance meant an actual person following you with a camera snapping pictures. But to say we have no expectation of privacy in public takes on a different significance when the government can literally track every single person in a given space at the same time, store detailed data on each individual’s movements indefinitely, and analyze all of that information with the click of a button.

With modern surveillance technology, government agents possess the capability to determine where you’ve been, what you’ve been doing, who you’ve communicated with, and what you’ve said during virtually every second of every day. And with the advent of artificial intelligence, cops can even predict where you might go next.

We live in an Orwellian world and our notions of privacy have not evolved to confront it.

We call it stalking.

Although you have no “expectation of privacy” I can’t stalk you. If I follow you around the park every time you show up and take pictures of your daughter, you would have grounds for action against me. Just because you don’t have an expectation of privacy doesn’t mean I can harass you or track your movements at will. At some point, I would cross the line to stalking.

Government agents operate under even more strict standards. We actually do expect that the government can’t target us for surveillance without probable cause. The default position is privacy. There must be a reason to pierce that shield –  and that should hold true whether we’re in our house, our car or simply walking down the street.

Modern surveillance puts every individual under constant scrutiny. As just one example, a camera system that was deployed to surveil a free speech rally in Berkeley that was equipped with AI that can read lips. As one activist put it, “All individuals in, at, near or by the park or other parts of downtown Berkeley on August 5, 2018, should assume their identities are known to the Trump Administration and the FBI.”

This type of government power should concern all of us and we shouldn’t just brush it aside with glib statements about “no expectations of privacy” and the trite assurances that you’ll be fine if you “have nothing to hide.” Never forget that the government has a far different definition of “a dangerous person” than you do. Basically, you’re dangerous if you challenge government authority or power. Whether you’re a “defender of free speech” or you’re “resisting” Trump, you may indeed have “something to hide.”

People have become far too lackadaisical about the power of the surveillance state that is already upon us. But I often feel like I’m pretty much spitting into the wind. Most people don’t seem to care. Well, I think you’d better state caring. And you’d better start expecting privacy before it’s too late. Because when it’s too late, it’s too late.