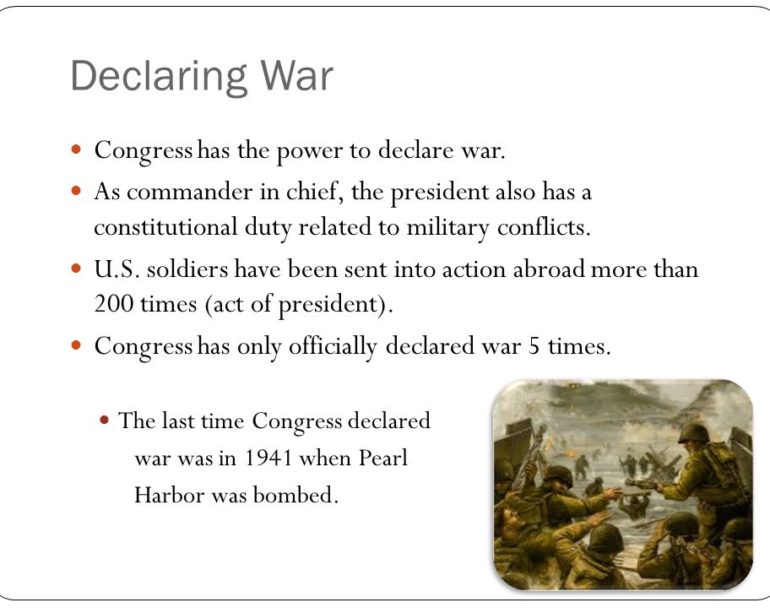 A popular way to begin the first day of class in constitutional law in many American law schools is to ask the students what sets the U.S. Constitution apart from all others. Usually, they answer that it’s the clauses that guarantee the freedom of speech, privacy and due process.

Yes, each of those guarantees – if upheld – is vital to restraining government, but the overarching and most important unique aspect of the Constitution is the separation of powers. The constitutions of many totalitarian countries pay lip service to free speech, privacy and due process, but none has the strict separation of powers that the U.S. does.

The Supreme Court has ruled that the separation of powers is integral to the Constitution not to preserve the prerogatives of each branch of government but to divide governmental powers among the branches so as to keep power diffused – and thereby limited and protective of personal freedom.

James Madison, who wrote the Constitution, wanted not only this diffusion by separation but also tension – even jealousy – among the branches so as to keep each in check.

Thus, even if one branch of government consented to ceding an essential power to another branch, such a giveaway would be unconstitutional, the Supreme Court has ruled, because the core functions of each branch of the federal government may not be delegated away to either of the other two without violating the separation of powers.

I speak about this not as a history or constitutional law mini-lesson but rather because it’s necessary background information to address a real and contemporary problem. Not long ago, on the basis of evidence so flimsy that his own secretary of defense rejected it – and without any legal or constitutional authority – President Donald Trump dispatched 110 missiles to bomb certain military and civilian targets in Syria, where the president argued the Syrian government manufactured, stored or used chemical weapons.

Trump did not seek a congressional declaration of war, nor did he comply with the U.N. Charter, a treaty to which both the U.S. And Syria are signatories. Though Trump did not articulate any statutory basis for his use of the military, his predecessors often cited as legal support for their unconstitutional uses of military force two statutes — one enacted in 2001 and the other in 2002, each known as the authorization for use of military force, or AUMF.

The AUMFs refer to either the Taliban or Al Qaeda or their affiliated forces in Afghanistan or Iraq as targets or to pursuing those who caused the attacks in America on 9/11 or those who harbor weapons of mass destruction.

Can the president legally use military force to attack a foreign land without a serious threat or legal obligation or a declaration of war from Congress? In a word: no. Here is the back story.

The Constitution is clear that only Congress can declare war and only the president can wage it. Federal law and international treaties provide that – short of defending the country against an actual attack – without a congressional declaration of war, the president can only constitutionally use military force to repel an enemy whose attack on America is imminent or to defend U.S. citizens and property in foreign lands from foreign attack or in aid of an ally pursuant to a treaty with that ally.

In the case of Trump’s bombing Syria, none of those conditions were met.

Prior to the strike on Syria – but no doubt prodded by the prospect of it – a bipartisan group of senators offered legislation supported by the president that would rescind both AUMFs, which are now seriously outdated and of no useful moral or legal authority, in favor of an unconstitutional mishmash that would permit a president to strike whomever and wherever he pleases. The president would be restrained only by a vote of Congress – after hostilities have commenced.

Such a statute would give the president far more powers than he has now, would directly violate Congress’ war-making powers by ceding them away to the president, would defy the Supreme Court on the unconstitutionality of giving away core governmental functions, would commit the U.S. to foreign wars without congressional and thus popular support, and would invite dangerous mischief by any president wanting to attack any enemy – real or imagined, old or new – for foreign or domestic political purposes, whether American interests are at stake or not.

The proponents of this legislation will argue that Congress would retain its war-making powers by its ability to restrain the president. That is a naive contention because congressional restraint, which can come only in the form of prohibitory legislation or withdrawal of funds, would certainly be met by a presidential veto – and a veto can be overridden only by a two-thirds vote of both the House and the Senate.

What’s going on here? It is little more than the lust of the military-industrial complex and its allies in both major political parties in Congress for war. War unifies disparate politics, arouses deep patriotic instincts, enhances the government’s success in obtaining the people’s sacrifices, enriches arms-makers and kills innocents. War is the health of the state.

The Constitution, written in war’s aftermath, strictly limits its offensive use only to when the people’s representatives in Congress have recognized a broad national consensus behind it.

When Donald Trump ran for president, he condemned foreign wars that have served no real American purpose and he condemned presidential war-making; and he promised to end both.

Where is that Donald Trump today?