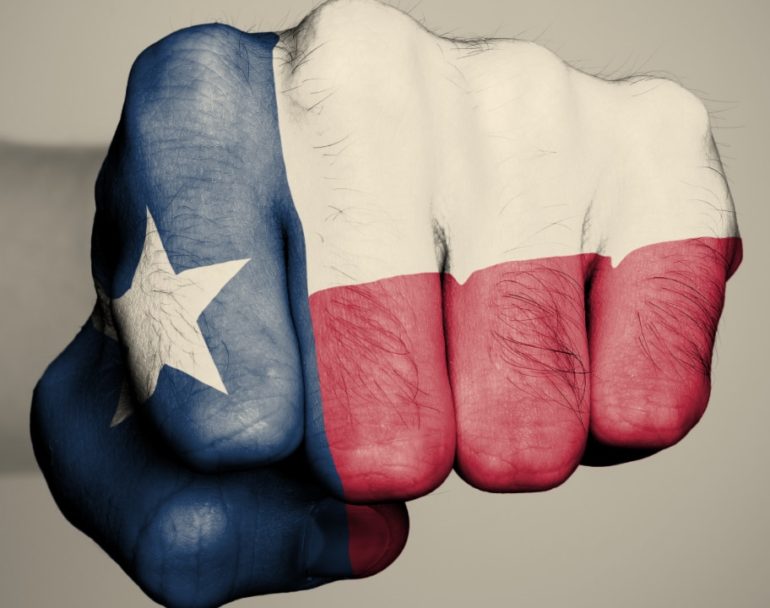 AUSTIN, Texas (April 19, 2019) – On Wednesday, a Texas House committee held a hearing on a bill that would create a mechanism to review federal laws and end state cooperation with enforcement of those determined to violate the U.S. Constitution. This process would set the stage to help end the enforcement of some federal laws and acts in the Lone Star State.

“When reviewing a federal action, the committee shall consider the plain reading and reasoning of the text of the United States Constitution and the understood definitions at the time of the framing and construction of the Constitution by our forefathers before making a final declaration of constitutionality.”

Under the proposed law, if the committee determines a federal action violates the Constitution, both the full House and Senate would then vote on that determination. Passage of the resolution and the governor’s signature would constitute an official determination of unconstitutionality and would prohibit state enforcement of the act as follows.

(b) The state and a political subdivision of the state may not spend public money or resources or incur public debt to implement or enforce a federal action declared to be an unconstitutional federal action.

(c) A person authorized to enforce the laws of this state may enforce those laws, including Section 39.03, Penal Code, against a person who attempts to implement or enforce a federal action declared to be an unconstitutional federal action.

On April 17, the House State Affairs Committee held a hearing on HB1347. Tom Glass of Texas Constitutional Enforcement said the hearing went well and sets the stage to pass the bill out of committee.  Glass said in a nutshell, “This bill lets Texans run Texas.”

The provisions prohibiting the state from enforcing or implementing certain federal acts rests on a well-established legal principle known as the anti-commandeering doctrine. Simply put, the federal government cannot force states to help implement or enforce any federal act or program. The anti-commandeering doctrine is based primarily on five Supreme Court cases dating back to 1842. Printz v. U.S. serves as the cornerstone.

Passage of HB1347 would provide an expansive toolkit once a federal action has been deemed unconstitutional by the state. Immediately, the state would be required to withdraw all resources and cease any cooperation with enforcement or implementation of the action. Because the feds lack the resources to enforce all of their laws and run all of their programs, this would likely be enough to effectively end the federal action in Texas in most situations. But in the unlikely event that federal enforcement persists, the legislation would give the state the option of prosecuting federal agents who attempt to implement or enforce a federal action deemed unconstitutional. This would be left to the discretion of the attorney general, prosecutors and law enforcement agencies.

Just because the state could prosecute feds doesn’t mean that such a step would necessarily be the right strategy, and leaving the AG, prosecutors and police prosecutorial discretion, while setting the stage for tougher action, was a good strategic move. As Thomas Jefferson said to James Madison in a letter discussing the Kentucky and Virginia Resolutions, this strategy will “leave the matter in such a train as that we may not be committed absolutely to push the matter to extremities, & yet may be free to push as far as events will render prudent.”

HB1347 will need to be brought up for a vote in the House State Affairs Committee and pass by a majority vote before moving forward in the legislative process.