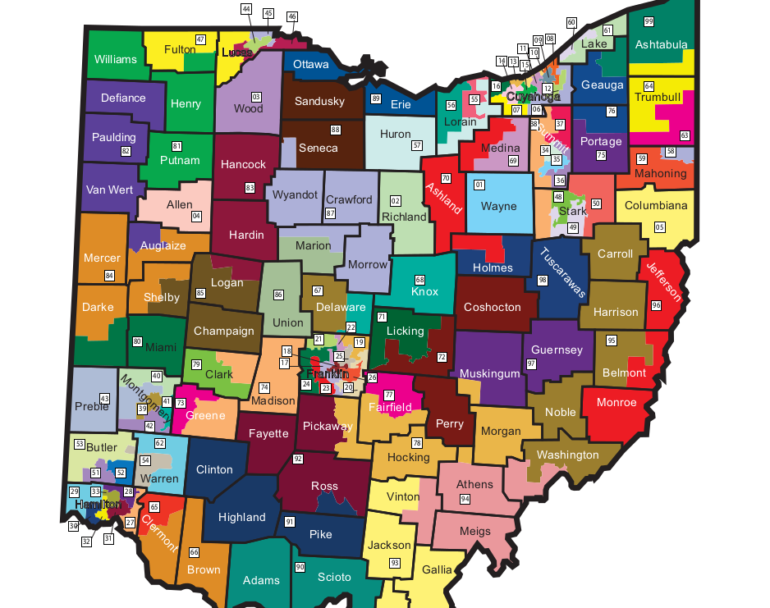 A federal court on Friday found Ohio’s congressional map unconstitutional, ordering that a new map be proposed by June ahead of the 2020 elections — and blocking the state from holding another election under the current map.

“Accordingly, we declare Ohio’s 2012 map an unconstitutional partisan gerrymander, enjoin its use in the 2020 election, and order the enactment of a constitutionally viable replacement,” the decision said.

The case was decided by a three-judge panel in Cincinnati, which ruled unanimously that district boundaries were manipulated by Republican mapmakers, and in a way that violates voters’ rights to choose their representatives democratically.

Calling it “one of the most egregious gerrymanders in recent history,” the suit used 19-term Rep. Marcy Kaptur, of Toledo, as a witness. Kaptur said her district was “hacked apart,” forcing her into a Democratic primary with veteran congressman Dennis Kucinich, of Cleveland, in 2012. She won the contest.

Any appeal on the ruling would likely to go directly to the Supreme Court, and the state may also ask that the current maps be allowed to be used while the appeal process continues.

This is the second time in recent days a federal court has struck down a redistricting map created by a GOP-controlled legislature. Last month, parts of Michigan’s map were also ordered redrawn by a three-judge panel in time for 2020 elections.

More than three-dozen states rely on the state legislature to directly redraw boundaries, now using sophisticated computer models that have the ability to target voters by their street or household. Other states such as California rely on an independent commission to create what supporters say would be less extreme districts.

The Supreme Court is currently deciding separate partisan gerrymandering claims from North Carolina (drawn by the GOP legislature) and Maryland (drawn to advantage the Democrats). Other legal challenges are playing out across the country, including in Virginia and Wisconsin.

The justices are being asked to articulate a clear standard for when partisan gerrymandering becomes unconstitutional. This is something the court has tried and failed to do over the years. How the court decides such rulings, due by June, will affect how appeals from Michigan, Ohio and other states are being handled.