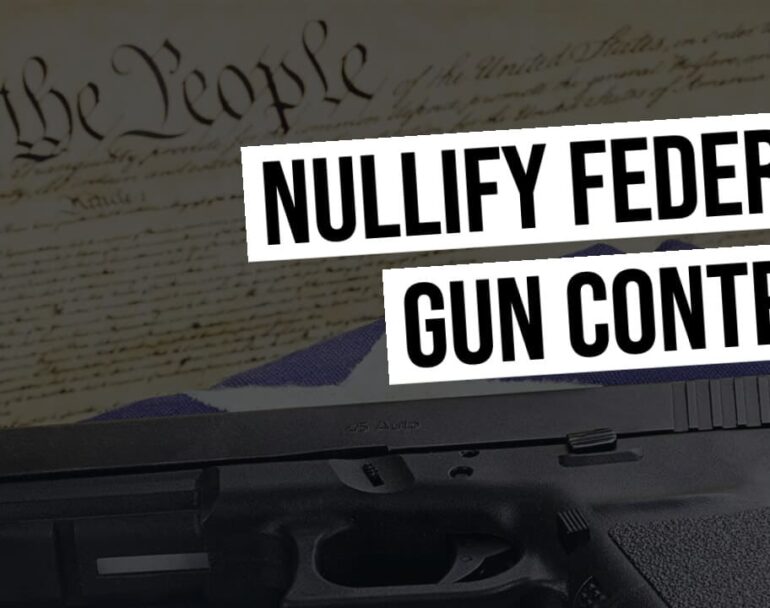 BOISE, Idaho Gov. Brad Little signed a bill now an Idaho law that restricts enforcement on guns. This law expands on a previous law and further restricts state enforcement of guns and gun control. The enactment of this bill takes a second step toward neutering future federal gun s and gun control laws in Idaho.

The Senate Affairs Committee introduced Senate Bill 1205 (S1205) on April 14. The new law builds upon a law enacted in 2014 that prohibits state enforcement of acts passed after that date relating to personal firearms, firearm accessories, or ammunition.

S1205 expands the prohibition on enforcement, adding provisions prohibiting “all Idaho government entities” from “using any personnel, funds, or other resources to enforce, administer, or support the enforcement of any executive order, agency order, treaty, law, rule, or regulation of the United States government upon a firearm, firearm component, firearm accessory, or ammunition if contrary to the provisions of section 11, Article I of the Constitution of the state of Idaho.” [emphasis added]

The law also authorizes the state attorney general to enforce provisions of the law.

The Idaho Constitution provides strong protections for the right to keep and bear arms. It prohibits any laws that “impose licensure, registration or special taxation on the ownership or possession of firearms or ammunition. Nor shall any law permit the confiscation of firearms, except those actually used in the commission of a felony.”

The enactment of S1205 effectively bars the state from enforcing any federal gun laws in effect after Jan. 1 of this year that do the same.

How this plays out in practice remains to be seen. There is no mechanism in the bill to declare a specific federal act as “contrary” to the Idaho State Constitution. Although the types of laws prohibited by the state constitution are well-defined, law enforcement agents could still conceivably argue that “it’s not our job to decide if a federal act runs afoul of the state constitution.”

In a recently adopted law, Arizona sidestepped the issue of officer discretion by banning enforcement of federal laws that don’t exist in state statute, a less ambiguous standard.

“Partnerships don’t work too well when half the team quits,” said Michael Boldin of the Tenth Amendment Center. “By withdrawing all resources and participation in federal gun control this restricts enforcement on guns, states and even local governments can help bring these unconstitutional acts to their much-needed end.”

The state of Idaho can legally bar any state agents from enforcing federal gun control. Refusal to cooperate with federal enforcement rests on a well-established legal principle known as the anti-commandeering doctrine.