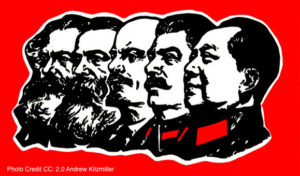 The liberal order has long dominated the modern world. It is based on the pillars of the rule of law, individual freedoms, representative government and free markets. Liberalism is the political philosophy that serves as a framework in which progressives and conservatives debate the future of the nation. However strong this order might seem, many are now claiming the demise of liberalism is at hand.

A battle rages around liberalism’s future. Conservatives blame progressives for this disaster with the tyranny of their stifling political correctness and their obsessive demands for big government.

Progressives blame conservatives claiming they represent big financial interests and promote rigid notions of identity and freedom. They do not hesitate to frame the debate in class struggle terms of powerful conservative parties who impose their vision of society on the people especially at the expense of supposedly disenfranchised minorities.

The New York Times’ columnist Paul Krugman, for example, recently complained that conservatives are suppressing the liberal order in favor of a new and sinister “illiberal” order that ignores the rule of law and basic freedoms. “It [nationalist tyranny] can happen here,” he ominously warned.

What progressives like Krugman fail to mention is that they have played an important role in suppressing the liberal order. Their big government policies and support of the sexual revolution have reduced society to shreds. When society falls apart, it [socialist tyranny] can happen anywhere.

Liberalism is dying because so many of its supporting pillars are losing their relevance. They have no ground to rest on. Those who defend the remnants of liberal order need to see that things no longer function as they did in the fifties and sixties. Liberalism presupposes that most people are actively engaged in public discourse and look beyond their own interest. Ask a typical man on the street today if he thinks political decisions make a difference in his life. Chances are he will be oblivious to what is happening at any level of government.

Many people simply don’t care anymore. They are no longer connected to the liberal or traditional institutions that made liberalism possible. And that is why liberalism is dying.

For example, Paul Krugman claims conservatives are suppressing freedom of the press—a liberal ideal. What he fails to realize is that there is no more press to suppress in the classical sense of the word.

He still thinks in terms of the establishment media that once controlled the national debate (and pushed it steadily leftward). These outlets are now dying. Krugman’s New York Times is a hollow shell of what it once was, as are all major newspapers. Most people don’t read newspapers anymore, and it is not getting any better. Indeed, only two percent of teenagers today read a daily newspaper—and most rarely read a book.

These media giants used to project liberalism’s harmful secular narrative with a note of solemn gravity. All that has changed as the once-mighty Time, Newsweek and major networks are slowly reduced to insignificance. In addition, what is left of the press has long abandoned even the pretext of decorum and objectivity that makes public discourse possible.

Real news is being replaced by media that are much more like entertainment. For a majority of the population, the press is reduced to YouTube videos, hyperlinks, Facebook posts and Twitter feeds. It is a fragmented mass of information, true and false, quickly accessed by the impulses of a distracted population.

The Waning of Democratic Norms

The democratic norms of the liberal order are likewise waning. Once again, many do not care. They have cut themselves off from the res publica, those matters connected to the body politic. Growing numbers of people are not involved and do not want to be engaged in the political process.

Indicative of this waning is the lack of knowledge about political events and people. According to one poll, for example, less than half the population could name a single Supreme Court judge – Judge Ruth Bader Ginsberg topping the list at 25 percent. A similar ignorance pervades among the population who are much more likely to know the names of popular actors than those of political figures or their own elected officials.

Gone is the quiet dignity of a political narrative of representative government. The political process now takes on the air of entertainment amid a jumbled mass of sound bytes, political scandals and cynical skepticism.

Finally, liberalism suffers most in the field of freedom. Classical liberalism promised unlimited individual freedom and self-realization. This exaggerated claim had to have some basis in reality and usually involved hard work and determination. It also presupposed a classical notion of liberty that holds that true freedom comes from controlling the unbridled passions. A person without enslaving vices is truly free.

However, the postmodern mutant of freedom means doing that which pleases, instantly, regardless of the consequences. People are told that they can be whatever they imagine themselves to be, or self-identify as. This freedom need not be based on reality.

In this climate of unreality, liberalism is dying. This distorted freedom engenders the intense hatred that is tearing liberalism apart. When people on all sides indulge in their fantasies, they disconnect from those moral institutions that require a concern for others and help restrain the passions. People abandon the norms of civility and modesty that allow people to work together in society.

As in the other fields, many people simply don’t care anymore about others—or about anything. All they want is to be free to do (or be) whatever they want. They don’t care if they offend others in the process.

They do care, however, when others tell them they cannot do (or be) whatever they want. They are then capable of seething hatred. They will see in authority and its symbols a detested force that contests their “freedom.”

A Hellish World of Disharmony

This creates a hellish world of disharmony. It unleashes a war in which anyone can be labeled racist, sexist, nationalist or anything-phobic for clinging to what were once considered traditional or normal values. It gives rise to identity politics in which groups politicize everything. This radical individualistic scenario is Thomas Hobbes’ “war of every man against every man” on steroids.
This situation is made all the more chaotic by those commentators, progressive and conservative alike, who force the old liberal narrative on the public as if all were normal.

Liberalism is dying because its framework is broken. Many people no longer care about the institutions that make it possible. A distorted notion of freedom is shattering society, without which liberalism cannot exist. The optimistic narrative of progress and unlimited human development is no longer universally shared.

Of course, liberalism’s breakdown is due to its own internal contradictions. It presented itself as a naturalistic framework that affirmed no permanent values, morality or ultimate authority. With its individualist tenets, liberalism proclaimed that every man was a law unto himself.

That is why liberalism is inherently flawed and is now paying the consequences. It had always needed the social capital of the Christian order that survived in the background. Its secular and human framework ignored the existence of an eternal and Divine order. By promising liberty without responsibility, and law independent of natural law, it set in motion the process which now brings about its demise.