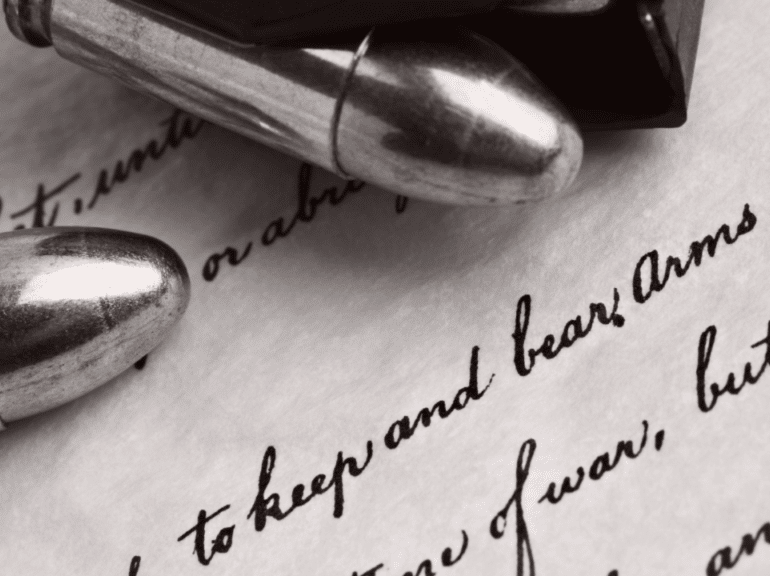 There are those among the gun-control crowd who advocate repealing the Second Amendment. They think that by doing so, they would be prohibiting people from owning guns. Unfortunately, they have a woeful lack of understanding of rights and the Constitution.

People’s rights do not come from either the original Constitution or the Bill of Rights. That’s what many in the gun-control crowd do not understand. They think that the reason people have the right to own guns is because of the Second Amendment.

By its very terms, the Constitution does not give anyone any rights, including the right to keep and bear arms. The purpose of the Constitution was simply to call the federal government into existence and to set the powers that it would have. If a power was listed, the government could exercise it. If a power was not listed, it could not exercise it.

Thus, the question naturally arises: Did the Constitution give to the federal government the power to control people’s ownership of weapons? It did not. That’s because the American people did not want a government that would have the power to infringe on people’s natural, God-given rights.

What about the Bill of Rights? It too does not give anyone any rights. A careful examination of the language of the First and Second Amendments shows that those two amendments are simply restrictions on the power of the federal government to infringe on rights that are natural and God-given and that preexist the federal government. In fact, a better name for the Bill of Rights would have been the Bill or Prohibitions.

The answer is that the American people wanted to be doubly certain that federal officials got the message, which was: Don’t even think of using your power to destroy our rights. Our ancestors knew that the Constitution had called a government with limited powers into existence, but they used the Bill of Rights to make certain that federal officials clearly understood that they were expressly prohibited from infringing on people’s rights.

Thus, repealing the Second Amendment would not affect people’s natural, God-given right to keep and bear arms. For that matter, neither would abolition of the Constitution and the federal government. Rights that are endowed in people by nature and God are permanent and inalienable and exist independently of government.

This article was originally published at the Future of Freedom Foundation and is republished here with permission.