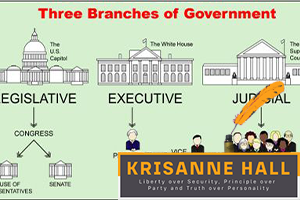 What is the proper role of Government?  We have witnessed the perspectives of those in government, we hear their answers in every politcal debate, but what did those who DESIGNED it envision?  Wouldn’t you like to KNOW what government is supposed to be doing?  The interesting thing is, we don’t have to guess, we don’t have to make it up, we simply need to look to the framers of our Constitution. It is almost simplistically elegant the way they described the role of the Senate and the House.  Yet, even the simplest of explanations seem to have eluded the entire government machine.  As the employers of our government, it is essential that we know what government is supposed to be doing and require them to fully accomplish their job description.

What follows is a brief and simple primer about the structure of our Republic according to our founders. James Madison, the Father of the Constitution and fourth President, said:

“The powers delegated to the federal government are few and defined.”  He lists them as war, peace, negotiations, and foreign commerce.  He explains that the general welfare clause does not grant the government the power to do generally whatever they want; it simply describes the purpose in delegating those few powers he listed.  In other words our founders believed in and intended limited government, very limited.

“I, sir, have always conceived—I believe those who proposed the Constitution conceived—it is still more fully known and more material to observe, that those who rarified the Constitution conceived—that is is not an indefinite government…but a limited Government.  The Powers delegated to the federal government are few and defined…war, peace negotiations, and foreign commerce.”  James Madison

By the same token, Congress was to have a limited and strictly defined role as well.  Congress was not established to “become” the federal government but to control it on behalf of the people.  That is the reason they hold the most influence and control through the checks and balances established through powers of impeachment and congressional oversight.

First, the Senate was established to represent the States in the federal government. That is why each State is allotted the same number of Senators and the Constitution guarantees, in Article V, that each Senator is to have “equal Suffrage in the Senate.”  This is to ensure equal representation and therefore equal control for all States.  The Senate’s primary job description is to protect the States from federal encroachment and ensure each State’s sovereignty.   “Defenders of the 10th Amendment” would be a good description for the job our founders intended them to perform.

President bears no resemblance to a king, so we shall see the Senate have no similitude to nobles. First then not being hereditary, their collective knowledge, wisdom and virtue are not precarious, for by these qualities alone are they to obtain their offices; and they will have none of the peculiar follies and vices of those men who possess power merely because their fathers held it before them, for they will be educated (under equal advantages and with equal prospects) among and on a footing with the other sons of a free people.~Tench Coxe- An American Citizen: An Examination of the Constitution of the United States II September 28, 1788

The House was designed to be the representatives of the people.  That is why there are more house members than senators, to better reflect the population of people in each State.  The House’s primary job description was to be the guardians of Liberty, so the people can maintain the rights guaranteed by the Constitution.  “Defenders of the 9th Amendment” would be a good description for the job our founders intended them to perform.

Each member of this truly popular assembly will be chosen by about six thousand electors, by the poor as well as the rich. No decayed and venal borough will have an unjust share in their determinations. No old Sarum will send thither a Representative by the voice of a single elector. As we shall have no royal ministries to purchase votes, so we shall have no votes for sale. For the suffrages of six thousand enlightened and independent freemen are above all price.~ Tench Coxe- An American Citizen: An Examination of the Constitution of the United States III September 29, 1788

But here we are today with a Senate that looks more like a protector of the federal government than a defender of the States and a House that feels it’s primary role is to “protect” national security instead of the rights and Liberty of the people.  Placing security over liberty seems to be a common affliction of our Congress. Remember Patrick Henry made it perfectly clear that without Liberty life was not even worth living.  Benjamin Franklin rightfully declared that if security was placed above Liberty, we would lose them both.

Our framers made it clear that if the federal government was not following their constitutional duties or abiding by the limitations established, their actions (their laws) were null and void.

If the federal government should overpass the just bounds of its authority and make a tyrannical use of its powers, the people, whose creature it is, must appeal to the standard they have formed, and take such measures to redress the injury done to the Constitution… But it will not follow…that acts of the large society which are NOT PURSUANT to its constitutional powers, but which are invasions of the residuary authorities of the smaller societies, will become the supreme law of the land. These will be merely acts of usurpation, and will deserve to be treated as such. Hence we perceive that the clause which declares the supremacy of the laws of the Union, like the one we have just before considered, only declares a truth, which flows immediately and necessarily from the institution of a federal government. It will not, I presume, have escaped observation, that it EXPRESSLY confines this supremacy to laws made PURSUANT TO THE CONSTITUTION.~ Federalist Paper #33

“There is no position which depends on clearer principles, than that every act of a delegated authority, contrary to the tenor of the commission under which it is exercised, is void.

No legislative act, therefore, contrary to the Constitution, can be valid.”

““…the power of the Constitution predominates.  Any thing, therefore, that shall be enacted by Congress contrary thereto, will not have the force of law.”

Of course there are those who would assert that the Supreme Court has “declared” State nullification invalid. The problem with that assertion is that the Supreme Court is NOT the supreme law of the land. The Supreme Court is one third of the FEDERAL GOVERNMENT (the division of government with the least power, by the way), a Federal government created by the States and all its power is delegated by the States through the Constitution.  Allowing SCOTUS to determine the degree of sovereignty each State has over the federal government is the ultimate expression of a conflict of interest.  Let us remember that the Federal government, which includes the SCOTUS is a creation of the States.  Would you allow the defendant in a criminal case to decide HIS own guilt or innocence? Of course not!  But allowing the Supreme Court to determine how the Federal Government (of which it is a part) is operating with respect to State’s powers is to have the offender declaring his own innocence.  Is the Supreme Court capable of making the proper decision?  I’m sure they are, but they are equally capable of making the improper decision and such would be the destruction of liberty by declaring the 9th and 10thAmendments irrelevant.  Hear this truth from the Father of the Constitution, James Madison, 1800:

“If the decision of the judiciary be raised above the authority of the sovereign [States]… dangerous powers, not delegated, may not only be usurped and executed by the other departments, but that the judicial department, also, may exercise or sanction dangerous powers beyond the grant of the Constitution… consequently, that the ultimate right of the parties to the Constitution [States], to judge whether the compact has been dangerously violated, must extend to violations by one delegated authority as well as by another–by the judiciary as well as by the executive, or the legislature.”

The current lack of understanding of the proper relationship between the States and its Federal Government as well as the neglect of the proper roles of our Congressional employees is leading directly to the destruction of our Constitution.  And as Daniel Webster warned, we as a nation have an obligation to hold onto this great Constitution, or suffer consequences of our neglect.

Is our Constitution worth preserving…Guard it then as you would guard the seat of your life, guard it not only against the open blows of violence, but also against that spirit of change. ~ An Anniversary Address by Daniel Webster July 4th 1806

We live under the only government that ever existed which was framed by the unrestrained and deliberate consultations of the people. Miracles do not cluster. That which has happened but once in six thousand years cannot be expected to happen often. Such a government, once gone, might leave a void, to be filled, for ages, with revolution and tumult, riot and despotism. Daniel Webster July 4th 1802 Oration