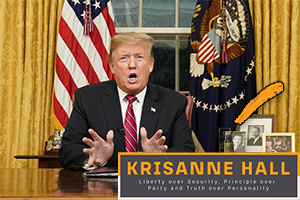 My inbox is being inundated with the question de jure: “If President Trump declares a ‘State of Emergency’ to build the wall on the border of Mexico, is that Constitutional?”

I am certain that is not the right question or perhaps not the right way to ask it, but to ask it and answer it correctly, let’s briefly remind ourselves of America’s Constitutional structure and function.

The Constitution of the United States defines the powers for the three branches of federal government.  Each of these branches are delegated specific enumerated powers that are not only limited and defined by the Constitution but also separate and distinct in their delegations.  The branches of government do not share powers unless that specific cooperation is ascribed by the Constitution.  For example, the power to create treaties (today referred to with the obfuscatory label – “deals”) is not an autonomous power belonging to the president but one that requires specific concurrence by the Senate.

Recall that the Tenth Amendment declares that any power not delegated through the Constitution remains in the hands of the States. This is the opposite of Teddy Roosevelt’s “stewardship” doctrine that says the feds can do whatever they want as long as the Constitution doesn’t say they can’t. Federal Supremacists love this perspective. That was NOT the discussion or conclusion of the ratification debates. There are no unnamed powers floating in the ether waiting to be snatched up by the central government. Roosevelt’s Secretary of War William Taft rightly conveyed the framers’ positions, “a specific grant must be either in the Federal Constitution or in an act of Congress passed in pursuance thereof. There is no undefined residuum of power which (the federal government) can exercise because it seems…to be in the public interest…”

The specific delegations of power, as well as NON-delegations, were created thoughtfully, deliberately, with knowledge of history and human nature.  The limitations of those powers involved considerable debate and study into past history and ancient governments.

Patrick Henry said in his famous “Give Me Liberty or Give Me Death” speech: “I have but one lamp by which my feet are guided; and that is the lamp of experience. I know of no way of judging of the future but by the past.”  Alexander Hamilton wrote in Federalist #20: “Experience is the oracle of truth…”

However, it is not uncommon in the evolution of the American Republic to see the government AND the citizenry cast off the wisdom and experience enshrined in the founding documents to address some “urgent necessity.” Instead of taking the intentionally cumbersome path to do it right, Americans willingly run roughshod over Constitutional barriers because – “we have to get this done ,” or “there is no other way to do it!” These instances have slowly transmuted the Republic into the nearly limitless federal behemoth we know today.  We would be well-served to paste a banner over our televisions and computers reminding us of what William Pitt said in 1783:

So when people ask questions like “Can the president do…?” “Can the House, Senate, or Supreme Court do…?” the first sources that must be consulted are the Constitution and the people who drafted it.  If the Constitution provides no authority for the activity, then the power does not Constitutionally reside in the hands the federal government. So more to the root of the question being asked, “Does the Constitution enumerate a power to the President to declare a state of emergency?” The short answer is No.

Every state of emergency refers to the National Emergencies Acts as the source of its authority. So the real question is “Does the Constitution authorize Congress to alter (expand or contract) executive power by legislative act?”  The constitutional answer to this question is obviously no.  Congress cannot add powers that the Constitution has not delegated to the president nor can they take away powers that have been delegated.  For Congress to have the authority to add power to the executive branch, they would have to possess the authority to actually amend the Constitution by congressional act, and they do not.  Additionally, for Congress to delegate a power to the executive branch that has been constitutionally delegated to Congress, is a per se violation of the Constitution by crushing the principle of Separation of Powers.  James Madison, quoting political philosopher Montesquieu, was very direct with his words regarding separation of powers:

“There can be no liberty where the legislative and executive powers are united in the same person, or body of magistrates…” Federalist #47

Spending, war, appropriations, national defense, and naturalization are all powers specifically delegated to Congress.  For Congress to abdicate its power to the executive branch is not only not authorized by the Constitution, it is necessarily forbidden by the principle of Separation of Powers to ensure the security of the Liberty of the people.

Shockingly, this debate over states of emergency has raged for decades and nobody seems to offer the obvious correct answer – if we want the President to have such powers we must amend the Constitution.

Yet if you consider how far we have strayed and how long we have been off the path, President Trump is doing nothing out of the ordinary, he is following a long history of extra-Constitutional (aka unconstitutional) action.  We have just accepted a broken government as the norm since at least 1861 when it comes to “national emergencies.”

How did we get here?

If you tell a lie long enough, people believe it to be truth and the lie of expanded executive power has a long history.  I think this principle is even more powerful when that lie comes from someone you like, or applies to a situation you happen to agree with.  But that lie can only operate as truth with very dire consequences, the most obvious consequence would be that the lie operates as truth not only for the people you like but also the people you don’t like.

Some claim expansion of executive power began with the George Washington administration’s response to the whiskey rebellion. Yet in this instance, Congress authorized Washington to quell an “insurrection” which falls within the constitutional authority of both Congress and President. It was Congress that then began creating “stand-by laws” to give the President powers beyond the grant of the Constitution in time of “national emergency.” They should have proposed a Constitutional amendment, not passed a law. (Interestingly, Washington later pardoned everyone who was arrested during the rebelling, if they were not already acquitted.)

The first unilateral act of a president arose when Lincoln blockaded American ports and expanded military forces without Congress.  The Congress and the courts eventually went along and this became the confirmation and justification of the President’s emergency power.  Woodrow Wilson and FDR faced similar emergency power controversies and  were not thwarted by Congress.  In 1917, President Woodrow Wilson started the “Presidential Proclamation” that triggered the availability of all so-called stand-by laws for these declarations of emergency.  The process came to a head when, after Truman proclaimed an emergency in response to Korean hostilities, the same order was used to wage war in Vietnam 22 years later.  Congress, led by Senator Church, launched an investigation. One of numerous Congressional studies in 1973 showed that the Congress had already passed over 470 statutes granting the President “EXTRAORDINARY POWERS” during time of emergency.  In an attempt to restrain and proceduralize the use of emergency powers, perhaps restrain the monster they allowed to grow, Congress passed the National Emergencies Act on in September of 1976.

In light of the fact that Congress is not authorized through Congressional act to expand delegated authority, consider these two points from two constitutional delegates:

“There is no position which depends on clearer principles, than that every act of a delegated authority, contrary to the tenor of the commission under which it is exercised, is void.  No legislative act, therefore, contrary to the Constitution, can be valid.” Federalist #78- Alexander Hamilton

“…the power of the Constitution predominates.  Any thing (sic), therefore, that shall be enacted by Congress contrary thereto, will not have the force of law.” James Wilson, Pennsylvania Ratifying Convention 1787

Constitution as well, is not silent on this issue.  Article 6 clause 2 codifies the principles laid down by the above drafters of the Constitution when it says:

“This Constitution, and the Laws of the United States which shall be made in pursuance thereof; …shall be the supreme Law of the Land; and the Judges in every State shall be bound thereby, any Thing in the Constitution or Laws of any State to the Contrary notwithstanding.”

Every law must be made, every federal action must be taken, “in pursuance” to the Constitution.  If that act is not specifically authorized by the Constitution, then the “Judges in every State” are NOT bound thereby.  What that means is the “National Emergencies Act,” “War Powers Act,” 8 US 1182- empowering the president to determine the admissibility of aliens, and many, many others are all unconstitutional delegations of power by Congress to the president.  Which makes them, by the terms of the Constitution AND the drafters of that document, null and void.

Where do we go from here?

So the question is NOT: “If the President declares a national emergency and builds the wall, is that Constitutional?” That’s an easy question to answer, No. The question is “Will we keep pretending to live in a Constitutional Republic, while making it up as we go along?”  Other than electing a Congress that actually cares for the security, safety and integrity of the nation, there are two simple options: Amend the Constitution and have the states give the president this authority or stop pretending, get rid of the Constitution and go back to monarchy. 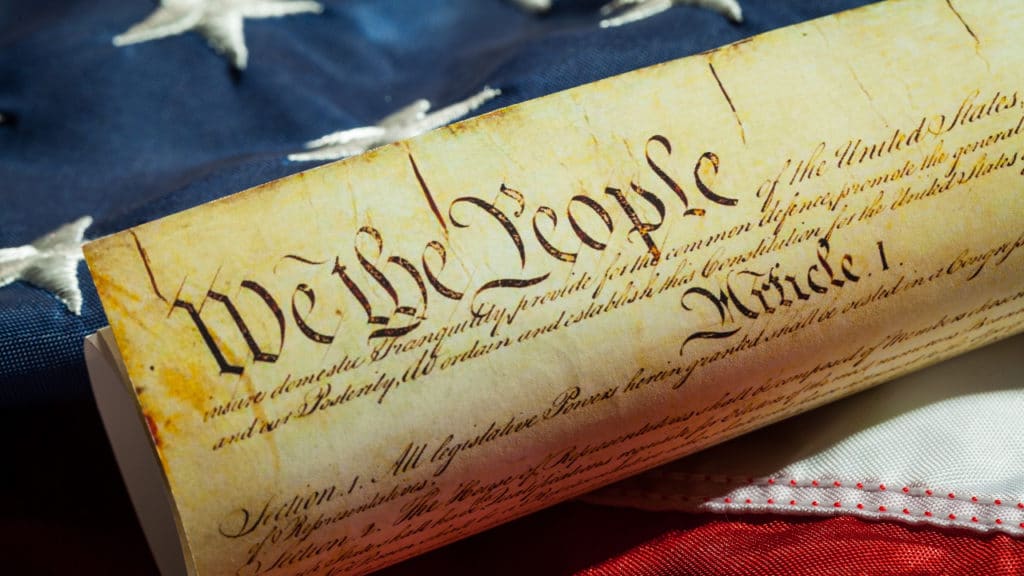 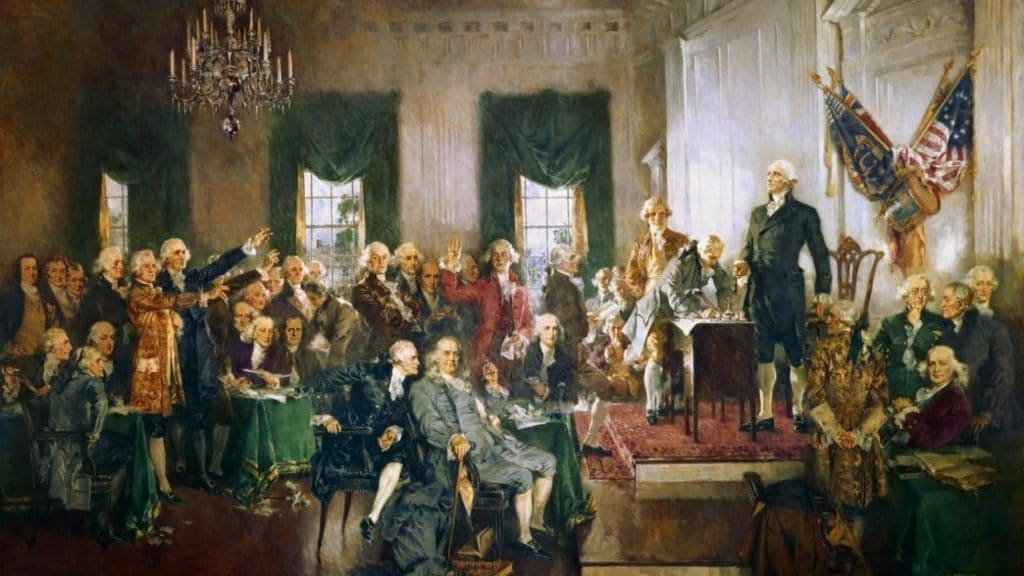 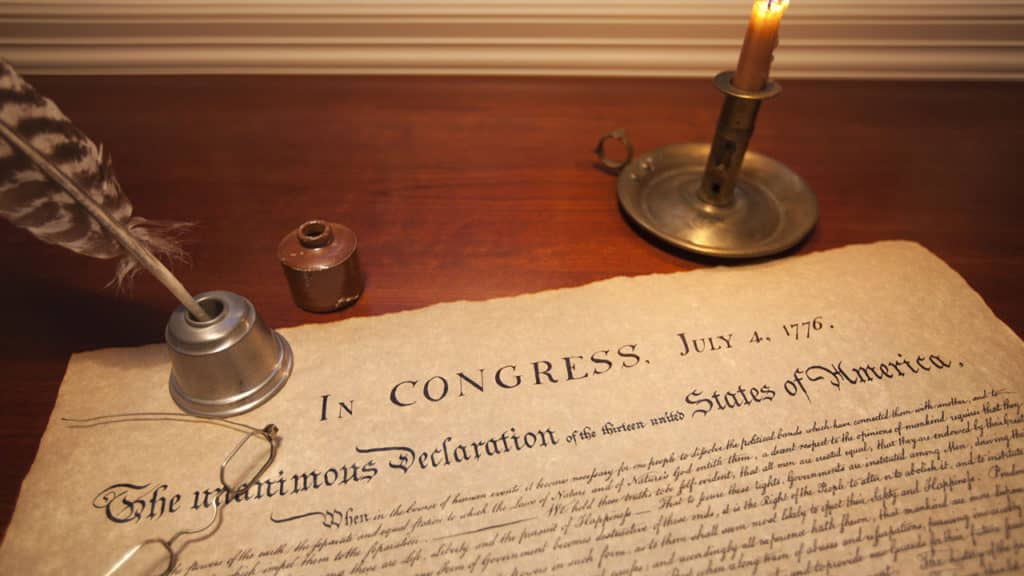