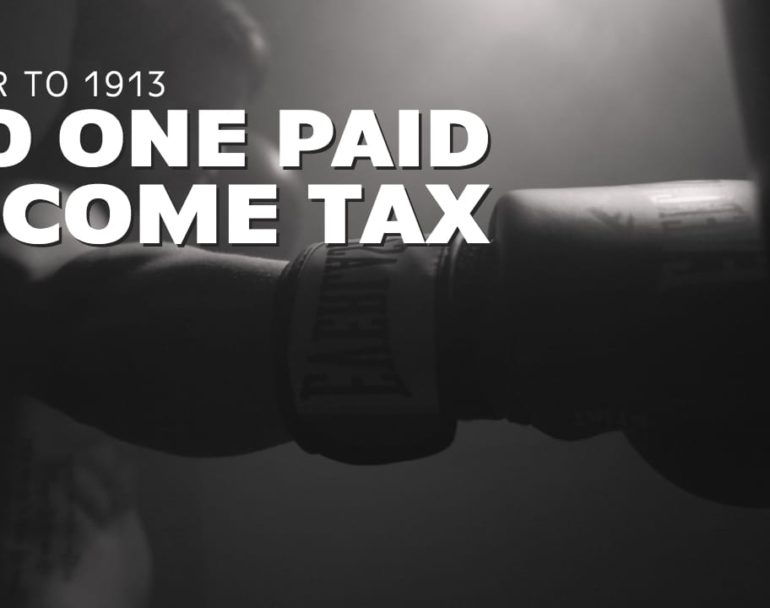 As a nation under the U.S. Constitution we are 230 years old.  It may surprise readers to learn that for the first 124 of these years we had no federal income tax and handled our expenses quite well.  Today the 55% who pay federal income taxes (77.5 million do not) pay nearly a fifth of their income to the federal government. Prior to 1913 one kept what is now taken from them.

How would you spend it if not taken?  You would spend the extra fifth of your salary on thousands of items that are made by others as well as services you might like.  This not only would enrich your life but it would provide jobs for others making those items or providing those services.  Many middle class folks could purchase a new car every other year with what they are forced to give to the federal government.

Would you spend it more wisely than the federal government?  Certainly!  Most of the money taken from you by the federal government is spent on perpetual war, foreign aid, grants to privileged portions of our society, and endless unconstitutional subsidized programs; the last two categories of which basically take the money of those who produce and redistribute it to those who do not.  Even some non-tax payers get income tax refunds—so corrupt is the system.

Of course, those receiving and benefiting from these programs will defend them.  But the fact remains that tax monies provide largely government jobs, which are almost entirely consumption jobs (jobs that consume the production of society but produce little consumable).  Such jobs cannot produce for public consumption a potato, a carton of milk, or even a can of hair spray.  They bring another person to the table to eat, but not another to produce something to eat.

What largely brought about the give-away programs of the Twentieth Century was the now 106-year-old 16th Amendment—the federal income tax.  All three 1912 presidential candidates Teddy Roosevelt, William Howard Taft and Woodrow Wilson, and their respective parties, wanted this financial water faucet that they could turn on at will.  With it they could purchase anything—even people.

General welfare then meant everyone equally (general), as opposed to “specific welfare” or “privileged welfare” as it is today, targeting those to forfeit and those to receive monies.  The Constitution did not deny states, counties, or cities from having such programs, only the federal government.  But politicians soon learned that the more they promised to the people, from the money of others, the easier it was to get elected and stay elected.

The problem with the federal government going off the list and funding things clearly not on it was that each time they did so the stronger the inclination to do so again.  One minor departure begets another until one notices that what the federal government does has little or no relationship to the list.  I ask my students what would happen if they took to kindergarten a lollypop and gave it to one child?  What would the others say?  Where is mine?  Try taking away long provided benefits from a privileged group, as for example food stamps, and see how popular you are with that voting group in the next election.

So why does the government now need a fifth of everything you make and it is still not enough?  Answer, because we went off the listed powers of the Constitution and every departure required more taxpayer funding.  The solution to less tax is less government.  A side benefit is more freedom.  The productive classes would not be hurt.  Seldom do they qualify for the federally subsidized programs anyway.

The fifth taken from the productive classes would be spent by them creating a haven of jobs for those who wished to work.  The cycle of dependency would be drastically reduced.  The federal government would no longer be an enabler to those not working.  States would decide for themselves what assistance programs they could afford with some states offering more and others less as the Tenth Amendment mandates.

So, how did we cover the expenses of the federal government—even wars—our first 124 years?  Products coming into the country were assessed a fee to market in the U.S. called a tariff.  We got product producers in other countries to cover our national expenses and thus we were able to spend on ourselves every cent of what the federal government now takes, which inadvertently stimulated the economy.  No one should be able to argue that our exceeding $22 trillion national debt is fair, has really worked for any of us, and is a better plan.