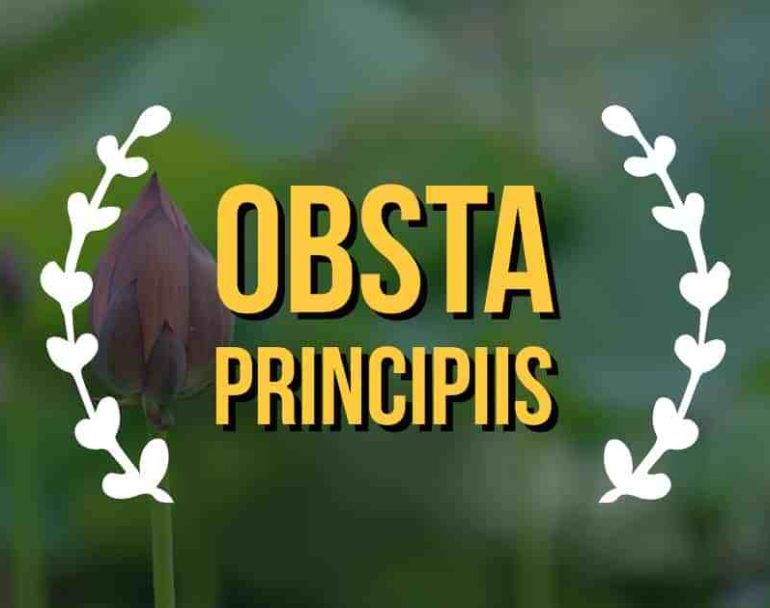 John Adams warned us. When you spot even the slightest violation of the Constitution, it’s imperative that you nip it in the bud.

In 1774 and 1775, Daniel Leonard wrote a series of essays under the penname Massachusettensis asserting Parliaments unlimited authority in the colonies. A loyalist Boston newspaper published the essays. John Adams penned a lengthy rebuttal to Leonard titled Novanglus. His arguments for the limits on British imperial authority were extremely influential in the colonies.

In his essays, Massachusettensis trivialized the colonists’ grievances, calling them a “distraction owing to parliament’s taking off a shilling-duty on tea and imposing threepence.”

Adams replied with a list of complaints that went well beyond the tax on tea.

“Is the threepence upon tea our only grievance? Are we not in this province deprived of the privilege of paying our governors, judges, &c.? Are not trials by jury taken from us? Are we not sent to England for trial? Is not a military government put over us? Is not our constitution demolished to the foundation? Have not the ministry shown, by the Quebec bill, that we have no security against them for our religion, any more than our property, if we once submit to the unlimited claims of parliament? This is so gross an attempt to impose on the most ignorant of the people, that it is a shame to answer it.”

But even if these were just minor violations of the colonists’ rights, Adams insisted they must stand up against them.

Adams recognized an important truth. When you allow a government to chip away at the limits on its power, eventually the dam will burst. You will end up with a government exercising virtually unlimited authority – arbitrary power. At that point, it becomes difficult, if not impossible, to stop rein it back in.

This was the situation the American colonists found themselves in. The Parliament claimed virtually unlimited authority to legislate and tax within the colonies. The colonists insisted this was never part of the bargain.

The British system operated based on an unwritten constitution. It was effectively a “living, breathing” constitution that evolved over time and was by and large defined by the government itself. While there were some limits on the powers of the British government established by the Magna Carta, the Petition of Right and the English Bill of Rights, the Parliament was considered sovereign. Many Tories such as Massachusetts Royal Governor Sir Frances Bernard asserted Parliament effectively possessed absolute authority. He wrote:

“The King in Parliament has the sole right of legislation, and the supreme super-intendency of the government; and, in this plentitude of power, is absolute, uncontrollable, and accountable to none; and therefore in a political sense, can do no wrong” [Emphasis added]

As the colonists understood it, the Parliament had authority to legislate for the empire as a whole – to handle foreign relations and foreign trade. But internal governance was supposed to be left to the colonial legislatures. After all, the colonists weren’t represented in Parliament – thus the phrase “no taxation without representation.”

The Americans saw this gradual expansion of parliamentary power in the colonies as “encroachment” into a sphere of authority that rightly belonged to their own colonial assemblies. Adams likened it to cancer.

Adams went on to identify one specific problem with an ever-expanding government. More and more people become dependent on it for their wellbeing and sustenance. That sets off a vicious cycle resulting in government power increasing to an even greater extent.

“The revenue creates pensioners, and the pensioners urge for more revenue.”

Adams was referring to “pensioners” in a generic sense – people dependent upon government for their livelihood, not necessarily just retirees. He warned that as more and more people become attached to and dependent on the government, the greater society would begin to devolve.

“The people grow less steady, spirited, and virtuous, the seekers more numerous and more corrupt, and every day increases the circles of their dependents and expectants, until virtue, integrity, public spirit, simplicity, and frugality, become the objects of ridicule and scorn, and vanity, luxury, foppery, selfishness, meanness, and downright venality swallow up the whole society.”
In simplest terms, the smallest violations of the Constitution eventually lead to an overreaching, overbearing government operating far outside of its constituted authority. Eventually, it destroys the entire constitutional system. That’s why it’s imperative to nip even the slightest federal overreach in the bud.

We have an advantage over the colonists in that we live under a written Constitution. We can refer directly to the words on the parchment, and we can determine exactly what those agreeing to those words understood them to mean. Unfortunately, most people today still ignore violations of the Constitution as long as they achieve some desired goal, or if a member of their own party perpetrates them. Tenth Amendment Center executive director Michal Boldin calls this attitude “foolish.”

“When you turn a blind eye to violations of the Constitution because your team is doing it, or it helps advance your own political goals, don’t be surprised when future politicians treat things like there are no limits at all.”

The mere act of declaring limits on government doesn’t guarantee that the government will remain constrained. Ultimately, it’s up to us to “nip it in the bud” the moment we see over reach and usurpation.