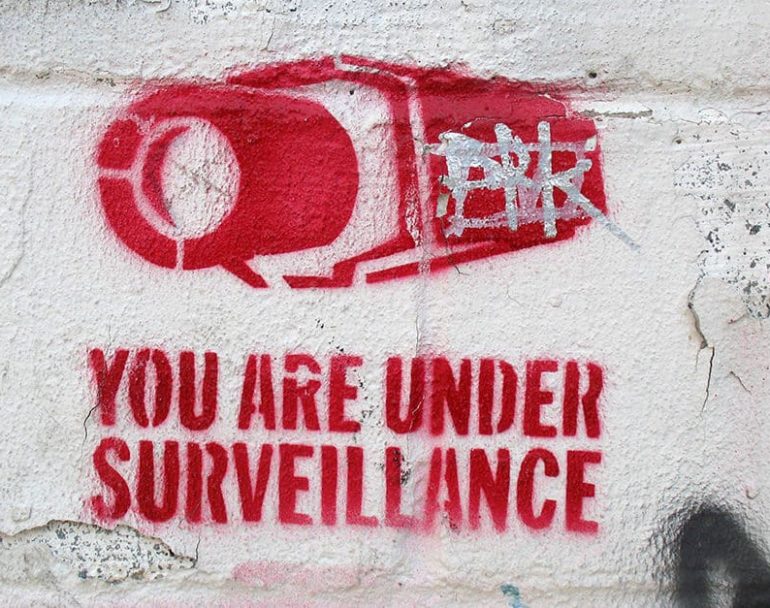 Recent revelations by the Electronic Frontier Foundation (EFF) relating to warrantless surveillance have placed cooperative efforts between state and federal agencies under the microscope.

What turned up confirms the alarming manner in which data is gathered and shared up and down an intricate information superhighway between state and local law enforcement, and federal agencies including FBI, CIA and NSA.

Through an intricate network of interconnected agencies and information sharing programs, data collected by a small town sheriff can eventually end up in national databases accessible by state, local and federal law enforcement agencies across the country. At the same time, warrantless data vacuumed up by the NSA can end up on that same sheriff’s laptop.

Information uncovered by the EFF demonstrates how this happens with license plate data. Recently released records obtained via open records requests encompassed the data compiled by 200 agencies that utilize Automated License Plate Readers (ALPRs). The data accounts for more than 2.5 billion license plate scans in 2016 and 2017. Perhaps more concerning, this gigantic sample of license plate scans reveals that 99.5 percent of this data was collected regardless of whether the vehicle or its owner were suspected of being involved in criminal activity. On average, agencies share this data with a minimum of 160 other agencies. In some cases, agencies share this data with as many as 800 other agencies.

ALPRs combine high-speed cameras and optical character recognition technologies that quickly scan unique, individual license plates and convert the image into machine-readable text. They can be deployed in stationary locations in arrays that cover every vehicle and every direction along highways, interstates, suburban roadways and even entrances to events and locations such as gun shows and organic grow shops. They can also be mounted on police cars to passively collect license plate scans during routine patrols or to surveil specific communities by systematically driving through targeted neighborhoods. This mass surveillance technology operates lightning fast. It is capable of scanning every driver on the road and logging their location, regardless of whether they are suspected of being involved in a crime. Keep in mind, all drivers are required, by law, to tag all registered vehicles with license plates. Each unique plate is attached to the name of the person the vehicle is registered to. ALPRs essentially convert license plates into individual tracking devices.

After the plate data is collected, the ALPR array uploads the data to a central database, along with a time and date stamp and the GPS coordinates of your location. Police can then search these databases to see where drivers have traveled or to identify vehicles that have visited specific locations. Police also have the ability to add suspicious plates to “hot-lists,” allowing for real-time alerts when a vehicle is detected by an ALPR system.

It has become standard practice for all warrantless surveillance data gathered at the state level to also be uploaded to federal fusion centers operated by the Department of Homeland Security (DHS) and other federal agencies.  Fusion centers serve as clearinghouses for all kinds of information shared between federal, state and local law enforcement agencies—including data gathered by surveillance cameras, drones, intercepted cellphone and email communications, social network spying, as well as ALPRs and other invasive modes of surveillance. The DHS funds and ultimately runs 79 fusion centers across the U.S. The DHS describes homeland security intelligence/information fusion as the ”…process of managing the flow of information to support the rapid identification of emerging terrorism-related threats requiring intervention by government and private-sector authorities.”

Fusion centers were created to combat terrorism, but that is not how they are being used. The ACLU pointed to a bipartisan congressional report to demonstrate the true nature of government fusion centers: “They haven’t contributed anything meaningful to counterterrorism efforts. Instead, they have largely served as police surveillance and information sharing nodes for law enforcement efforts targeting the frequent subjects of police attention: Black and brown people, immigrants, dissidents, and the poor.”

Reuters revealed that the of NSA’s surveillance operation is as equally far removed from counter-terrorism in an August 2013 article. According to documents obtained by the news agency, the NSA passes information to state and local police through a formerly secret DEA unit known as Special Operations Divisions and the cases “rarely involve national security issues.” Nearly all of the information involves regular criminal investigations—often relating to the “war on drugs,” not terror-related investigations. In practice, the NSA knowingly and intentionally collects and stores this data without a warrant, culls and analyzes it in order to generate profiles on unsuspecting Americans, and then encourages state and local law enforcement to violate the Fourth Amendment by making use of this information in the course of their investigations.

Fusion centers are merely one component in a broader federal spying program. Federal agencies sweep up, collect and share astronomical amounts of data gathered at the state level. This is achieved through a relatively obscure entity called the Information Sharing Environment (ISE). ISE is comprised of federal and state partnerships that facilitate federal efforts to track millions of American citizens. According to its website, the ISE “provides analysts, operators, and investigators with information needed to enhance national security. These analysts, operators, and investigators… have mission needs to collaborate and share information with each other and with private sector partners and our foreign allies.”

In other words, ISE serves as a conduit for the sharing of surveillance data, including information gathered without a warrant. Known ISE partners include the Office of Director of National Intelligence which oversees 17 federal agencies and organizations, including the NSA. ISE utilizes these partnerships to collect and share data on the millions of unwitting people they track. Again, this is achieved through the warrantless acquisition of phone calls, emails, web browsing history and text messages. These unconstitutional searches and seizures are often done without probable cause and in a manner that remains hidden and concealed from their targets’ knowledge.

WHAT STATES CAN DO?

Since state and local law enforcement agencies serve a vital role in this national surveillance network, states can hinder warrantless spying by simply refusing to participate.

In June of 2018, the state of Michigan took this step when it enacted the Fourth Amendment Protection Act, which prohibits the states, and their political subdivisions, from assisting, participating with or providing material support or resources to a federal agency that enables it to collect or facilitate in the collection or use of a person’s electronic data unless one of these five conditions apply:

Based on the federal government’s heavy reliance on partnerships and data sharing with state and local law enforcement agencies, passage of the Fourth Amendment Protection Act has the potential to impede warrantless surveillance in states all across America. For example, if federal agents moved to engage in mass, warrantless surveillance on specific groups or political organizations in Michigan, it will now have to do so without the backing, support or collaboration of state or local law enforcement agencies. Additionally, state resources such as water and energy cannot be provided to federal agencies who are conducting warrantless surveillance operations in that state. This development will likely prove to be a thorny and difficult problem for the feds to overcome.

The time for state leadership in privacy protection is now.