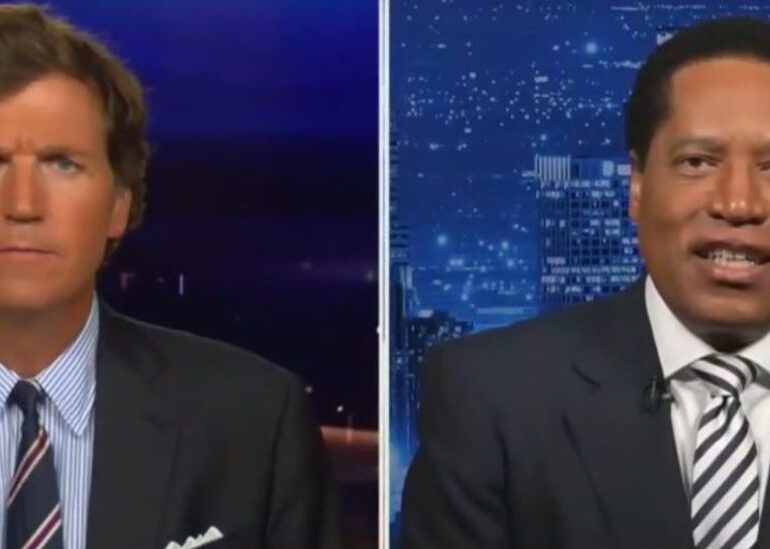 Elder described the group’s goal as being based on the “same premise as [slavery] reparations” during a Monday night appearance on “Tucker Carlson Tonight.”

“Black Lives Matter has achieved more political power in a shorter period of time than any group I’ve ever seen,” Fox News host Tucker Carlson observed. “More than Ross Perot in ‘92. It’s amazing. Why haven’t we seen a forensic examination of what they are calling for?”

“It is pretty impressive how powerful they’ve become, and if you look at some of the written demands that they’ve made over the past few years, it’s pretty clear this is all about transferring property from white people to black people,” Elder explained. “It’s the same premise as is reparations. The extraction of property and money from people who were never slave owners to be given to people who were never slaves. So the whole thing is ridiculous.”

The conservative pundit and radio host speculated that even if “we came up with a vaccine to get of racism in America,” the problems that plague the black community would continue.

“Will we still have 70% of black kids being raised without fathers?” he asked rhetorically. “Will we still have a 50% urban high school dropout rate in some cities? Would there still be 25% of young black men having criminal records? If that is true, then the elimination of white racism is not going to solve the problem, and we are going to always be searching for elusive solutions if that’s the goal.”

“It is far and away the biggest problem facing America, and the eradication of white racism will not solve these problems,” Elder concluded.