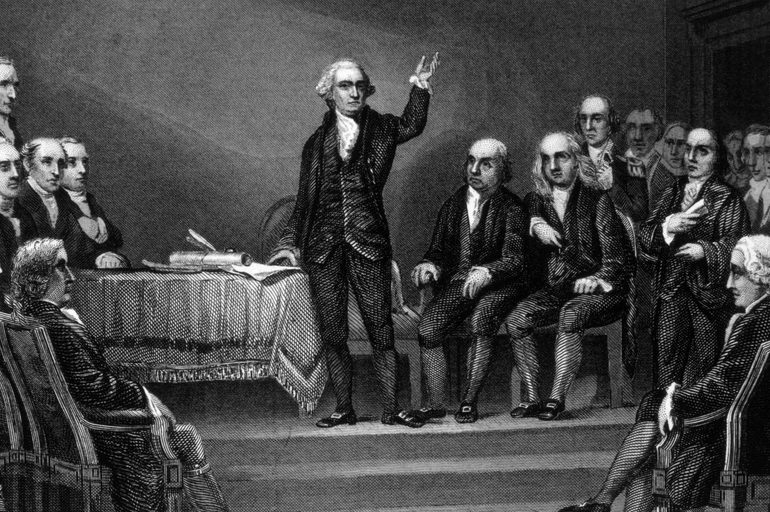 Recently, the Center for the Study of Constitutional Originalism held its annual Works-in-Progress Conference. One of the papers was written by Dean William Treanor of Georgetown Law School. (Both Bill and I were at Yale Law School as students and we both wrote originalist student notes, though from very different perspectives.)

Bill’s paper “Framer’s Intent: Gouverneur Morris, the Committee of Style, and the Creation of the Federalist Constitution” is extremely interesting. He argues that Gouverneur Morris, who was a delegate at the Philadelphia Convention, had an extremely important influence on the Constitution produced by the Convention. Morris, who served on the Committee on Style that took the constitutional provisions agreed upon by the Convention and wrote them into a single document, was the lead author and in a very real sense “wrote the Constitution.” While Morris’s important role is well known, Treanor’s paper is the first work that I know about that discusses Morris’s role systematically. I highly recommend reading it once it is publicly available.

It turns out that the changes from Morris’s hand were quite substantial. Morris had an enormous effect on much of the now familiar constitutional language, including on the Preamble, the structuring of the first three articles of the Constitution, the three Vesting Clauses, the Supremacy Clause, and the Contract Clause. Significantly, Treanor argues that Morris’s changes were not generally recognized by the Convention and therefore he may have slipped these changes passed the Convention so that the language of the Constitution did not really represent the Convention’s intent.

I am not sure I agree with this part of the paper. First, we do not really know whether Morris slipped these changes by or whether the delegates supported them (even though Madison’s Notes do not mention their discussing them). Second, I would need to study Morris’s changes much more carefully before I concluded that they rendered the Constitution more ambiguous than it would have been. In any event, in some cases, I believe that the “ambiguous provisions” support Morris’s vision and in other cases, I believe they are opposed to it.

The most interesting question here is, what should be the interpretive result if Treanor’s account of Morris’s changes is correct? In my view, we should look to the constitutional text that was enacted, not to the intent underlying the earlier version of the constitution.

So how could the Convention have avoided Morris allegedly pulling a fast one? They could have examined the text of the Constitution that he produced very carefully. There is nothing odd about that. In fact, today when textual changes are made to a legal document, lawyers typically do that. And I would assume that the Convention did the same thing.

It is possible that they failed to do so because they were tied and sought to leave Philadelphia. And that would be regrettable, but no different than the Convention’s failure to include a Bill of Rights in the Constitution for the same reason.