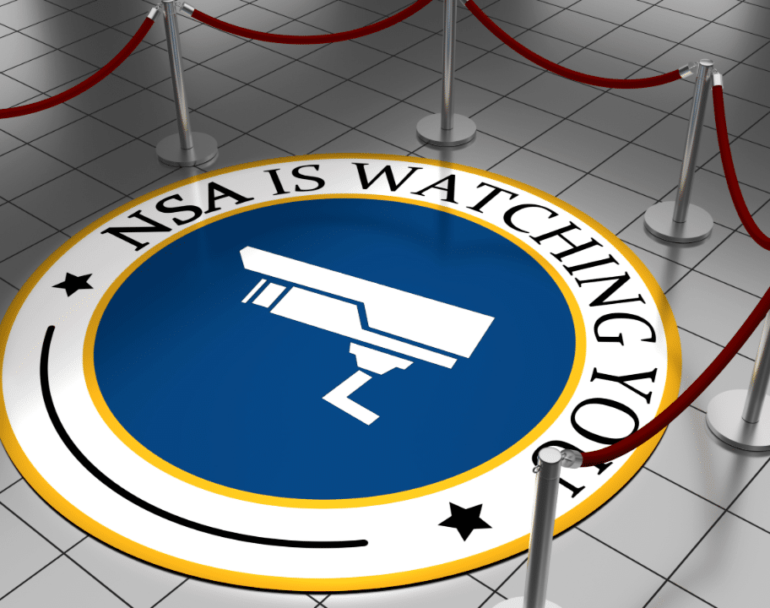 People often say we shouldn’t worry about federal surveillance because the federal courts will protect our rights and ensure agencies like the NSA and FBI operate within the confines of the Fourth Amendment. A recent opinion handed down by a federal judge reveals why this is a foolish strategy.

The case dates all the way back to 2008 and has been kicked back and forth between federal courts for more than a decade.

In a decision handed down on April 25, U.S. District Judge Jeffery White declared that the feds can use its “state secret” privilege to block litigation relating to mass surveillance. As reported by Courthouse News, the Justice Department argued that “revealing whether classified evidence it gave the court proves that the government collected five named plaintiffs’ internet and phone data would in and of itself threaten national security.”

In other words, the federal government gave the court evidence and then argued that the court couldn’t use that evidence to determine whether the NSA’s spy-program was legal because it would “jeopardize national security.”

And the government judge affirmed this argument.

The Electronic Frontier Foundation represents the plaintiffs and called the case a “Catch-22.”

“No one can sue unless the court first determines that they were certainly touched by the vast surveillance mechanisms of the NSA. But, the government argued successfully, the court cannot decide whether any particular person’s email, web searches, social media or phone calls were touched by the surveillance unless the government admits it. Which, of course, it will not do.”

The EFF vowed to appeal the decision.

“The American people deserve to know whether mass surveillance is legal and constitutional,” EFF Executive Director Cindy Cohen said in a statement. “Instead of proceeding to the legal merits of the government’s programs, the court deferred to the government’s state secrecy arguments. We look forward to seeking review in the Ninth Circuit.”

In determining that the suit could not continue, the judge also rejected public evidence submitted by the plaintiffs to show the feds illegally spied on the defendants. This included a 2003 document from a former AT&T technician detailing how the company routed internet traffic through a secret room controlled by the NSA. The judge said the employee could only “speculate” about what went on in that room.

“The underlying premise that AT&T worked in the capacity of an agent for defendants is without factual or substantive evidentiary support,” White wrote

White also refused to consider a letter the government disclosed by mistake that revealed several big telecom companies including AT&T, Verizon and Sprint gave the NSA access to phone records. The judge held that since the government accidentally disclosed the document and disputes its authenticity, it did not meet evidentiary standards.

And according to Courthouse News:

“White also declined to rely on a 2009 NSA inspector general’s draft report describing another mass-surveillance program. Although former NSA contractor and fugitive Edward Snowden vouched for its legitimacy in a sworn declaration, White refused to consider it because the government would not authenticate it.”

This may not be the best way to fight unconstitutional, warrantless, dragnet surveillance.

But we can limit the federal surveillance state through state action. If states refuse to participate in or support federal spying, it will become much more difficult for the NSA and other federal agencies to continue.