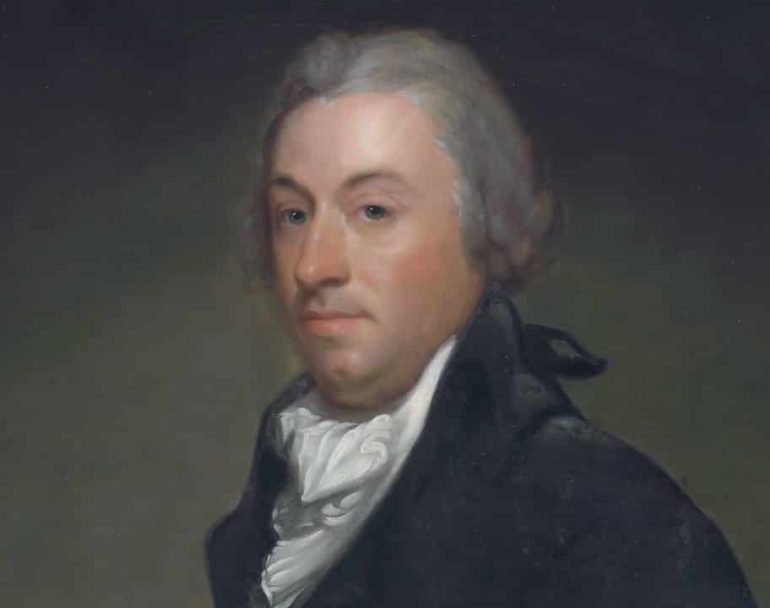 Today in history, on Feb. 26, 1813, Robert Livingston died. Known as “The Chancellor” for his position at the top of New York’s equity court, he became one of his state’s most influential politicians in an era of political upheaval. He was also an important figure in the ratification of the Constitution.

Born into the most prominent New York family, Livingston was destined to follow a legal background. He entered King’s College in 1765 and was admitted to the colonial bar in 1770. Selected by his colonial legislature to attend the Continental Congress, Livingston found himself on the five-man committee that drafted the Declaration of Independence. While his state wavered on the prospect of independence, Livingston maintained a strong position in support.

After New York had declared independent and drafted a republican constitution, Livingston helped established New York’s legal norms as the Chancellor of New York. Under the Articles of Confederation, he served as Secretary of Foreign Affairs.

At the New York ratification convention in Poughkeepsie, Livingston maintained pragmatic sensibilities comparison to Alexander Hamilton and John Jay, but assumed a moderate position in favor of ratification. Addressing the multitude of detractors, Robert Livingston assured the assembly that the Constitution model was a republic “formed by a league of states.” Livingston strongly refuted the statements of those who denied this, saying that “the gentlemen who have spoken in opposition to me, have either misunderstood or perverted my meaning.” He also countered the attacks regarding the power of the executive by clarifying that almost all powers resided in Congress, including powers of war, peace, and taxation. Therefore, the government could not make unlimited demands upon the states. According to Livingston, the structure and purpose of the government limited its potential to challenge the states.

After the Constitution had been ratified and when the new government went into effect, Livingston administered the presidential oath of office to George Washington at Federal Hall in New York City. After a failed attempt to win the governorship of New York, he remained Chancellor of his state until 1801.

Breaking with the Federalists in the 1790s, he opposed the National Bank, Jay Treaty, Sedition Act, and the Quasi-War. Appointed by President Thomas Jefferson to serve as an ambassador to France, Livingston was instrumental in negotiating the Louisiana Purchase in 1803. Upon the occasion, he declared that “the United States take rank this day among the first powers of the world.”