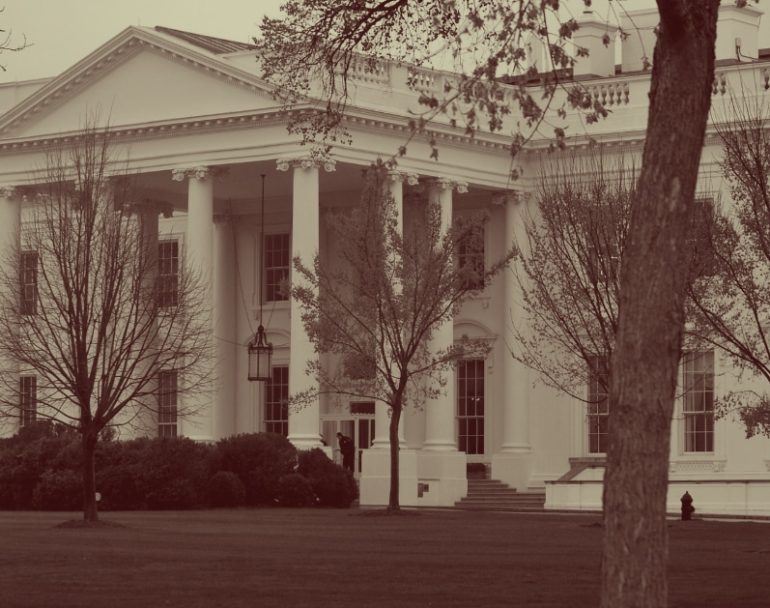 Last week the United States withdrew from the Intermediate Range Nuclear Forces (INF) Agreement with Russia, pursuant to the Treaty’s six-month notification period for withdrawal (the notification was sent in February).  The President directed the notification and withdrawal on his own independent constitutional authority.

I have not seen any substantial constitutional objection to this action — which is a little surprising given widespread constitutional objections to various presidential actions and the fact that the Constitution says nothing directly about the power to withdraw from treaties.  Perhaps it’s assumed that the President has this power as a result of longstanding practice (as discussed by Curtis Bradley here).  But that does not resolve the Constitution’s original allocation of the power.

Or one might say that Congress has the power to withdraw from treaties.  To an extent, this is surely true.  If a treaty interferes with Congress’ exercise of an enumerated power, Congress would seem to have the necessary and proper power to remove the obstacle of the treaty.  Indeed, pursuant to what we now call the “later-in-time” rule, Congress can simply violate a treaty by passing inconsistent legislation.

That brings us back to the President.  But the President’s specific textual powers do not seem helpful either.  The power to make treaties with the consent of the Senate surely does not imply the power to withdraw from treaties without the Senate’s consent.  The power to receive ambassadors also seems unhelpful, both because treaty withdrawals are not necessarily communicated through ambassadors and because this clause seems an odd place to hide the withdrawal power.

Perhaps treaty withdrawal is a form of law execution (treaties are the supreme law of the land, by Article VI, and withdrawing from a treaty in accordance with its terms might seem like a form of executing it).  So maybe the power comes from the take care clause.  But I think not.  First, I don’t think that clause gives any power at all: it describes a duty, not a power. Second, it’s a bit awkward to say that one executes a treaty by deciding to no longer execute it.  To be clear, I don’t think the take care clause prohibits the President from withdrawing from a treaty (as long as he doesn’t violate it), but I also don’t think it empowers him to do so.

The solution to this puzzle, in my view, is the executive power vested in the President by Article II, Section 1.  As I’ve argued at length (e.g., here), this clause (a) is a substantive grant of power and (b) contains, in addition to the power to execute the laws, a variety of foreign affairs powers not otherwise allocated in the Constitution.  Generally speaking, this executive foreign affairs power amounts to the power to manage diplomatic interactions with foreign countries.  And managing relations with treaty partners, including withdrawing from treaties where appropriate, seems to fit well within this power.

So presidential withdrawals from treaties do not worry me as a constitutional matter.  (Presidential violations of treaties are another matter, but that is not today’s topic).  But they are a substantial challenge for scholars and commentators who do not accept the Article II, Section 1 executive power in foreign affairs.  It seems highly unlikely that the Constitution provides no way to withdraw from treaties (especially treaties that specifically contemplate withdrawal by notification).  If Article II, Section 1 is not the source of this power, what is?