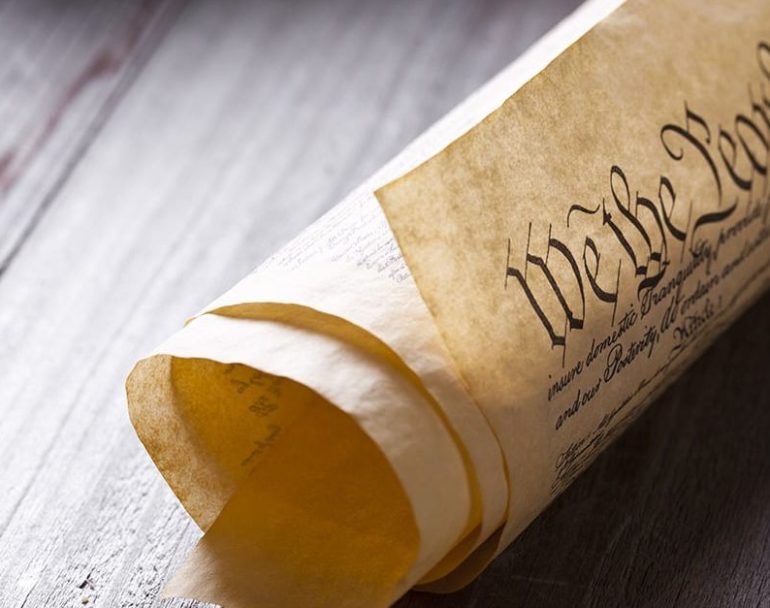 The Constitution empowers Congress “to regulate Commerce with foreign Nations, and among the several States, and with the Indian Tribes.” Article I, §8, cl. 3. During the New Deal of the 1930s, liberal constitutional writers began to argue that “Commerce” as the Constitution uses the term includes all gainful economic activities. Their purpose was to build a case for unfettered federal supervision of the national economy.

More recently, liberal writers have seized upon the fact that the founding generation occasionally used the word more widely, and have argued that the Constitution grants Congress authority to regulate nearly all social interaction. Their purpose is to build a case for unfettered federal supervision of almost everything (except, perhaps, abortion).

Two research projects (here and here) by Georgetown University’s Professor Randy Barnett found, however, that in everyday 18th century discourse the word “commerce” approximated mercantile exchange. His conclusions were based on literally thousands of usages in contemporaneous writings. In a study of how the terms “commerce” and “regulate commerce” were used in Anglo-American law, I concluded that they included trade and specific (not all) closely-related activities, such as navigation, commercial paper, and marine insurance. My study was based on over 400 reported American and British court cases, as well as statutes, legal treatises and other sources.

I concluded that “commerce” was a legal category separate from other legal categories, including most—such as bankruptcy and manufacturing—considered interdependent with commerce.

In several other articles, I’ve collected specific representations by the Constitution’s advocates that activities such as agriculture, manufactures, criminal law, and domestic relations would remain outside the federal purview—further demonstrating that the constitutional phrase “Commerce” simply could not be as broad as some claim it is.

Nevertheless, legal writers continue to promote the commerce-is-almost-everything view, generally without any serious effort to engage either Professor Barnett’s evidence or mine.

The three recently-issued Pennsylvania volumes of the Documentary History offer virtually no support for the commerce-is-everything hypothesis. On the contrary, in the documents reproduced, “commerce” is a concept separate from other economic and non-economic activities. The context shows that the word was allied to “trade” and distinct from manufactures, agriculture, and other social activities—even when those activities are deeply affected by commerce. In the minds of these writers, “commerce” was essentially the economic exchange of goods previously produced.

Following are sample quotations with citations to volume and page of the Documentary History in this form: [volume] DH [page]

* “although the crops of late have been generally good, never was the farmer better paid for the part he spared for commerce.” 32 DH 7.

* Instead of a free commerce with all the world, our trade is every where fettered with restraints and impositions, dictated by foreign interest.” 32 DH 15.

* A regular commerce has nearly the same effect as agriculture or the mechanic arts; for the principles are generally fixed and understood.” 32 DH 32

* “it cannot be denied, that in a certain degree, commerce, manufactures, and colonization are necessary in countries full of people, and loaded with an enormous expense for the support of a splendid government fleets and armies.” 32 DH 148.

* “. . .‘commerce has been stated as the great object, and I fear it is yet believed to be the most important interest in New-England. But from the best calculations I have been able to make, I cannot raise the proportion of property, or the number of men employed in manufactures, fisheries, navigation, and trade, to one-eighth of the property and people occupied by agriculture, even in that commercial quarter.’ This author very judiciously ranks agriculture, manufactures, internal trade, and foreign commerce in the first, second, &c. [etc.] places, respectively. 32 DH 159.

* “The systems of foreign and domestic commerce, manufactures, and other general objects, will require two years for a wise man to attain.” 33 DH 939.

This is the fourth of a series of postings on lessons learned from three just-issued volumes of the Documentary History of the Ratification of the Constitution. This post focuses on the meaning of the constitutional term Commerce.