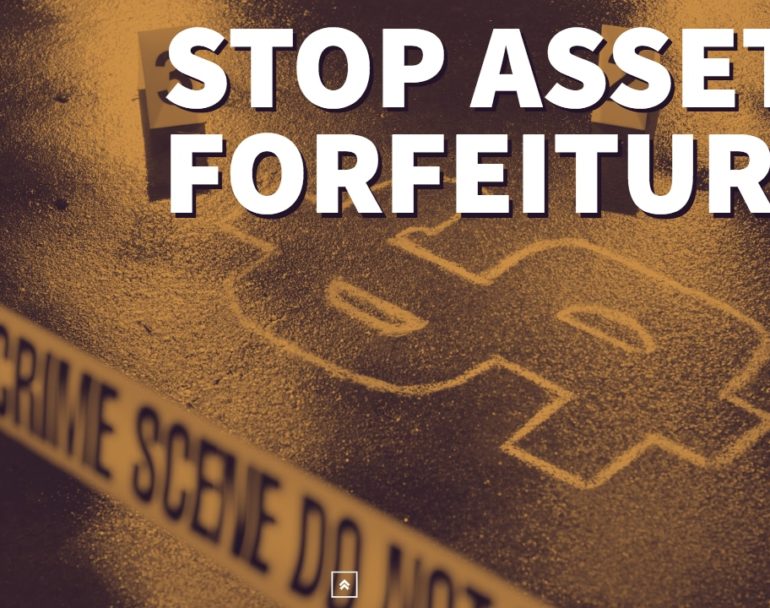 ST PAUL, Minn. (March 27, 2019) – A bill moving through the Minnesota House would reform the state’s asset forfeiture laws to require a criminal conviction in most cases and close a loophole allowing state and local police to circumvent the more stringent state asset forfeiture process by passing cases off to the feds.

A bipartisan coalition of representatives introduced House Bill 1971 (HF1971) on March 4. The legislation would effectively end civil asset forfeiture in the state and replace it with a criminal procedure. Under the proposed law, prosecutors would not be able to move forward with asset forfeiture proceedings without first obtaining a criminal conviction in most cases.

A companion bill (SF2155) was introduced in the Senate on March 7.

“That is likely to be a hotly contested issue in the lower federal courts over the next few years. The ultimate effect of today’s decision depends in large part on how that question is resolved. If courts rule that only a few unusually extreme cases qualify as excessive, the impact of Timbs might be relatively marginal.”

Going forward, opponents of civil asset forfeiture could wait and see how lower federal courts will address this “over the next few years,” or they can do what a number of states have already taken steps to do, end the practice on a state level, and opt out of the federal equitable sharing program as well.

Passage of HF1971/SF2155 would take a big step toward closing a loophole that allows state and local police to get around more strict state asset forfeiture laws in a vast majority of situations. This is particularly important in light of a policy directive issued in July 2017 by then-Attorney General Jeff Sessions for the Department of Justice (DOJ).

HF1971/SF2155 features language to close the loophole in most situations.

A local, county, or state law enforcement agency shall not refer, transfer, or otherwise relinquish possession of property seized under state law to a federal agency by way of adoption of the seized property or other means by the federal agency for the purpose of the property’s forfeiture under the federal Controlled Substances Act, United States Code, title 21,section 881; or the Comprehensive Drug Abuse Prevention and Control Act of 1970, Public Law 91-513, section 413.

In a case in which the aggregate net equity value of the property and currency seized has a value of $50,000 or less, excluding the value of contraband, a local, county, or state law enforcement agency or participant in a joint task force or other multijurisdictional collaboration with the federal government shall transfer responsibility for the seized property to the state prosecuting authority for forfeiture under state law.