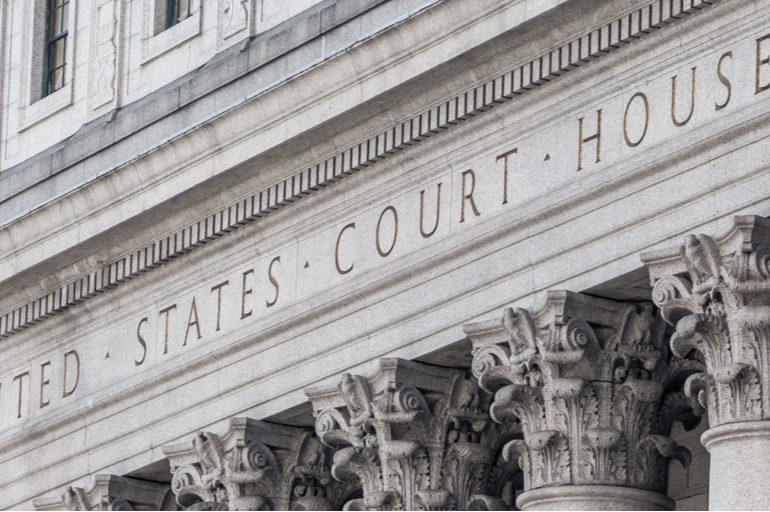 The most important developments this term at the Supreme Court were the skirmishes around the administrative state. These skirmishes revealed a variety of strategies, sometimes conflicting, that the conservative justices are using to constrain the enormous discretion that administrative agencies now enjoy. Because of Chief Justice Roberts’ concern to protect the political capital of the court, these strategies are subtle and have not yet resulted in the outright overruling of any cases.

Nevertheless, these strategies promise to yield more than symbolic results. But their success depends on maintaining or adding to the current majority on the Court and would be substantially aided by the confirmation of lower court justices in the mold of Trump’s previous appointments. Indeed, it is hard to overemphasize the importance of lower court judges in making the most of what the Court has begun this term.

Kisor v. Wilkie, decided this term, concerned Auer deference. Auer deference is the doctrine by which the Court gave administrative agencies primacy in interpreting their own regulations if the regulations are ambiguous. The doctrine has been widely criticized as inconsistent with the Administrative Procedure Act’s mandate of judicial review of agency action, and for encouraging agencies to generate confusing, ambiguous regulations which they can later interpret in their own favor. The Kisor majority refused to overrule Auer, but it significantly cut back on its likely scope of application—very significantly, if the standards of Kisor are applied by the kind of lower court justices that Trump appoints.

First, the Court made clear that “Kisor deference” should be reserved only for cases of genuine ambiguity—that which remains after all the tools of traditional interpretation have been applied. Justice Antonin Scalia once remarked that he found ambiguity less often than most of his colleagues, because he believed that such tools allowed him to find the better view, leaving few situations in the kind of equipoise that demanded deference. So judges in the mold of Scalia, like those appointed by Trump, will rarely find themselves in the state of uncertainty that triggers Kisor deference. Second, the Kisor opinion made clear that the rule for deference is also limited to situations in which an agency formally adopted the relevant interpretation and did so on the basis of a comparative technical expertise over the judiciary. Judges who worry about the ever-expanding power of the administrative state will rigorously enforce these limitations.

Indeed, Chief Justice Roberts—who furnished the fifth and crucial vote for declining to overrule Auer—argues that the practical difference between overruling Auer and implementing the rules provided by Kisor is relatively modest. Even without Auer, courts would still grant so-called Skidmore deference to agencies—a deference that is given in proportion to the indications of persuasiveness of the agency’s interpretation such as the agency’s relevant experience or the closeness in time of its interpretation to the issuance of the regulation.

Roberts’ concurrence confirms that what occurred here was a judicial compromise. Roberts declined to overrule Auer in return for much stricter limitations on how it will be applied. This demonstrates the Chief Justice’s view of the inherently political nature of the Court. Roberts is genuinely concerned that too many reversals of precedent will hurt the credibility of the Court and open it up to attacks. He is probably right that he has gotten most of what he wants without overruling Auer, so long as the majority of the Court remains stable or is increased by Republican presidents.

In Gundy v. United States, the Supreme Court upheld a broad delegation to the Attorney General to determine how to retroactively apply certain requirements on sex offenders. But the decision does not suggest that large scale delegations will be upheld in the future. Far from it. Justice Samuel Alito provided the crucial fifth vote only because the parties did not argue that the Court’s current non-delegation regime should be changed, although he expressly suggested that he was open to reconsidering the doctrine in future cases. Three dissenters believed that the non-delegation doctrine should be strengthened to require Congress to provide greater specificity so as to deny the executive to wield truly legislative powers. Justice Kavanaugh did not participate because he had not yet been confirmed, but he is thought to be generally sympathetic to the dissent’s principles.

This case invites lower court justices to dissent from upholding broad delegations. The non-delegation doctrine is murky, as the dissent shows, and there is no current court majority clearly in its favor. Such opposition in lower courts can tee up challenges in the cases that will provide the best vehicles for Supreme Court review.

In an excellent post, my colleague Mike Rappaport correctly notes the risk of this strategy of delay—a potential loss of the Supreme Court majority for conservatives. But a revival of the non-delegation doctrine is not likely to have precise contours, and it would be easy for a future liberal majority to reverse course in any event. One problem with using Gundy as a vehicle for strengthening the non-delegation doctrine is that rehearing the case to provide clearer instructions about possible reversals of past precedent would have forced Justice Kavanaugh to become the decisive vote on a momentous issue very early in his tenure—after having just gotten past the challenges of his confirmation hearing. But as with Kisor, the success of this strategy is premised on a continued conservative majority.

In Commerce v. New York, Chief Justice Roberts provided the crucial vote to block the Trump administration from adding a question about immigration status to the census form. But he did so in a manner that opens up another line of attack on the administrative state. Thus, his decision is reminiscent of Chief Justice John Marshall’s famous opinion in Marbury v. Madison. There, Marshall handed a victory to the administration of Thomas Jefferson, a President on the other side of the partisan divide, because Marbury did not get his commission. On the other hand, Marshall established two important principles—the Court’s authority to review executive actions and to conduct judicial review itself over the constitutionality of federal statutes—essential constitutional doctrines that could undermine Jefferson’s populist ideology in the long run.

The Empire Will Strike Back

But in case there is any doubt that the battle for controlling the administrative state is not yet won, consider the opinion in the census case written by the four liberals on the Court. They would have disallowed the citizenship status question whatever the sincerity of the administration’s reasons. They argued that it was arbitrary and capricious, despite the fact that the exact same question had been included before and that similar questions are included by many other nations. Crucial to their reasoning was the creation of a technocratic baseline for “reasonableness”—a standard that would elevate the judgement of the career civil servants who believed that the cost of reducing responses outweighed the benefits of getting a more accurate account of immigration status. This is a truly radical view, one that would further embolden the career bureaucracy by requiring political appointees to provide special reasons to override the decisions of their subordinates.

Moreover, this view has a clear progressive ideological valence, given that the views of career civil servants are decidedly leftward—even when compared to the rest of the Democratic party. This development underscores the importance of judicial appointments not only until 2020, but also as a central issue in the next election. Those who are interested the rule of law and limited government for the long term should take notice.