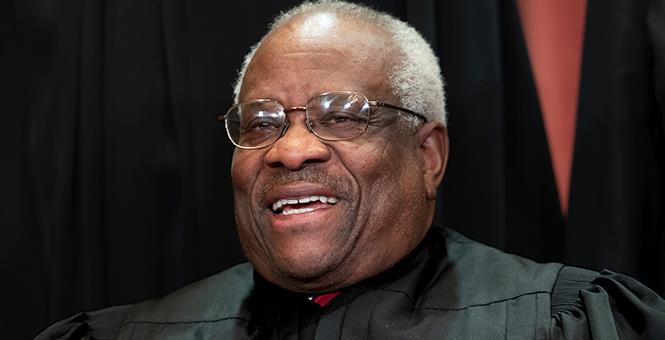 In 2017, President Trump cancelled his predecessor’s order to allow illegal immigrants brought to the U.S. before age 16 to apply for protection from deportation. On Thursday, SCOTUS ruled that Trump’s move was was “arbitrary and capricious” and that the DACA program would be upheld. Chief Justice Roberts, always a swing vote, swung in the direction of the court’s four liberal justices. In their ruling, the justices note that they did not rule on the merits of the case, but on the procedure the Trump administration used to try and rescind DACA.

In the primary dissent, Justice Clarence Thomas reasoned why his colleagues were way off base. In the first place, he notes, Obama’s DACA program was unconstitutional.

“DHS created DACA during the Obama administration without any statutory authorization and without going  through the requisite rulemaking process,” Thomas argues. “As a result, the program was unlawful from its inception.”

Yet, “under the auspices of today’s decision, administrations can bind their successors by unlawfully adopting significant legal changes through Executive Branch agency memoranda.”

“Today’s decision must be recognized for what it is: an effort to avoid a politically controversial but legally correct decision,” he later adds.

At issue here is whether emotion has replaced the law. Liberal lawmakers argue it’s inhumane to send DREAMers away, especially since for some of them the U.S. is the only home they’ve ever known and they were brought here through no fault of their own. But for conservatives, it’s a matter of maintaining law and order. And Justice Thomas forcefully communicated the latter sentiment.