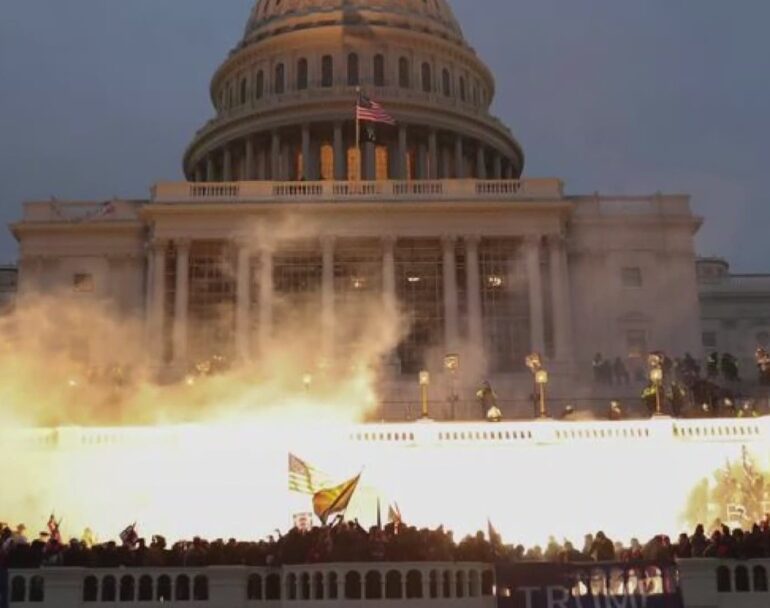 AUTHOR’S NOTE: If you are looking for some proactive measures to take to influence your US Senator, you have my permission and encouragement to send this to your Senators.  My thought is, even if you believe your Senator will disregard this settled law, you should send it anyway.  We should never be silent with truth and every elected officer should be presented with the truth so they cannot claim ignorance.  It would be a very powerful message if you could organize your circle of people to all send this Legal Memorandum.  If you have any questions, you can always reach me at KrisAnneHall.com

On January 6, 2021 a group of Americans assembled in Washington DC: some to protest the counting of Electoral College votes they believe were cast as a result of a fraudulent election, some to support President Trump, some to encourage the counting of the Electoral College votes, some to protest President Trump, and some to simply create chaos and destruction.  During this assembly some in this assemblage chose to engage in violence that resulted in damage to the Capitol building and the loss of life.  During this assembly of multiple groups and individuals, including President Donald Trump gave a speech, which transcripts are available.

HR 24- Articles of Impeachment allege that the actions of those who carried out the violence are attributable to President Donald J Trump due to words uttered at a rally and thus subjects him to legal and constitutional impeachment from office pursuant to Article 2 section 4 of the US Constitution for “Incitement of Insurrection.”

Article 2 section 4 of the Constitution reads:

The President, Vice President and all Civil Officers of the United States, shall be removed from Office on Impeachment for, and Conviction of, Treason, Bribery, or other high Crimes and Misdemeanors.

Incitement has a very settled definition in law and the standard is referred to as the “Brandeburg Test” as resulting from Brandenburg v. Ohio, 395 US 444 (1969).

The Brandenburg test was established in Brandenburg v. Ohio, 395 US 444 (1969), to determine when inflammatory speech intending to advocate illegal action can be restricted. In Brandenburg, a KKK leader gave a speech at a rally and, after speaking a laundry list of racial slurs, Brandenburg then said; “it’s possible that there might have to be some revengeance [sic] taken.”   In this opinion, the Supreme Court held that the government can only infringe upon freedom of speech by criminalizing speech when a two-prong standard created by this court is met.  The standard is as follows:

Further Supreme Court opinions give specific direction on the application of the Brandenburg Test.  The Supreme Court in Hess v. Indiana (1973) applied the Brandenburg test to a case in which an Indiana University protestor said, “We’ll take the fucking street again” (or “later.”) The Supreme Court held that the university protestor’s profanity was protected under the Brandenburg test, as speech that “amounted to nothing more than advocacy of illegal action at some indefinite future time.” The Court held that “since there was no evidence, or rational inference from the import of the language, that his words were intended to produce, and likely to produce, imminent disorder, those words could not be punished by the State on the ground that they had a ‘tendency to lead to violence.’”

In NAACP v. Claiborne Hardware Co.(1982), Mr. Evers made threats of violence against anyone who refused to boycott white businesses. The Supreme Court applied the Brandenburg Test and found that Mr. Evers’ speech was protected under the principles of freedom of speech: “Strong and effective extemporaneous rhetoric cannot be nicely channeled in purely dulcet phrases. An advocate must be free to stimulate his audience with spontaneous and emotional appeals for unity and action in a common cause. When such appeals do not incite lawless action, they must be regarded as protected speech.”

“We have come to demand that Congress do the right thing and only count the electors who have been lawfully slated, lawfully slated. I know that everyone here will soon be marching over to the Capitol building to peacefully and patriotically make your voices heard.”

Using the Brandenburg Test, as established by the Supreme Court of the United States, it must be concluded that President Donald Trump’s speech did not rise to the criminal level of inciting.  Consistent with the Supreme Court’s opinions, the speaker over a group cannot be held accountable for the actions of that group unless the speaker “directed to inciting or producing imminent lawless action,” AND the speech is “likely to incite or produce such action.”  It is highly dubious to assert that directing a crowd to “peacefully and patriotically make your voices heard” incites violence and insurrection.  There can be disagreement as to the appropriate nature of President Donald Trump’s words in general.  There cannot be disagreement as to the statements made in his speech, since they are recorded and freely available.

This is the only reasonable and moral way to maintain the essential standard of freedom of speech as enshrined in the United States Bill of Rights.  Any standard that deviates from this test in favor of criminalizing speech oughto be unacceptable in a nation built upon the essential principles of personal liberty.

The Supreme Court held in Texas v. Johnson 491 US 397 (1989) that freedom of speech is “a bedrock principle underlying the First Amendment is that Government may not prohibit the expression of an idea simply because society finds the idea itself offensive or disagreeable.” In RAV v. St. Paul 505 US 377 (1992), the Court held that even “hate speech” is protected under these terms of the First Amendment.  Finally, the Supreme Court held in Gregory v Chicago 394 US 111 (1969), “To let a policeman’s command become equivalent to a criminal statute comes dangerously near making our government one of men rather than of laws. There are ample ways to protect the domestic tranquility without subjecting First Amendment freedoms to such a clumsy and unwieldy weapon.”  To allow disagreement over words and meanings, to allow political dissention to become the standard of criminal activity violates the Constitution and the standards established by the Supreme Court, transmutes America away from a land whose foundation is settled in due process and rule of law to the “clumsy and unyielding weapon” of politicians, mob rule, and arbitrary standards that are antithetical to everything that embodies our Constitutional Republic.

Because President Donald Trump’s speech does not meet the two-prong test as established by the Supreme Court, it must be concluded that his speech has not risen to the level of criminal activity.  Since the standards of due process lead us to conclude that no crime was committed, the House Impeachment accusation is unlawful as there was no violation of a “high crime or misdemeanor.”  Finally, because the criminal elements of inciting are not met, President Trump cannot, under the law and the Constitution, be convicted by the Senate at trial.