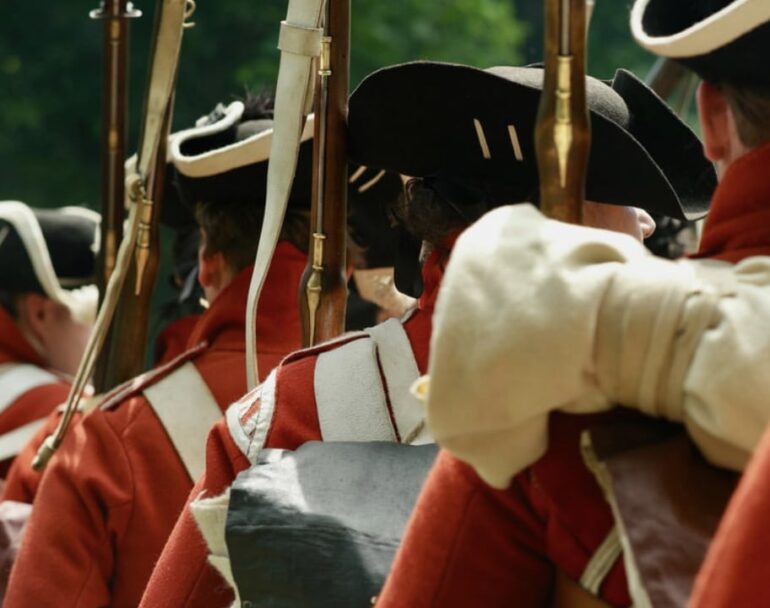 One of the major distinguishing characteristics, philosophically speaking, between our American ancestors and today’s Americans is with respect to the national-security establishment. Our ancestors fiercely opposed that type of governmental structure. Today’s Americans vociferously support it.

That was why our ancestors chose to bring into existence a limited-government republic, one that only had a basic, relatively small military. If they had been told that the Constitution was going to bring into existence the Pentagon, the vast military-industrial complex, an empire of domestic and foreign military bases, the CIA, and the NSA, there is no doubt that they never would have approved the deal. That would have meant that the United States would have continued operating under the Articles of Confederation, a type of governmental structure whose powers were so few and limited that the federal government didn’t even have the power to tax.

Why did our ancestors oppose so fiercely what they called a “standing army”? Because their view of government was totally different from the way that today’s Americans view government.

Our ancestors believed that the greatest threat to people’s freedom and well-being lay not with some foreign danger but rather with their very own government. They understood that historically the way that governments enslaved and controlled their citizenry was through a powerful military. Whenever the citizenry had to be “put into line,” the military would be there to do the job.

Our ancestors understood that soldiers obey orders. When they are ordered to establish “order,” they can be counted on to do so. Consider the words of Henry St. George Tucker in Blackstone’s Commentaries on the Laws of England: “Wherever standing armies are kept up, and when the right of the people to keep and bear arms is, under any color or pretext whatsoever, prohibited, liberty, if not already annihilated, is on the brink of destruction.”

It should be noted that not only was there no vast, permanent military-intelligence establishment during the first century and a half of our nation’s existence, there was also no income taxation, Federal Reserve, fiat (i.e., paper) money, immigration controls, Social Security, Medicare, farm subsidies, gun control, education grants, public schooling systems, drug war, and other aspects of the welfare-state way of life that characterizes America today. Our ancestors simply did not want the government to be taking care of them.

Obviously, today’s Americans view the federal government in a totally different way. They love the Pentagon, the vast military establishment, the empire of military bases, the CIA, and the NSA. They are convinced that all this keeps them safe from foreign threats, which they consider to be their paramount danger.

That’s why they like the fact that their military and intelligence officials wield such omnipotent powers as state-sponsored assassination, torture, indefinite detention, denial of due process, and mass secret surveillance, which, ironically, are the same types of powers wielded by totalitarian regimes. They simply cannot imagine any scenario in which such powers would ever be turned inward against them, even as they watch their military-intelligence officials install, partner with, and support brutal dictatorships in foreign lands.

Today’s Americans also believe that it is the role of the federal government to take care of people. That’s why Americans today live under a welfare state and its programs of income taxation, the Federal Reserve, immigration controls, trade restrictions and trade wars, Social Security, Medicare, Medicare, farm subsidies, education grants, gun control, fiat (i.e., paper money), and other welfare-state programs. Unlike our American ancestors, today’s Americans define freedom by the extent to which the government is taking care of them.

Today, America is besieged by crises, chaos, and dysfunction. Federal spending and debt are out of control and hurtling the nation toward bankruptcy. The Federal Reserve is printing money like it was going out of style. Healthcare was in crisis long before the Covid-19 pandemic. Immigration crisis. Education crisis. Afghanistan. Iraq. Syria. North Korea. State-sponsored assassinations. Torture. Indefinite detention. Denial of due process. Military tribunals. Mass secret surveillance. Unexplainable acts of mass violence. Drug addiction. Alcoholism. Ever increasing rates of suicide, including among young people.

Who was right — our American ancestors or modern-day Americans? Take a look around you. It’s not difficult to figure out the answer to that question.

Americans today need to do some serious soul-searching, especially before it’s too late. The question everyone needs to ponder is: What do we do going forward? Do we continue on this road to destruction of our liberty and well-being or do we restore our nation’s founding principles of liberty, independence, self-reliance, voluntary charity, and a limited-government republic?