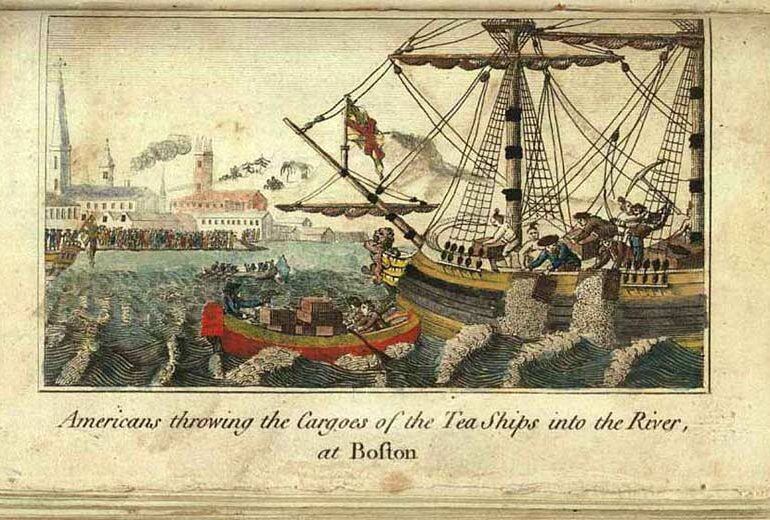 American colonists widely viewed this as another violation of their right to self-government and it led to further colonial rebellion against British authority.

Parliament passed the act to save the East India Tea Company from bankruptcy. The act allowed the company to sell tea directly to the colonies without first landing in England. This cut out one tax for the company and effectively lowered the overall tea on tax. But it also cut out colonial merchants who served as middlemen in the tea trade from England to the colonist out of the picture and granted the East India Tea Company a de facto monopoly on the sale of tea in the colonies. It also undercut a thriving black market tea trade between American colonists and the Dutch.

Colonial merchants were understandably unhappy about this development. More broadly, prominent colonists saw this as a manipulation of trade and were angry because it undercut colonial self-governance. Many colonists also viewed this as a stealthy way of legitimizing Parliament’s authority to impose taxes directly on the colonies – an already touchy subject.

This act mobilized colonial resistance to a level not seen since the Stamp Act. Colonists quickly organized boycotts. It wasn’t uncommon for traders to send tea-laden ships back to England. Colonists also took more aggressive action, harassing East India Tea Company agents in the colonies and forcing them to resign their positions. There was also a vigorous and vocal condemnation of the act from colonial leaders.

In a letter to Thomas Cushing, Roger Sherman expressed his opposition by stating that, “No Laws bind the people but such as they consent to be governed by.”

Resistance to the Tea Act led to the Boston Tea Party in December 1773, an action that ultimately led to the Declaration of Independence and the American Revolution.