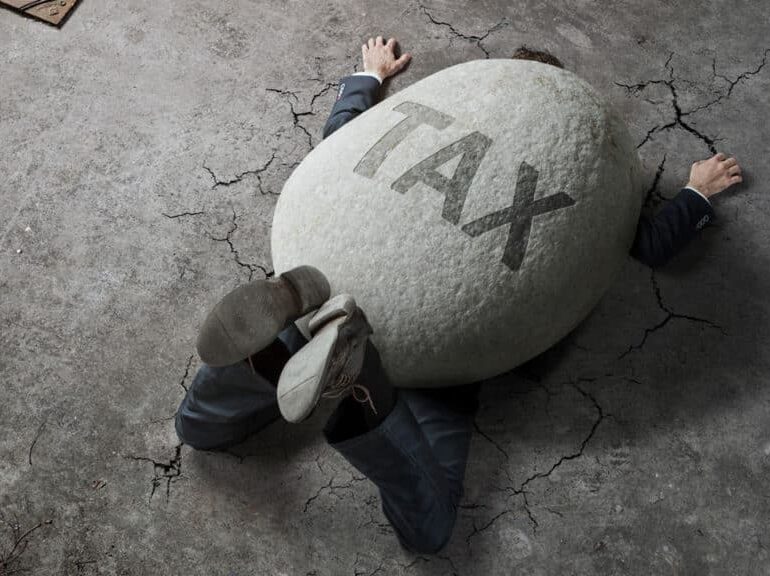 In June 1794 the United States Congress passed a tax on the ownership of carriages. The tax called for a levy, “Upon all carriages for the conveyance of persons, which shall be kept by or for any person for his or her own use, or to be let out to hire or for the conveyance of passengers, the several duties and rates following.”

This tax levy seemed to confirm some of the greatest fears of the Anti-Federalists during the ratification debates.

In a letter to Thomas Jefferson, James Madison lamented, “The tax on carriages succeeded in spite of the Constitution.”

Many protested the tax through civil disobedience. As discussed in a previous article, Daniel Lawrence Hylton, a wealthy Virginia businessman, refused to pay it because in his opinion it was unconstitutional and void. This led to the landmark Supreme Court Case  Hylton v. United States.

From the beginning, the taxing clause (Article I, §  8 Cl 1) evoked strong opposition from the Anti-Federalists. Some even warned that if the states adopted the Constitution as it was, they would experience a tyranny worse than they had endured under Britain.

The Anti-Federalists cited five major flaws with the general taxation clause of the new proposed Constitution.

First, they believe the clause was so vague that its interpretation could allow taxation of virtually any source within the country. The Anti-Federalist Brutus produced possibly the most widely read Anti-Federalist documents at the time of the ratification.  Clearly dissatisfied with the federalist explanations of the taxation clause, Brutus V notes that the apparent vagueness of the clause could allow the federal government unlimited taxing authority.

“To detail the particulars comprehended in the general terms, taxes, duties, imposts and excises, would require a volume, instead of a single piece in a news-paper. Indeed it would be a task far beyond my ability, and to which no one can be competent, unless possessed of a mind capable of comprehending every possible source of revenue; for they extend to every possible way of raising money, whether by direct or indirect taxation.”

Brutus went on to explain the dangers that could ensue if his opinion was correct:

“It will lead to the passing of a vast number of laws, which may affect the personal rights of the citizens of the states, expose their property to fines and confiscation and put their lives in jeopardy. It opens a door to the appointment of a swarm of revenue and excise officers to prey upon the honest and industrious part of the community, eat up their substance and riot on the spoils of the country.”

Brutus was correct; Congress would decide how constitutional articles are defined. However, they would do so with the rubber stamp of the Supreme Court in Hylton.

Second, the Anti-Federalists believed the Constitution in its present form left the states defenseless against federal overreach in the area of taxation.  In a letter concerning federal power, the Federal Farmer wrote:

The state governments then, we are told, will stand between the arbitrary exercise of power and the people. True they may, but armless and helpless, perhaps, with the privilege of making a noise when hurt. This is no more than individuals may do. Does the constitution provide a single check for a single measure by which the state governments can constitutionally and regularly check the arbitrary measures of congress?

In the Farmer’s opinion, the proposed Constitution contained no express provision for the states to check any law or arbitrary use of federal power.

“To give them the power of laying taxes, duties, imposts and excises by way of providing for the welfare of the United States, and then constitute them judges of what is necessary for these purposes, is giving them power to satisfy at the expense of the state’s any whim which ambition or the love of ostentatious might suggest to them. But yet every law that’s made will be binding, for they have an additional power expressly granted them to make all laws which shall be necessary and proper for carrying into execution the foregoing powers, and all the powers vested by this constitution in the government of the United States, or in any department or office thereof.”

Here James Warren, a prominent Massachusetts Anti-Federalist, specifically cites Article I, § 8, Clause 18 – the Necessary and Proper Clause. Warren keenly observes that the Necessary and Proper Clause will empower the federal government to be the ultimate judges of what taxes they may levy on the states. It would also give Congress the ability to pass any law they chose. Thus, they would have unlimited power of taxation over the states.

Fourth, the Anti-Federalists argued that a lack of limitations on the taxation clause would allow revenue to be channeled into military spending, particularly a standing army. The nation’s recent experience with the British military made many founders acutely aware of the dangers of a standing army. History had also shown them the threat a standing army posed to an existing government when controlled by the likes of Caesar.

Indeed, George Mason at the Virginia ratifying convention exclaimed, what havoc desolation and destruction have been perpetrated by standing armies. In many Anti-Federalists’ opinions, Article I, § 8, Clause 12 hinted at this danger. In his eighth essay, Brutus wrote:

“The power to raise armies is indefinite and unlimited and authorizes the raising of forces as well in peace as in war. Brutus notes the vagueness of this clause as he did with the general taxation clause.“

Samuel Bryan, writing under the name Centinel, argued that the new nation was moving further towards militarism than even Britain, as parliament was only allowed to authorize the raising of troops for one year at a time. However, the Anti-Federalists understood that the real danger of the army clause lay in its coupling with the general taxation clause. A series of Anti-Federalist essays under the pen name An Old Whig appeared in the Philadelphia Independent Gazetteer. The Old Whig wrote:

“The unlimited power of taxation will give them the command of all the treasures of the continent, a standing army will be wholly at their devotion.“

An Old Whig warned the American people that if the new government was permitted unlimited taxing power, eventually a standing army would be a distinct possibility.

In a speech before the Massachusetts ratifying convention, Williams Symmes hinted at what a standing army might be used for, he stated:

“For sir, I also disapprove of the power to collect, which is here vested in Congress. It is a power sir to burden us with a standing army.“

“Congress may spend money in aid of the general welfare, the line must still be drawn between one welfare and another, between particular and general, this discretion however is not confined to the courts. The discretion belongs to Congress, unless the choice is clearly wrong, a display of arbitrary power, not an exercise of judgment. This is now familiar law.”

Patrick Henry at the Virginia ratifying convention introduced a fifth criticism of the general taxation clause. Henry argued that by ascending to the new constitution, the people of the states would subject themselves to a situation of double taxation.

“In the scheme of energetic government, that people will find two sets of tax gathers the state and the federal sheriff’s. This it seems to me will produce such dreadful oppression as the people cannot possibly bear. The Federal Sheriff may commit what oppression make what distresses he pleases. As and ruin you with impunity for how are you to tie his hands. by ratifying the constitution, the people of the states would in effect place themselves under mandatory Federal and State Taxation.”

Patrick Henry also rejected the Federalist argument that the federal government, comprised of the people’s representatives, would reflect foremost each State’s own interest:

“I shall be told in this place, that those who are to tax us are our representatives. To this I answer that there is no real check to prevent their ruining us. There is no actual responsibility.  The only semblance of a check is the negative power of not re-electing them. This sir, is but a feeble barrier, when their personal interest, their ambition and avarice, come to be put in contrast with the happiness of the people. All checks founded on anything but self-love will not avail.”

In Henry’s mind, federal dependence on the State’s power will not be a check against federal overreach because individual representatives will always act out of self-interest first and State interest second.