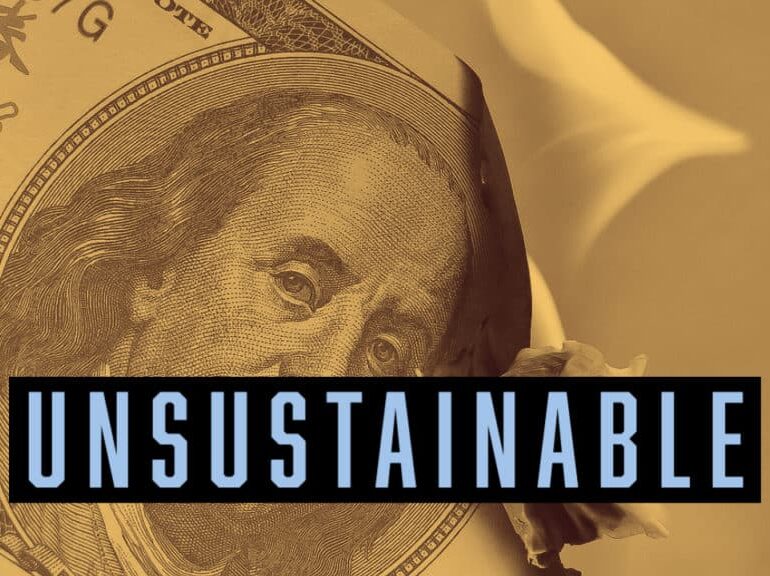 On Wednesday, the  U.S. House gave final approval to coronavirus stimulus bill 3.0. For those keeping score at home, that brings total stimulus spending approved during the pandemic to $5 trillion.

So, what exactly is all of this money going to be spent on? And who is going to pay for it?

The House passed the so-called American Rescue Plan by a 220-to-211 vote pretty much along party lines. In fact, not one Republican voted for the bill. They said it was too porky. Keep in mind, Mitch McConnell helped push stimulus 2.0 across the finish line with plenty of Republican support. Apparently, only Republican pork is acceptable to the GOP. But I digress.

I should pause to note that virtually none of this spending is authorized by the Constitution. I realize nobody cares about this anymore, but I still feel compelled to point it out. Whenever politicians start screaming about the “rule of law,” you can remind them of this.

The direct payments account for about $400 billion of the $1.9 trillion spending deal.

There is a child tax credit of $3,000 per kid between the ages of 6 and 17. The amount increases to $3,600 for children under 6. A tax credit is a fancy term for a check. It will be sent to families via direct deposit on a “periodic basis” over the next year.

The bill extends the $300 weekly unemployment benefit through Sept. 6. It also provides a $10,000 tax break on said benefits. (Yes, the IRS gets a cut of unemployment payments.) In other words, many people will continue to make more money sitting at home than they would if they went back to work. This is a fantastic way to boost employment – not.

Of course, there is more money for so-called pandemic relief. This is, after all, supposed to rescue America from the pandemic. There are billions of dollars slated for coronavirus testing and contact tracing, expanding the public health workforce, and for vaccine distribution.

State and local governments will get another nice payday from Uncle Sam — $350 billion is allotted for state, local and tribal governments, along with US territories. States and D.C. will get about $195 billion. Counties and cities will split $130 billion in aid.

School systems will also get some money. The bill sets aside nearly $130 billion to “help K-12 schools reopen.” That seems like a lot of money to spend to open the doors, but according to the Washington Post, the money will be spent on “improving ventilation systems, reducing class sizes, buying personal protective equipment and implementing social distancing.” About $40 billion is earmarked for colleges and universities.  There is also money in the bill for Head Start and other children’s programs, along with $1.25 billion for summer enrichment, $1.25 billion for after-school programs, and $3 billion for education technology.

Some folks will get housing assistance. The bill allots more than $20 billion for rental assistance and homeless relief. There is $10 billion in the plan for mortgage assistance.

The stimulus plan also includes money to prop up failing pension plans. I have no clue what this has to do with the pandemic. Public pensions have been spiraling down the tubes for years. But there ya go.

The FEMA Emergency Food and Shelter Program gets $510 million.

There is more money for various small business loan programs. The Paycheck Protection Program gets another $7 billion and non-profits will now be eligible. A cool $175 million is allocated for “outreach and promotion.” The bill will create a Community Navigator Program to help target eligible businesses.

There’s a new $25 billion grant program for bars and restaurants.

I’m sure there’s a lot more buried in the plan. After all, it’s nearly 600 pages long. But you get the idea.

Who’s Going to Pay for All of This?

OK. That’s not really true. But that’s how most people are treating it.

Ultimately, the U.S. government will borrow this $1.9 trillion, just like it borrowed the other $3.1 trillion spent to “stimulate” the economy.

One might consider this problematic. After all, borrowed money has to be paid back. But shhhh. We don’t talk about that.

On March 1, the national debt pushed above $28 trillion for the first time. We’re told now is not the time to worry about debt because we have an emergency. Of course, we didn’t worry about it when there wasn’t an emergency either. During the “greatest economy in the history of the world” prior to the pandemic, the Trump administration ran a $1 trillion budget deficit. So, I’m not quite clear as to when we actually start to worry about it.

But you should probably enjoy your $1,400 checks while you can because at some point Uncle Sam is going to come with his hand out and the chatter about raising taxes will commence.

Of course, there is no way to tax away this debt. So spend that $1,400 now because it’s not going to be worth a whole lot once the inflation tax hits.

Ultimately, the Federal Reserve will monetize a big chunk of this debt. There is not enough demand for all of the Treasury bonds the U.S. government is going to have to sell to finance this spending boondoggle.  So, the central bank will step in and prop up the bond market by purchasing U.S. Treasuries on the open market with money created out of thin air. This creates artificial demand for bonds and keeps interest rates low. Meanwhile, all of this new money gets injected into the economy, driving inflation higher. The Fed already expanded the money supply by record amounts in 2020.

As financial analyst Peter Schiff said in a podcast, the dollar’s loss is not America’s gain. You will pay for your $1,400 stimulus check, and your enhanced unemployment, and your tax credits. And you will pay dearly in a loss of purchasing power.

The U.S. government has already gone beyond the limits of “sustainable” deficits. The question is whether or not the Fed can keep doing this indefinitely. And the answer is no.