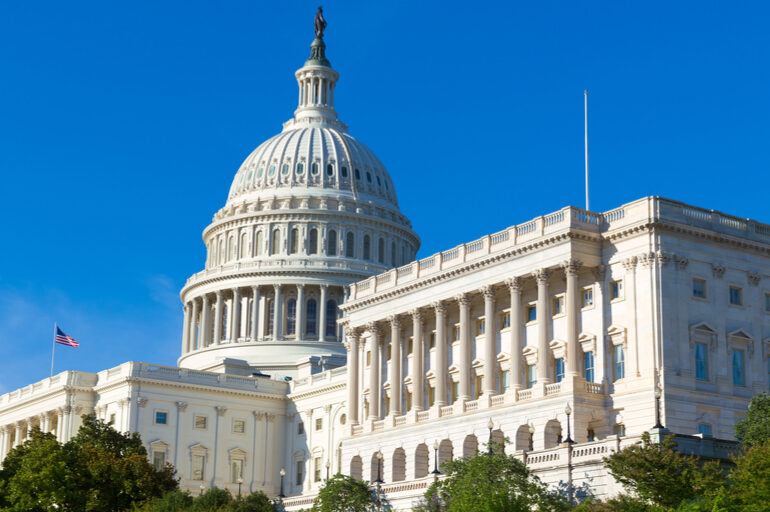 Near the end of Ayn Rand’s dystopian novel, Atlas Shrugged, the discredited regime representing the United States Government announces the “John Galt Plan for Peace, Prosperity, and Profit” in a last-ditch bid to quell growing unrest among the people. Unlike its previous plans, all of which had failed, the regime reassures the people that this one will work. Its apologists assert boldly that the John Galt Plan

will reconcile all conflicts. It will protect the property of the rich and give a greater share to the poor. It will cut down the burden of your taxes and provide you with more government benefits. It will lower prices and raise wages. It will give more freedom to the individual and strengthen the bonds of collective obligations. It will combine the efficiency of free enterprise with the generosity of a planned economy.

In pledging to do all of this, Rand’s fictional regime hopes to signal to an uneasy populace “the dawn of a new age” in which hard decisions are a thing of the past and tradeoffs are no longer necessary.

There are many similarities between Rand’s dystopia and recent political developments in the United States. But the most striking one at present is the extent to which lawmakers in Congress appear to be guided by something like the John Galt Plan whenever they craft fiscal policy. Democrats and Republicans alike work hard when they budget to avoid tradeoffs that may provoke controversy among the people and their interest group advocates. This desire to avoid conflict over fiscal policy leads lawmakers to spend more and tax less. They make up the difference between the two by borrowing. The federal government more than doubled its debt over the last eleven years under President Obama and Trump. Indeed, debt continues to pile up while control of Congress and the presidency regularly alternates between the two parties. Yet amidst this electoral flux, the fiscal status quo persists. Regardless of who wins, the national debt grows. America, it seems, has entered a new age of debt.

While partisans of all stripes have helped to usher in this new age by avoiding hard decisions about the budget, they regularly denounce the status quo and promise to change it. In Congress, lawmakers routinely introduce proposals that they claim will reverse the nation’s debt trajectory. Whatever their specific focus, however, the projects resemble the John Galt Plan in that they are too good to be true. They emphasize budget process reforms instead of direct policy changes that will have an immediate impact on debt levels. Lawmakers take this approach to solving the problem because they believe that delaying hard decisions about fiscal policy until the future is easier than making them in the present. Given a choice between acting now or later, lawmakers understandably prefer to act later, especially when they believe that their actions will be controversial. The problem is that the future is always in a state of becoming, whereas lawmakers inevitably make budgetary decisions in the present. Consequently, they instinctively avoid tradeoffs whenever they budget by postponing hard decisions.

Lawmakers prefer kicking the proverbial can down the road because they believe that conflict over fiscal policy makes it harder for them to win reelection and to legislate. But conflict is inherent in the act of budgeting. The need for a process in which to resolve that conflict is one reason why the people gave Congress more power to tax and spend in the first place. Avoiding it leads to record deficits and debt. Worse, it betrays an outlook among lawmakers that weakens the institution in which they serve and ultimately undermines representative democracy.

The Necessity of Conflict

Budgeting inevitably generates conflict between lawmakers because people have different priorities when it comes to how much government should tax, who it should tax, and where it should spend the revenue raised when it taxes. Budgeting, therefore, begins in a state of disagreement, or conflict, between people.

When it is actually followed, the budget process produces compromise by forcing lawmakers to resolve the conflict between groups and individuals who want different things from their government. The outcome of the process determines who gets what. In doing so, it strengthens the accountability link between voters and their elected officials. It helps citizens track how Congress spends their money and, by extension, gives them a way to evaluate the extent to which policy outcomes align with their preferences.

During the early years of the Republic, conflict over fiscal policy was a vital part of the effort to replace the Articles of Confederation with a stronger national government. The newly minted United States of America was plagued by burdensome debt and an inability to raise revenue reliably during the period immediately following independence. By the early 1780s, the persistent failure of the states to comply with Congress’s request for money convinced politicians like James Madison that the Confederation Congress needed the power to raise revenue directly. However, many Americans were wary about giving the unicameral chamber such power, fearing that it would be used in ways that could harm their interests. This made increasing Congress’s powers unlikely given the fact that all the states had to agree on the reform before it could take effect. Madison wrote James Monroe after Virginia and Rhode Island came out in opposition to his plan to reform the Articles of Confederation, observing “if Congress as they are now constituted, cannot be trusted with the power of digesting and enforcing this opinion, let them otherwise be constituted.” To that end, the new Constitution, with its intricate checks and balances, made it safe to give Congress more power. In doing so, it both energized the national government while simultaneously preventing it from becoming too energetic.

Lawmakers’ growing aversion to budgetary conflict has reduced their willingness to deliberate on fiscal policy. The result is that lawmakers no longer force one another to prioritize when they make decisions about spending levels and tax policy. The only apparent concern is whether the underlying legislation can pass, and not how the government might pay for the new policies. In most circumstances, this produces policy outcomes where they spend more, tax less, and borrow to make up the difference. This is evident in the sustained budget deficits that total more in absolute terms than any experienced in American history and that are only surpassed in terms of a percentage of Gross Domestic Product (GDP) by the deficits incurred during World War II. Yet unlike the temporary deficits produced by the nation’s emergency efforts to win the war against totalitarianism, the deficits of the late 20th and early 21st century persist year after year. This is because they reflect decisions made by lawmakers regarding the routine operations of government.

The period beginning in the early 1970s, when the modern budget process was first implemented, and ending in 1997, when Congress last balanced the budget, represents the longest period of consecutive deficits on record. Nevertheless, the period beginning in 2002, when deficits returned after four years of surpluses, appears set to surpass its predecessor. Moreover, deficits that far exceed those accumulated in the past are projected to continue well into the future. According to the Congressional Budget Office, the 2019 budget deficit totaled $984 billion.

The preference among lawmakers for deficit spending is illustrative of a bigger problem underlying Congress’s present dysfunction. Lawmakers’ reliance on deficit-financed shadow processes to make fiscal decisions makes it look like they cannot compromise. It frees Democrats and Republicans to present united rhetorical fronts in their unending battle for partisan control of Congress and ideological supremacy. In reality, however, the obstacle to compromise is their unwillingness to budget. This is because Democrats and Republicans are considerably more divided on fiscal issues than they would like the public to understand. For example, the current way of making fiscal decisions enables Democrats to rail against defense spending and tax cuts for the rich without taking any legislative action inside Congress to stop it. By avoiding controversial issues, Democrats obscure the extent of their divisions and help them to create what they believe to be a favorable contrast with Republicans.

This logic explains the persistence of deficit spending. Lawmakers are unwilling to budget because they fear the conflict budgeting produces. But conflict is an inescapable part of the process by which Democrats and Republicans come together to make collective fiscal decisions. The dynamics of the budget process produce a deal organically that lawmakers will support. The process works by bringing their priorities into conflict with one another over the course of a debate. The debates and confrontations that occur as the process unfolds reveal information about lawmakers’, and the voters’, true priorities. That information generates new possibilities by forcing lawmakers to make tradeoffs about the allocation of scare resources and reconciles everyone to a single outcome. It makes compromise possible where none was previously.

Lawmakers’ aversion to legislative conflict has gridlocked Congress and all but sidelined lawmakers in major policy debates. In place of the conflict the legislative process inevitably generates between lawmakers with different policy views, there appears to be bipartisan agreement that administrative agencies and courtrooms in the federal judiciary are more appropriate venues for making controversial decisions. Consequently, the locus of policymaking activities at the national level has shifted from the legislative to the executive and judicial branches.

This shift has serious implications for the health of the American republic beyond the policy problems posed by the national debt. When conflict and the underlying disagreement out of which it arises are no longer characteristic of government action, politics itself ceases and gives way to rulership. The political process is transformed into a struggle for dominance of the government. When that happens, the American people lose their ability to inform the decisions their governmental rulers make. This is because they cannot hold officials in the executive and judicial branches accountable as easily as they can their elected representatives in the legislative branch.

Conversely, officials in the executive and judicial branches are unable to legitimize the decisions they make. To do that, they need the active involvement of lawmakers in the legislative process. Without them, the link between citizens and their government is effectively severed.

Fortunately, significant reforms are not required to reverse America’s debt trajectory. Lawmakers have all the tools they need to enact responsible fiscal policy. The effort to do so, however, must begin by acknowledging that Congress plays a vital role in the budget process due to its ability to mediate the conflicting priorities of the people and their elected representatives. Embracing conflict will make it easier to identify compromise solutions. Doing so inside Congress will affirm the constitutional logic underpinning its creation and will make it easier for voters to hold lawmakers accountable when needed. And lawmakers will strengthen American representative democracy and help to reduce legislative dysfunction by merely trying to prevail in policy debates in the House and Senate.

Still, reversing America’s debt trajectory and rejuvenating Congress will require more than another John Galt Plan. It will require lawmakers to debate fiscal policy and to make hard decisions about tradeoffs in the present. As part of that effort, lawmakers would do well to remember Madison’s words as he tried to reduce the national debt in 1783. During a debate in Congress, he remarked that “it was needless to go into the proofs of the necessity of payg. the public debts; that the idea of erecting our national independence on the ruins of public faith and national honor must be horrid to every mind which retained either honesty or pride.”