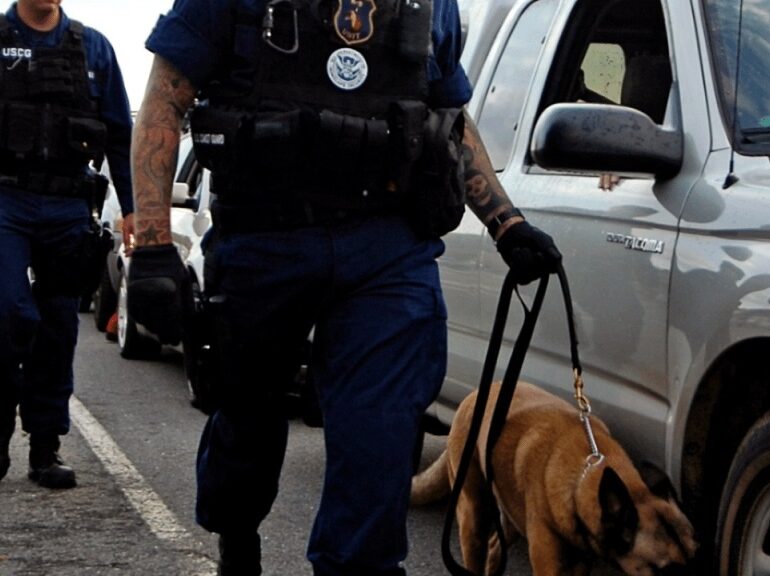 What is left of a once-free country is slowly being turned into a real-life version of East Germany complete with its own version of the Berlin Wall. The TSA had deployed at least 400 employees and air marshals to our southern border and employees of a major shipping company are volunteering to “work” along the U.S.-Mexico border.

As reported by CNN last spring, “TSA plans for the deployments to involve up to 175 law enforcement officials and as many as 400 people from Security Ops, according to two sources and the email.”

The article hinted that TSA’s security Ops employees are not your average TSA screeners.

“Some Visible Intermodal Prevention and Response, or VIPR, teams are also expected to be deployed, according to the source. These teams are uniformed patrols of busy transportation hubs such as airports and train stations.”

But is there more to the story than meets the eye?

The head of the TSA’s Security Operations is Darby LaJoy a former U.S. Army Airborne and light infantry soldier, who has helped transform the TSA into a reviled government organization.

Six years ago, The New York Times warned that VIPR teams were expanding far beyond airports.

“The problem with T.S.A. stopping and searching people in public places outside the airport is that there are no real legal standards, or probable cause,” said Khaliah Barnes, administrative law counsel at the Electronic Privacy Information Center in Washington. “It’s something that is easily abused because the reason that they are conducting the stops is shrouded in secrecy.”

Meanwhile, DHS employees have volunteered to work along our southern borders and have done so under a veil of secrecy. Not one news agency that reported on the nine-month-old practice has reported on what they are doing along the border and if any of them have abused people’s civil rights.

In 2018, a native American videographer trying to document how the Customs and Border Patrol (CBP) deals with immigrants in Arizona was rammed by a CBP vehicle.

The Federal News Network reported that both the CBP and ICE were using volunteers to “conduct immigration litigation and case support in exclusion, deportation and removal proceedings before the Justice Department’s Executive Office for Immigration Review.”

Other than that one article, it seems DHS volunteers operate under a veil of secrecy with no accountability and that should concern everyone.

As Time Magazine noted, Americans are not allowed to donate to or volunteer to work at immigration detention centers.

“Patty Rodriguez testified before Congress last week that during her visit she observed a colleague ask a CBP lawyer about the possibility of donating hygienic items like toothbrushes and age-appropriate toys like teddy bears. The answer was no.”

Americans are not allowed to give immigrants toothpaste or other hygienic items. Not even the East Germans were that bad.

Time Magazine reported that East Germans were given money to start a new life under a program the government called Begrüßungsgeld or “welcome money” once they got across the border.

For nearly fifty years the American government and its people actively fought to bring down the Berlin Wall and now here we are on the cusp of 2020 trying to duplicate that same mistake along our southern border.