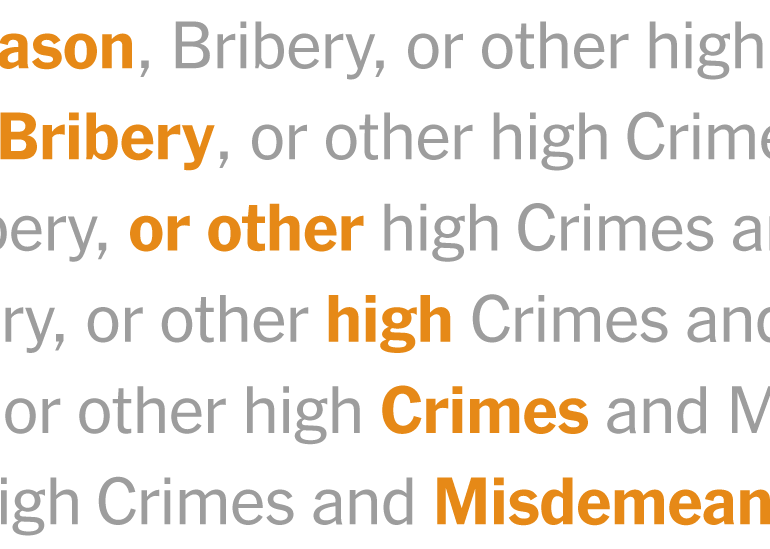 First, while the experience of early practice can be interesting, informative, and instructive – sometimes even insightful – such experience consists of after-the-fact, on-the-ground application of the document in concrete situations, not (so to speak) “above-ground,” context-free, more-likely-to-be-objective, contemporaneous-with-adoption abstract exposition of the document. As a matter of first principles, the objective meaning of the written Constitution is the standard for judging the actions of Congress in applying it, not the other way around. As Vasan Kesavan and I have put it in an academic article some years ago, “the Constitution is not best read by reference to subsequent practice.” Subsequent precedent or practice interpreting the Constitution is highly dubious evidence of the original, objective public meaning of the Constitution.

While I am thus generally quite skeptical about the reliability of impeachment practice – even early practice – as saying anything authoritative about the original meaning of the impeachment power, I hazard a hypothesis flowing from the asymmetry of impeachment and the two-thirds supermajority requirement: impeachment convictions generally should carry far more weight than acquittals as “precedents” or “constitutional interpretations” of any sort. Indeed, one might go further: decisions by the House to impeach generally might count for more, in terms of whether an offence falls within the range of impeachable misconduct, than judgments of acquittal on unspecified grounds by the Senate. Indeed, one could go further yet: as it concerns the meaning and scope of what constitutionally might constitute “high Crimes and Misdemeanors,” a Senate simple majority vote to convict – but that falls short of the two-thirds supermajority required – is a stronger reflection of congressional constitutional judgment as to the meaning of the impeachment standard than is the fact of an acquittal by virtue of narrowly failing to attain the two-thirds threshold.

I hope to take up, in a later post – out of interest and for the sake of illustration – several early historical instances of impeachment in practice, in the first several decades under the Constitution. Some of the results, I will argue, are right; and some of them are simply wrong. Some trials resulted in rightful convictions; some trials resulted in wrongful acquittals – including at least one that probably constitutes more of a precedent for a broad impeachment power than a narrower one; no actual impeachment trial, in my view, has produced a wrongful conviction. And some “non-impeachments” – failures to pursue impeachment (as in the case of Aaron Burr) – are hard to take seriously as meaningful precedents of any kind. They surely should not be taken as narrowly construing the scope of the impeachment power in any authoritative sense.