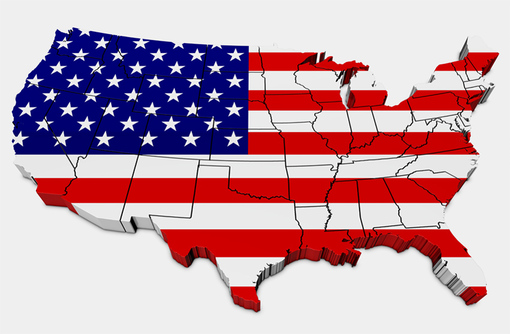 We Americans need to know our history. And we need to know it far better than we have in the past. We are not a people bound together primarily by blood and soil. Instead we are people with our origins in many bloods and many soils, linked by shared principles embodied in shared institutions, and embedded in a shared history, with its shared triumphs and shared sufferings. There is a growing danger that we have been failing to pass along that flame to our posterity, with untold consequences. We have neglected an essential element in the formation of good citizens when we fail to provide the young with an accurate, responsible, and inspiring account of their own country – an account that will inform and deepen their sense of identification with the land they inhabit and equip them for the privileges and responsibilities of citizenship.

“Citizenship” here encompasses something larger than the civics-class meaning. It means a vivid and enduring sense of one’s full membership in one of the greatest enterprises in human history: the astonishing, perilous, and immensely consequential story of one’s own country. That’s what the study of American history should provide.

We need this knowledge for the deepest of all reasons. For the human animal, meaning is not a luxury; it is a necessity. Without it, we perish. Historical consciousness is to civilized society what memory is to individual identity. Without memory, and without the stories by which our memories are carried forward, we cannot say who, or what, we are. A culture without memory will necessarily be barbarous and easily tyrannized, even if it is technologically advanced. The incessant waves of daily events will occupy all our attention and defeat all our efforts to connect past, present, and future, thereby diverting us from an understanding of the human things that unfold in time, including the paths of our own lives. The stakes were beautifully expressed in the words of the great Jewish writer Isaac Bashevis Singer: “When a day passes it is no longer there. What remains of it? Nothing more than a story. If stories weren’t told or books weren’t written, man would live like the beasts, only for the day. The whole world, all human life, is one long story.”

Singer was right. As individuals, as communities, as countries: we are nothing more than flotsam and jetsam without the stories in which we find our lives’ meaning. These are stories of which we are already a part, whether we know it or not. They are the basis of our common life, the webs of meaning in which our shared identities are suspended. Just as we need meaning, so we need a sense of belonging. Without them we cannot flourish. The pathologies that we see creeping steadily into our national life—rise in suicides, youth depression, alcoholism, drug abuse, and astonishingly an overall decline in life expectancy—how can these not be related to a catastrophic loss of meaning, a sense of disconnected from others, and from the great story to which, by all rights, every American belongs?

I wrote the book Land of Hope to try to begin to redress this problem, to be a fresh invitation to the American story. It does not pretend to be a complete and definitive telling of that story. Such an undertaking would be impossible in any event, because the story is ongoing and far from being concluded. But what it does try to do is present the skeleton of the story, its indispensable underlying structure, in a form particularly appropriate for the education of American citizens living under a republican form of government. There are other ways of telling the story, and my own choice of emphasis should not be taken to imply that the other aspects of our history are not worth studying. On the contrary, they contain immense riches that historians have only begun to explore. But one cannot do everything all at once. One must begin at the beginning, with the most fundamental structures, before one can proceed to other topics. The skeleton is not the whole of the body – but there cannot be a functional body without it.

Permit, in concluding to say a word about my choice of title, Land of Hope, which forms one of the guiding and recurrent themes of the book. As the book argues from the very outset, the western hemisphere was largely inhabited by people who had come from elsewhere, unwilling to settle for the conditions into which they were born and drawn by the prospect of a new beginning, the lure of freedom, and the space to pursue their ambitions in ways their respective Old Worlds did not permit. Hope has both theological and secular meanings, spiritual ones as well as material ones. Both these sets of meanings exist in abundance in America. In fact, nothing about America better defines its distinctive character than the ubiquity of hope, a sense that the way things are initially given to us cannot be the final word about them, that we can never settle for that. Even those who are exceptions to this rule, those who were brought to America in chains, have turned out to be some of its greatest poets of hope.

Of course, hope and opportunity are not synonymous with success. Being a land of hope will also sometimes mean being a land of dashed hopes, of disappointment. That is unavoidable. A nation that professes high ideals makes itself vulnerable to searing criticism when it falls short of them – sometimes far short indeed, as America often has. We should not be surprised by that, however; nor should we be surprised to discover that many of our heroes turn out to be deeply flawed human beings. All human beings are flawed, as are all human enterprises.

What we should remember, though, is that the history of the United States includes the activity of searching self-criticism as part of its foundational makeup. There is immense hope implicit in that process, if we go about it in the right way. That means approaching the work of criticism with constructive intentions and a certain generosity that flows from the mature awareness that none of us is perfect and that we should therefore judge others as we would ourselves wish to be judged, blending justice and mercy. One of the worst sins of the present – not just ours but any present – is its tendency to condescend toward the past, which is much easier to do when one doesn’t trouble to know the full context of that past or try to grasp the nature of its challenges as they presented themselves at the time. My small book is an effort to counteract that condescension and remind us of how remarkable were the achievements of those who came before us, how much we are indebted to them.

But there is another value to the study of American history. Many Americans, including perhaps a majority of young people, believe that the present is so different from the past that the past no longer has anything to teach us. This could not be more wrong. As I say in the book’s epigraph, borrowing from the words of John Dos Passos:

In times of change and danger when there is a quicksand of fear under men’s reasoning, a sense of continuity with generations gone before can stretch like a lifeline across the scary present and get us past that idiot delusion of the exceptional Now that blocks good thinking. That is why, in times like ours, when old institutions are caving in and being replaced by new institutions not necessarily in accord with most men’s preconceived hopes, political thought has to look backwards as well as forwards.

With the grounding provided by a sense of history, we need never feel imprisoned by the “idiot delusion of the exceptional Now,” or feel alone and adrift in a world without precedents, without ancestors, without guidelines. But we cannot have that grounding unless it is passed along to us by others. We must redouble our efforts to make that past our own, and then be about the business of passing it on.

This year’s Constituting America study is going to be particularly valuable in this regard, since it revolves around the study of particular moments in the American past when something highly consequential was decided. Dates, you say? What could be more boring? Ah, but we sometimes forget, to our detriment, that nothing in history is predetermined, and no outcome is pre-assured. History can turn on a dime, in a single moment, on a single date, and that’s why dates matter.

History is all about contingency, about the way that our positive outcomes depend not only on our big ideas but on our actions, our character, our courage, our determination—and on our good fortune, on forces beyond our control that somehow have seemed to work together for our good. Some people call this “good fortune” Providence. The American Founders certainly did. See if you don’t agree that they were on to something, when you hear the stories to come. They will make you think twice when you hear about “the blessings of Liberty” which our Constitution was designed to secure.

Wilfred M. McClay is the G. T. and Libby Blankenship Chair in the History of Liberty at the University of Oklahoma, and the Director of the Center for the History of Liberty. In the 2019-20 academic year he is serving as the Ronald Reagan Professor of Public Policy at Pepperdine University’s School of Public Policy. He served from 2002 to 2013 on the National Council on the Humanities, the advisory board for the National Endowment for the Humanities, and is currently serving on the U.S. Semiquincentennial Commission, which is planning for the 250th anniversary of the United States, to be observed in 2026. He has been the recipient of fellowships from the Woodrow Wilson International Center for Scholars, the National Endowment for the Humanities, and the National Academy of Education, among others. His book The Masterless: Self and Society in Modern America won the 1995 Merle Curti Award of the Organization of American Historians for the best book in American intellectual history. Among his other books are The Student’s Guide to U.S. History, Religion Returns to the Public Square: Faith and Policy in America, Figures in the Carpet: Finding the Human Person in the American Past, Why Place Matters: Geography, Identity, and Public Life in Modern America, and most recently Land of Hope: An Invitation to the Great American Story. He was educated at St. John’s College (Annapolis) and received his Ph.D. from Johns Hopkins University in 1987.