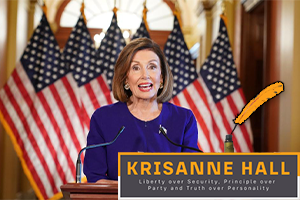 America’s media stream has been saturated by politicians, pundits, and law professors pontificating on what America’s founders’ believed about presidential impeachment.  The most oft used argument today is a misapplication and misleading representation of what founder Alexander Hamilton said in Federalist #65.  The claim is that Alexander Hamilton establishes in Federalist #65 that presidents should be “impeached for political reasons.  This is completely and obviously false to anyone who has read the essay and possesses a smidgen of reading comprehension skills.  I believe the people asserting this fake claim are confident that the American people won’t actually read this essay and call them out for their deceptions.  My goal is to show how simple and plainly written this text is and how blatantly deceptive these people are in their lie-driven agenda. (You can read Fed 65 here http://bit.ly/Fed65)

The overall assertion of these prevaricators is that Hamilton uses Federalist #65 to explain to the people what the Constitution says about the grounds for impeachment of presidents.  The very title of this document declares this to be false.  The document is titled, “The Powers of the Senate Continued.”  As the Federalist Papers are compiled by a series of topics, Federalist #65 falls in the set of essays explaining the powers delegated to the Senate.  What is interesting, in the very first paragraph Hamilton explains that this essay is NOT about the president, but the Senate, and a presidential series would be forthcoming.

“As in the business of appointments the executive will be the principal agent, the provisions relating to it will most properly be discussed in the examination of that department.”

The second paragraph of this essay is the fertile ground used to harvest the agenda-driven propaganda of this present hour.  It is in this paragraph that we glean our best understanding of what Hamilton believed to be the greatest complications to a valid impeachment.  What Hamilton does NOT do in this paragraph, or in any paragraph in this essay, is define the terms of impeachment nor the unlimited power of the House to impeach a president for whatever allegation the majority can motivate their moiling mob to support.  What is interesting is, that Hamilton actually defeats that claim in the very paragraph these fabulists violently plunder.

Hamilton begins paragraph two by explaining that history proves it will be very difficult to pull together a fit body for the trying of impeachment.  Once you read Hamilton’s argument, not only does his logic become very clear, but it also shows itself to be very familiar in the present day impeachment display.  The reason it will be difficult to pull together a fit body for impeachment, Hamilton explains, is because impeachment is a process that involves people who are solely contained in the realm of politics and politics are ruled by emotions and not reason.

“The subjects of its jurisdiction are those offenses which proceed from the misconduct of public men, or, in other words, from the abuse or violation of some public trust. They are of a nature which may with peculiar propriety be denominated POLITICAL, as they relate chiefly to injuries done immediately to the society itself.”

These tricksters claim that because Hamilton used the word “political” he must have meant that political reasoning was sufficient for impeachment; i.e. if the majority in the House doesn’t like a president’s policies, mannerisms, or politics then impeachment is the solution.  However, Hamilton’s use of the term “political” is descriptive of the universe in which impeachment exists, not of the terms upon which impeachment may take place.  Because impeachment is applied to elected people who are tried for crimes that violate a position given by the entire society as opposed to a single person and the accused is tried by politicians it is properly classified as political.  It seems that politicians, pundits, and professors may be better at cherry picking than George Washington.

If that was all Hamilton said on the topic, a matter of interpretation could be claimed.  However, what Hamilton says after this statement makes all the difference in the world.

“The prosecution of them, for this reason, will seldom fail to agitate the passions of the whole community, and to divide it into parties more or less friendly or inimical to the accused.”

Watch out, listen up, Hamilton is going to give us a bold warning of what will go wrong when impeachment is used for political punishments instead of strictly holding to the terms of impeachment outlined in Article 2 section 4.

“In many cases it will connect itself with the pre-existing factions, and will enlist all their animosities, partialities, influence, and interest on one side or on the other; and in such cases there will always be the greatest danger that the decision will be regulated more by the comparative strength of parties, than by the real demonstrations of innocence or guilt.”

Because politicians are always the products of elections where one person wins and one person loses, there will always be one group of people unhappy with the other.  Hamilton considered it to be dangerous for impeachment to become a tool used to punish people for political reasons.  So when members of Congress, political pundits, or partisan professors claim that the Constitution supports using the institution for impeachment as a political punishment, they are not only wrong but aiding and abetting the “greatest danger” to the political system; they create impeachments not concerned with due process, not concerned with crimes, their elements, reliable evidence, or truth and qualified witnesses.  Under the propagandists presumed terms, guilt or innocence is not the standard as established by the founders, but the standard becomes whether you like an elected official or not.

It is here that I am reminded of a story in history where a man named Haman built gallows to hang his political enemy Mordechai.  To eliminate Mordechai as his competitor for the King’s affections, Haman attempted to sow a series of lies against Mordechai.  The King, upon discovering the truth, ordered Haman to be hung on his own gallows.  Article 2 section 4 of the Constitution is not written solely for the impeachment of presidents.  The text reads, “president, vice president, and all civil officers.”  That term “civil officers” includes every single person employed in federal government whether elected or hired by an elected person.  These political fornicators ought to be careful the standards they create, for what is good for the goose is good for the Haman.

For more KrisAnne, go to www.krisannehall.com