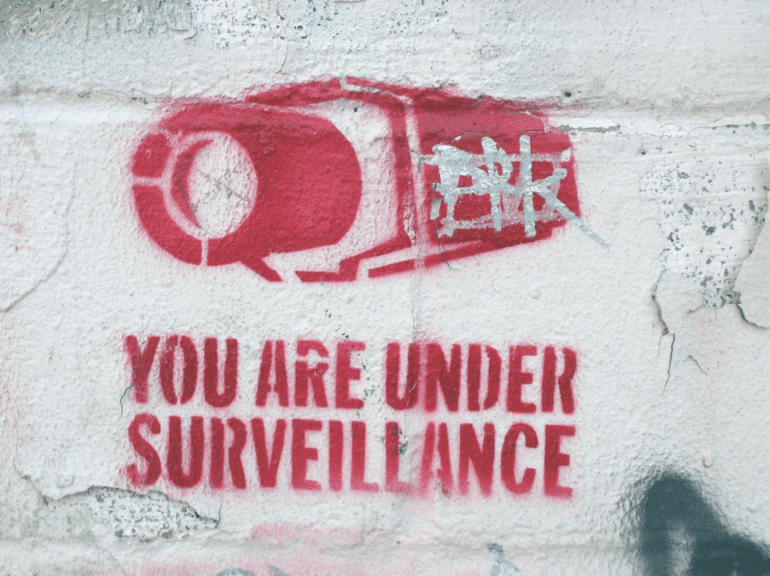 Big Brother has hacked the Constitution.

It has been over nine years since Edward Snowden released the first documents exposing the extent of NSA spying to the world. Since then, the surveillance state has only gotten bigger.

I finally got around to reading Snowden’s memoir, Permanent Record.  I bought the book not long after it was released, but life took over and the book sat on the shelf all but forgotten until we recently moved. As I was unpacking, I thought, “I really need to read this.”

The book was a poignant reminder of just how insidious and omnipotent the national surveillance state has become. And how a complete breakdown of the constitutional system supports it.

The Snowden revelations had a profound impact on the trajectory of my own work. In the ensuing years, surveillance became one of my primary policy areas. I was heavily involved in the Tenth Amendment Center’s efforts to turn off the water to the NSA facility in Bluffdale, Utah. I spearheaded the TAC’s OffNow project to address warrantless surveillance more broadly.  I contributed to the drafting of a local ordinance creating oversight and transparency for surveillance programs that passed in numerous cities. And I got involved in fighting a surveillance program in Lexington, Ky. That resulted in a multi-year lawsuit.

As you can imagine, in the course of this work, I’ve read a great deal about surveillance. I dug deep into Snowden’s documents and the reporting as he released them. I’ve poured over hundreds of documents describing the ever-growing surveillance state. I even took an online course on surveillance law. So, I have a keen understanding of just how deep and powerful the national spy complex runs. But Snowden’s simple description of one NSA program stunned me. It is the program that allows U.S. intelligence agencies to access information about you, me, and pretty much everybody.

“The program that enables this access was called XKEYSCORE which is perhaps best understood as a search engine that lets an analyst search through all the records of your life. Imagine a kind of Google that instead of showing pages from the public internet returns results from your private email, your private chats, your private files, everything.”

In documents released by Snowden, the NSA calls XKEYSCORE its “widest-ranging” tool used to search “nearly everything a user does on the internet.” In his memoir, Snowden called it “the closest thing to science fiction I’ve ever seen in science fact; an interface that allows you to type in pretty much anyone’s address, telephone number, or IP address, and then basically go through the recent history of their online activity.”

“In some cases, you could even play back recordings of their online sessions, so that the screen you’d be looking at was their screen, whatever was on their desktop. You could read their emails, their browser history, their social media postings, everything.”

Snowden goes on to describe how analysts with access to XKEYSCORE shared pictures of nudes they found on target computers.

I knew this was a thing. But Snowden put it in such stark, simple terms that I was floored by the scope of federal surveillance all over again.

Snowden’s revelations shined a light on the NSA’s unconstitutional overreach. It produced some outrage, but it’s almost certain that these surveillance programs continue today. And in all likelihood, surveillance has expanded with the advancement of technology over the ensuing years.

As Snowden put it, the government has “hacked the Constitution.”

He describes a wholesale breakdown of the constitutional system that shredded the Fourth Amendment.

“Had constitutional oversight mechanisms been functioning properly, this extremist interpretation of the Fourth Amendment  — effectively holding that the very act of using modern technologies is tantamount to a surrender of your privacy rights — would have been rejected by Congress and the courts.”

As Snowden points out, “Congress willingly abandoned its supervisory role” over the intelligence community. Meanwhile, the failure of the judicial branch was just as egregious. The FISA Court created to oversee foreign surveillance approved 99 percent of the surveillance requests brought before it, “a rate more suggestive of a ministerial rubber stamp than a deliberative judicial process.” But Snowden described the executive branch as the primary cause of the “constitutional breach.”

“The president’s office, through the Justice Department, had committed the original sin of secretly issuing directives that authorized mass surveillance in the wake of 9/11. Executive overreach has only continued in the decades since, with administrations of both parties seeking to act unilaterally and establish policy directives that circumvent law — policy directives that cannot be challenged, since their classification keeps them from being publicly known.”

In effect, all three branches of the federal government failed “deliberately and with coordination” creating what Snowden called a “culture of impunity.”

It was time to face the fact that the IC (intelligence community) believed themselves above the law, and given how broken the process was, they were right. The IC had come to understand the rules rules of our system better than the people who had created it, and they used the knowledge to their advantage.

As I read Snowden’s words some nine years later, I had to ask myself, “What has changed.”

The answer is — nothing.

The Constitution remains hacked. The federal government still won’t limit its own power. That means it’s up to us to rein in this surveillance menace. State HERE.