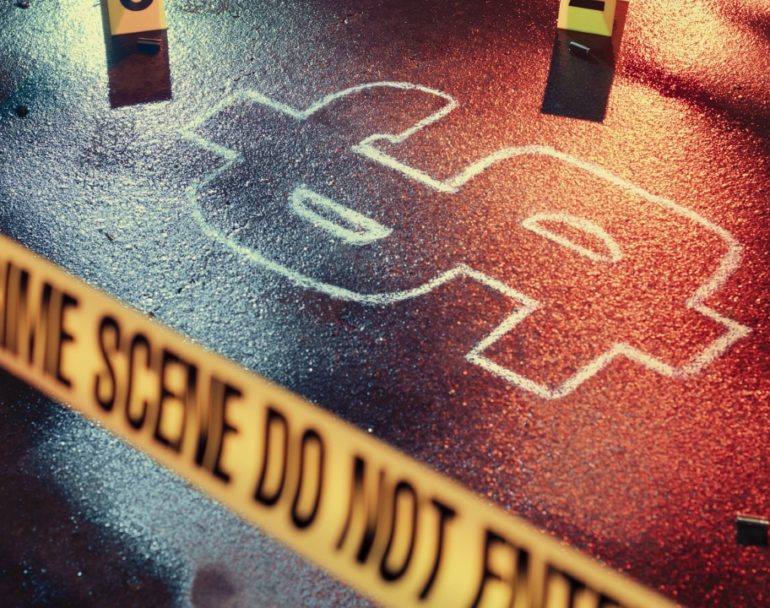 Civil asset forfeiture has become a widely-recognized term, largely because of the long train of abuses that has been brought to the public’s attention over the last several years. Though few actually know from whence this practice originated, many are aware that the uptick in its use coincided with the rise of the government’s War on Drugs. However, the use of civil asset forfeiture began long before the drug war. In fact, its use can be traced all the way back to medieval times and the American founding.

If It Pleases the Crown…

For anyone unfamiliar with the term, civil asset forfeiture is a practice that allows law enforcement to seize money and property from someone suspected of wrongdoing, but who has not yet been charged with a crime. Sadly, many are never charged with a crime and even still find it difficult, if not impossible, to get their seized property back.

At the heart of this practice rests the belief that a person’s property can be charged with a crime, even if the person themselves have not been formally charged or convicted. And the precedent for this was set in medieval England. During this time, if a person was killed by an object or weapon, that item was essentially charged with murder and forfeited to the British Crown. Initially, the item was sold and the money received was given to charitable organizations. Eventually, though, the monarchy began keeping the money for itself. And thus, the very dangerous precedent of civil asset forfeiture was set, and it would later greatly impact the American founding.

Civil asset forfeiture was one of many policies that so angered the American colonists that they eventually fought a war for their independence.

Long before the United States was anything more than a ragtag group of colonies, the British Crown was using this tool to take money and property from its American subjects in order to fund its operations. This was one of many policies that so angered the colonists, they eventually fought a war for their independence over their grievances.

The Navigation Act of 1600, part of the broader Navigation Acts, mandated that any ship bringing cargo into the “New World” had to first go through British checkpoints for inspection. Additionally, any cargo ship leaving the American colonies with goods was also required to be checked before continuing on to its destination. The purpose of these inspections, of course, was to ensure that the Crown got its cut of the loot.

If, for example, someone attempted to skirt the rules by shipping cargo to another country without first stopping through Britain, they were deemed “smugglers” and “pirates” trying to avoid taxation and left themselves open to having their cargo—and even the horse and buggy used to load the goods onto the docks—confiscated. As subjects of the crown, the British authorities had expected the colonists to help enforce the Navigation Acts from afar. However, the colonists were not so eager to enforce the abusive policies of a distant government.

It wasn’t long before the newly formed American government got greedy and realized that they, too, could use this practice to profit off of their own people.

Once those accused made their case in colonial courts, it became very difficult to find a jury willing to convict. But by charging the property, and not the “pirates” with a crime, the Brits had found a loophole.

Recognizing that enforcing these policies through port inspections was going to be more difficult than initially expected, Britain began incentivizing captains and crews of the Royal Navy, and other agents of the state, to do their dirty work for them. In exchange for their services, those willing to enforce the rules were allowed to keep the seized ships as prizes, which only made the practice more appealing and, thus, more widespread. Sound familiar?

Anyone well versed in American history knows that the Navigation Acts were one of the grievances that finally led the colonists to revolt against the Crown with the signing of the Declaration of Independence in 1776. And though this practice was once scorned and despised by the revolutionaries, it wasn’t long before the newly formed American government got greedy and realized that they, too, could use this practice to profit off of their own people.

America Takes a Page Out of the British Playbook

One would think that after fighting a war over such egregious acts, like the civil forfeiture practiced under the Navigation Acts, the new American government would not turn around and make the same mistakes as their former rulers. Unfortunately, that is exactly what happened.

During wartime, specifically, the War of 1812, the Civil War, and the Spanish American War, 80-90 percent of the revenue brought in by the US government was through customs duties on cargo ships. And, just like the “pirates” and “smugglers” of the revolutionary era, many of these vessels tried to skirt by and avoid paying these taxes. War obviously comes with a hefty price tag, which is what ultimately caused the US government to resort to using the same practice they had once fought a revolution to stop.

In order to ensure that these customs duties were being collected, the government dispatched privateers whose sole purpose was to find smugglers who had not paid their customs duties and confiscate their property as payment. In return, they were allowed to keep a portion of the property they seized.

Prohibition ushered in an era of glitz and glamour for the world of organized crime.

During the Spanish American War, the small US Navy seized over 250 foreign ships while the contracted privateers seized over 1,200. This continued, to some extent, until the last privateer was hired at the beginning of World War I. Afterwards, it seemed as though the practice was finally nearing its end. But a new wave of civil asset forfeiture was only just beginning, and it would be sparked by the institution of the Eighteenth Amendment.

Prohibition ushered in an era of glitz and glamour for the world of organized crime. And with all this money pouring in under the radar, the government was clearly losing control of the situation.

Just like the British Crown discovered centuries prior, when brought before a jury of their peers, many were unwilling to actually convict bootleggers of wrongdoing. Since many “upstanding” American citizens were also guilty of violating prohibition era restrictions, there was a great deal of empathy for the accused. And without a proper conviction, law enforcement agents had to get creative. Enter the rebirth of civil asset forfeiture.

In order to fight back against the well-funded bootleggers, and profit from their own poorly-crafted policies, law enforcement began seizing the mobsters’ big guns and fancy cars before they ever saw their day in court. It was believed that by having the same weapons and vehicles as the mobsters, the playing field was leveled, but ultimately, law enforcement was never able to stop, or even significantly curb, the bootleggers.

Even after the prohibition, it was more convenient for bootleggers to continue underground, rather than be subject to the government’s taxes.

Even after Prohibition ended, the use of asset forfeiture did not. Since the illegal liquor apparatuses were still intact, it was more convenient for bootleggers to continue their trade underground, rather than have a legitimate business and be subject to the government’s taxes. As a result, US law enforcement continued the practice of civil forfeiture in order to make up for revenue lost on these underground operations.

Years later, law enforcement continued to use this practice to strike a blow to the world of organized crime. Since these powerful mob bosses wielded a lot of power within their unofficial “jurisdictions,” they became increasingly hard to stop. Even if the government did manage to convict someone with a lesser crime, like tax evasion, it was only a matter of time before they were released and back to business as usual.

Feeling powerless, and probably a little bitter about their inability to stop the rise of organized crime, police officers once again ramped up the civil asset forfeiture machine.

The War on Drugs

As the drug war started gaining steam, the Comprehensive Drug Abuse Prevention and Control Act was passed in 1970 and began paving the way for the broader use of civil forfeiture. Under this bill, drugs and any related equipment could be seized by the government. In 1978, when Congress passed the Psychotropic Substances Act, this was expanded to include money and securities thought to be used in drug-related crimes.

The most egregious part was that it set up the “equitable sharing program,” further incentivizing widespread use of the practice.

The true groundwork for modern civil asset forfeiture was laid in 1984 when the Comprehensive Crime Control Act was passed and law enforcement received the authority to confiscate any property related to drug crimes. It also allowed law enforcement to keep what they seized, reminiscent of the British Crown’s policies during colonial times.

Perhaps the most egregious part of this bill was that it set up the “equitable sharing program,” which allowed state law enforcement to share up to 80 percent of the profits confiscated with the federal government, further incentivizing the widespread use of the practice. And the rest, unfortunately, is history, though a recent Supreme Court ruling has brought some hope that this practice may soon be coming to an end.

It is often said that if you want to find out what a person’s motives are, you should follow the money. This wisdom can be directly applied to this situation. Whether we are looking at the British Monarchy or the American government, civil asset forfeiture has been used to fund the state’s existence. But it appears that after several centuries of abuse, Americans have finally had enough of this practice.

In addition to the many reform victories that have occurred at the state level, the recent Supreme Court ruling in Timbs v. Indiana—a case that tested the constitutionality of civil asset forfeiture—dealt a huge blow to this legal tool so beloved and used by many in law enforcement. In the ruling, delivered by Ruth Bader Ginsburg, the highest court in the land unanimously agreed that the Eighth Amendment’s “excessive fines” clause applied to the states.

This on its own, of course, does not spell out the end for asset forfeiture, but it does signal a changing of the times. And with enough pressure at the state level, civil asset forfeiture may be entering its final days.