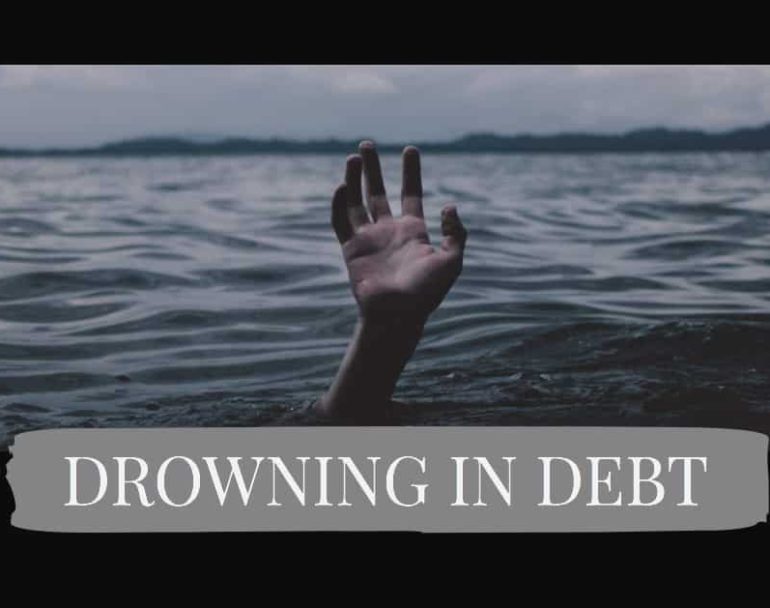 Even with the present robust Trump economy (the best in several decades) this cannot continue to escalate.  We are on a collision course with Armageddon which, at this late date, may not be avoidable.  Any hope depends on three things (1) our ability to make significant cuts in the top six expenditures noted above, (2) our not electing a big spending congress or president in the next decade, (3) our not entering into any new big funding events such as war, infrastructure overhaul, or open borders allowing new groups to “eat out our substance” without having already paid their way.

One mathematician gave us a more practical way to evaluate our outstanding debt. One trillion, one-dollar bills stacked atop each other (not end to end but flat) would reach nearly 68,000 miles into space—a third of the way to the moon (See CNN News Cast, Feb. 4, 2009). If so, the debt incurred under President Obama alone, $10 trillion, would have reached the moon and back and to the moon again. Moreover, if you like traveling atop this stack of ones, our total $22 trillion in debt would take you to the moon and back three times and to the moon a fourth time and a third of the way home again.

I ask students, “Who gets to go without so that this debt can be paid?” “Go without!!!?” That is a concept foreign to this generation!!  They do not know, and neither do their parents and grandparents who laid it on their backs. When they are told that their share of the debt is $67,034 and up to $179,908, depending on how many of their fellow non taxpayers they can get to pay their fair share (see USDebtClock.org), due immediately, they are angry.  Someone should have told them that government handouts are not free.

The 13th Amendment ending slavery has been rescinded, they are America’s new slaves.  Bondage was given them before their birth, or while still in the womb, or before they were old enough to know what it meant to be sold into slavery. The past generation wanted nice costly programs for free and were willing to sell their children in order to have them.

The latest new theory to avoid fiscal responsibility and continue unlimited spending, used by Bush in late 2009 and Obama thereafter, is referred to as Quantitative Easing. Crudely it means printing more money out of thin air to cover our debt, but it is far more sophisticated than that. For Bush the money supply was greatly expanded by having the Federal Reserve purchase $600 billion in mortgage-backed securities (Harding, Robin. 3 November 2010, Quantitative Easing Explained. Financial Times). Obama purchased $600 billion of Treasury securities over a six month period of time beginning in November 2010 in what has been called Quantitative Easing or QE2 to distinguish it from QE1, the Bush expansion of the money supply (Cesky, Annalyn,3 Nov.2010, “QE2: Fed Pulls the Trigger” CNNmoney.com. Retrieved 10 Aug. 2011).

The biggest problem with expanding the money supply is that it reduces the value of the money that you have in your pocket. Prices go up. My Camaro, purchased in 1968, cost $2,700, purchased today at least ten times as much.  In this instance money has lost 90% of its value since 1968.  Those on fixed incomes are robbed as surely as if a thief had lifted their wallet or purse. They cannot return to their employer for a raise to compensate for the loss caused by their own government.

Still, with all the sophisticated “doublespeak,” as for example quantitative easement, it means that we will print whatever money we need to purchase whatever we wish. Neither party is serious about stopping the debt and removing the bondage that we are imposing upon our children and grandchildren.

Democrats propose “free” college and a salary for everyone, whether they work or not, under their proposed Green New Deal.  Donald Trump’s proposed trillion-dollar infrastructure program, also does not suggest a change.  Who cares if our debt of dollar bills stacked upon one another can go to the moon and back almost four times so long as the government fills our stomachs and, in the case of Obama, purchases our cell phones?