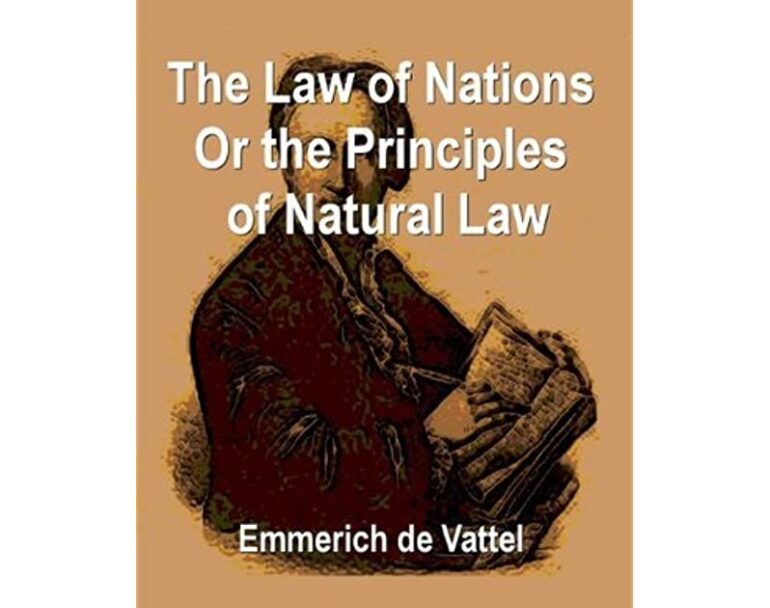 The Constitution doesn’t use the word “immigration.” Those consulting the constitutional debates of 1787–1790 (such as the essays in “The Federalist”) will find no discussion of the subject.

Consequently, some modern writers argue that, constitutionally, America should be an “open borders” country—that Congress has no power to limit immigration. Others say that there must be immigration-control authority somewhere in the Constitution. After all, the document alludes to a power in Congress, beginning in 1808, to prohibit the “Migration or Importation of … Persons” (Article I, Section 9, Clause 1). The word “Importation” refers to the slave trade, but “Migration” refers to the movement of free people.

This uncertainty has encouraged the usual claims that the Constitution is defective, and that the framers made another of their alleged mistakes.

In a recent Epoch Times essay, I described the “Great Forgetting,” during which 19th-century Americans lost the meaning of key terms in their own Constitution. One of the casualties of the Great Forgetting was the source of Congress’s immigration authority. The amnesia continues even today: I recently used the Westlaw database to collect articles on immigration composed by law professors. The overwhelming majority still had no clue as to the source of Congress’s immigration authority.

Even the Supreme Court has cast about for an answer. In 1875, the court concluded that Congress’s authority to restrict immigration stemmed from its power to “regulate Commerce with foreign Nations” (Article I, Section 8, Clause 3). The justices soon abandoned that idea—and with good reason: Non-commercial cross-border travel is not “Commerce” as the Constitution uses the word (pdf).

In 1889, the court suggested that the power to control immigration was “inherent” in the federal government’s sovereignty (pdf). Some modern writers agree. But that proposition directly violates the terms of the 10th Amendment, which prescribes that if a power isn’t listed in the Constitution (or incidental to a listed power), then the federal government doesn’t have it.

Still other writers speculate that Congress’s authority to regulate immigration comes from its power “To establish an uniform Rule of Naturalization” (Article I, Section 8, Clause 4). But that dog won’t hunt, either. Immigration control is a subject as important as, and separate from, naturalization: It isn’t merely incidental to naturalization (pdf).

Modern writers have offered other suggestions as well, but they are even more far-fetched.

The ‘Define and Punish’ Clause

As I mentioned briefly in an earlier Epoch Times essay, Congress’s authority to limit immigration is contained in its power to “define and punish Piracies and Felonies committed on the High Seas, and Offenses against the Law of Nations” (Article I, Section 8, Clause 10). This is called the Define and Punish Clause. The phrase “the law of nations” is the 18th-century term for international law.

When the Constitution was written (as today) there was no international agency available to punish certain conduct internationally recognized as criminal. Moreover, international law usually didn’t specify the elements of such a crime, how a defendant should be charged and tried, or what the punishment might be. Without such standards, it was impossible to apprehend and punish those who violated international law while still respecting the rules of due process. It was a common practice on capturing a pirate, for example, to string him up then and there.

The Define and Punish Clause addressed this situation by granting Congress authority to enact criminal statutes setting forth the details of piracy and other “Offences against the Law of Nations.”

The ‘Law of Nations’

In the 18th century, the term “nation” often referred to an ethnic group—such as “the Arabs” or “the Koreans”—rather than to a sovereign state. A sovereign state might be composed of one “nation” or of many. Or a “nation” might (as is true of the Arabs and Koreans today) sprawl across several sovereign states.

Two thousand years ago, the Romans developed a common law for non-Romans within their empire. They called it the ius gentium—“the law of ethnic groups” (or “peoples”). Later, the spelling was altered to jus gentium.

In accordance with the contemporaneous meaning of “nation” as an ethnic group, the phrase was translated into English as “the law of nations.” A more modern translation might be “the jurisprudence of all ethnic groups.”

Despite the ancient origins of the jus gentium, the modern law of nations didn’t take shape until the 17th century. The man generally recognized as its founder was the brilliant Dutch scholar and diplomat Huig de Groot. His masterpiece, published in 1625, was entitled “De Jure Belli ac Pacis” (“The Law of War and Peace”). It was, like all learned books of the time, composed in Latin, and the author’s name was Latinized to “Hugo Grotius.” It is by his Latin name that he is known today. (This is true of many historical figures: We also refer to Cristoforo Colombo by his Latin name: “Christopher Columbus.”)

As formulated by Grotius, the law of nations applied not just to “nations” in the sense of ethnic groups, but to sovereignties. It sometimes applied to individuals as well.

Following in the footsteps of Grotius were other outstanding international law scholars. The most important were Samuel von Pufendorf’, a German who published his leading work in 1672; Christian Wolff, another German, who published in 1749; and Emer de Vattel, a Swiss lawyer and diplomat, whose 1758 volume was composed in French. Additionally, a French scholar, Jean Barbeyrac (1674–1744), gained fame for his translations of, and commentaries on, the works of Grotius and Pufendorf.

America’s Founders were familiar with all of these scholars. American courts relied on the opinions of Grotius, Pufendorf, Barbeyac, Vattel, and, more rarely, Wolff. In 1783, a committee of the Confederation Congress recommended a list of important books for acquisition. They included the principal works of all these authors. The committee was a notable one. It consisted of three men destined to be among the Constitution’s framers: James Madison, Thomas Mifflin, and Hugh Williamson.

An author even more famous among Americans also devoted some attention to the law of nations. He was William Blackstone, whose “Commentaries on the Laws of England” was the most popular law book in the United States.

Immigration Control as Part of the Law of Nations

We can summarize the rest of the story quickly. Here it is:

Thus, Congress’s power to “define and punish Offenses against the Law of Nations” includes authority to adopt laws restricting immigration. As chief executive, it’s the president’s sworn duty “take Care that the Laws be faithfully executed”—and therefore to enforce those laws.

Once again, a claimed weakness in the Constitution turns out to be non-existent, and the framers are absolved of error. The prevailing uncertainty on this subject is our fault, not theirs.