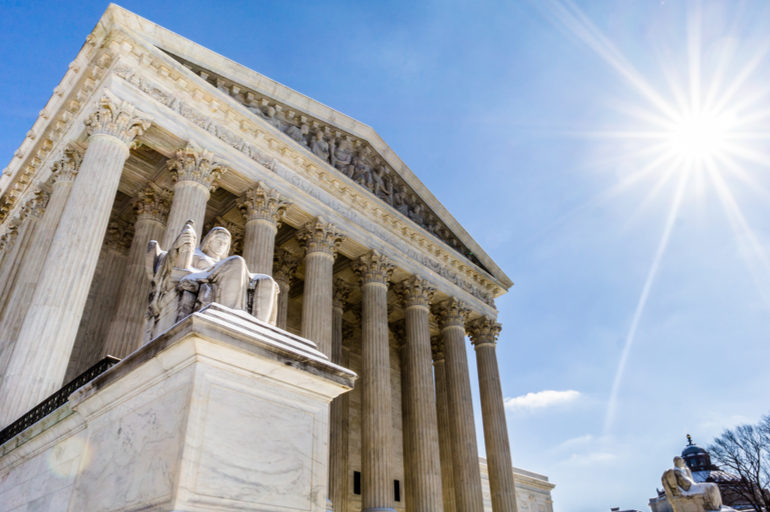 In his recent concurrence in Collins v. Virginia, Justice Clarence Thomas argues that the exclusionary rule for Fourth Amendment violations should not be applied against the states. He states that even the Supreme Court has acknowledged that the rule is not a constitutional rule. And he argues further that at the time of the Constitution, Fourth Amendment violations were remedied through an action against the officer (or self help). They were not remedied through the exclusion of the evidence.

Assuming Justice Thomas’s historical account (which is also my understanding) is correct, I agree with his conclusion that the exclusionary rule seems problematic. But matters here are more complicated. In the modern world, lawsuits against state officers are often blocked by obstacles – most significantly, that of qualified immunity. It is constitutionally problematic to prevent enforcement of the Fourth Amendment be eliminating all of the remedies. But that is what the Supreme Court has sometimes done and what Justice Thomas’s theory may contemplate.
In some earlier posts, I argued a similar position as to the due process and judicial power clauses. There are two basic points to these posts: (1) the Constitution often assumed and incorporated a historical background, such as the remedies allowed for a violation of a right and (2) the Constitution cannot be read to allow the government to circumvent a constitutional provision by eliminating all of the remedies.

So what does the Fourth Amendment require in this context? If the government – and in this case it is the judicial branch of the government through its invention of qualified immunity – does not allow or limits lawsuits for damages against government officials for Fourth Amendment violations, then it must supply a substitute remedy that is comparable. What would such a remedy be?
One obvious possibility would be a lawsuit against the state for damages due to Fourth Amendment violations. Whether this would be a comparable remedy is an interesting question. There are arguments on both sides. On the one hand, if the remedy is compensation, then receiving compensation from the government instead of the officer should be sufficient. On the other hand, perhaps compensation is only part of the remedy. After all, the requirement to pay damages also deters violations of the wrongful act. If deterrence is also relevant, it might be thought that having the government pay compensation instead of the officer might induce more violations of the law, since the officer would not face liability (and the government could more easily bear the costs).
So how should the Supreme Court address the issue today? If the exclusionary rule is not constitutionally required and the current regime with qualified immunity is unconstitutional, then the best result would simply be to eliminate qualified immunity and the exclusionary rule – and allow lawsuits against officers for compensation. If the states seek to confer immunity on the officers and pay the compensation themselves, then the result depends upon the analysis in the prior paragraph. Either government compensation would be constitutional or not. In the latter case, then the officer liability might be required. But if the government insisted on insulating officers from liability, perhaps the exclusionary rule might be an adequate remedy in some instances. So in this indirect way, it is conceivable that the exclusionary rule might be justified. But the argument requires several steps and is by no means obvious.

The most clearly constitutional result would involve restoring the lawsuit against the state officials who violate the Fourth Amendment. But lawsuits against the state itself or the exclusionary rule might be alternative remedies.