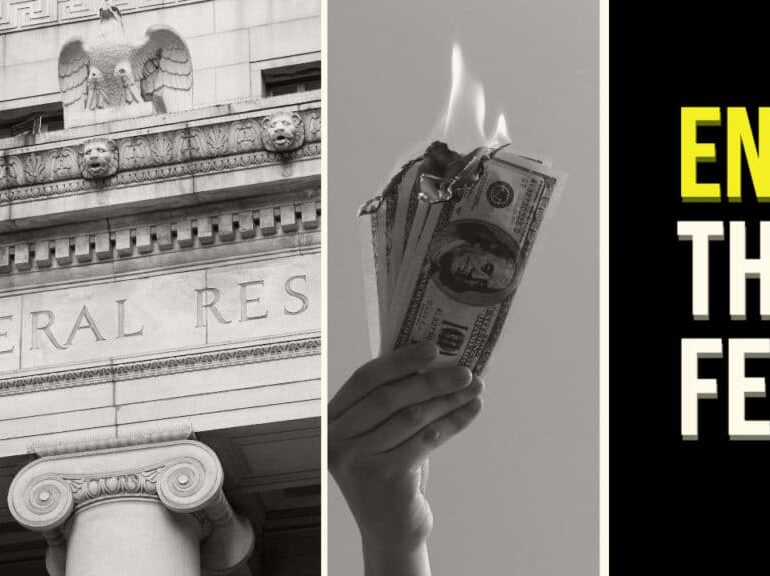 According to commentators in the mainstream press and various federal officials, inflation is like the coronavirus. It spreads around the world, hitting different countries in different ways. Sometimes a country will experience only mild symptoms and sometimes more severe symptoms, like what happens with Covid. Now that the inflation virus has hit America, the mainstream media, along with public officials, are coming up with all sorts of remedies to address the problem.

This is all sheer nonsense, of course. There is one — and only one — entity that is responsible for inflating the money supply. That entity is the Federal Reserve.

Let’s put things in a larger context. When America’s economic and political system was converted to a welfare state and, later, a national-security state, proponents of this new welfare-warfare state system knew that federal spending would begin to skyrocket.

Ordinarily, that means higher taxes. That’s the only way that the government can spend money. In order to get the money to spend, it must first take it from people in the form of taxes.

But public officials know that people get upset over having more and more of their income and savings taken from them in the form of taxes. So, public officials resort to borrowing, gradually going deeper and deeper into debt.

But that debt ultimately has to be paid off. Enter the Federal Reserve. That’s why it was created in 1913. Its creation set the stage for paying off federal debt with newly printed money. That’s what the purpose of the Fed has been since its very beginning.

Imagine that you’ve personally spent so much money that you owe credit-card companies $250,000. Imagine that you’ve got a printing press in your house that enables you to print $100 bills. You just print up the $250,000 and use this newly printed money to pay off your debt. You then keep printing more money to enable you to keep spending to your heart’s content. Wouldn’t that be nice?

One problem, of course, is that you are cheapening the value of everyone else’s money. Another problem is that what you’re doing is illegal. The crime is called counterfeiting.

That’s essentially what the Fed has been doing for more than 100 years. It has just printed up the money to enable public officials to cover welfare-warfare state spending and debt. That inflation of the money supply, decade after decade, has cheapened the value of everyone’s money.

There is only one way that cheapened money can reflect itself — through higher prices of the things that money buys. In other words, by inflating the money supply, the Federal Reserve debases the value of everyone’s money. That debasement is reflected in higher prices.

Reflecting the indoctrination that people receive in public education, both in high school and college, many commentators in the mainstream press and many federal officials just don’t get this. They focus on the rising prices and call such rising prices “inflation.” They have no idea whatsoever that the rising prices are a consequences of the Federal Reserve’s decision to inflate the money supply as a way to accommodate the burgeoning spending and debt for the welfare-warfare state way of life.

That’s why the mainstream press and public officials come up with ridiculous suggestions like price controls and “Whip Inflation Now!” buttons for people to wear. They simply cannot bring themselves to see that the inflation problem is the Federal Reserve itself and, to a larger extent, the abject failure of the welfare-warfare state way of life that modern-day Americans have adopted and embraced.

Remaining on the current trajectory will not end well for the American people. The only real solution to this monetary mayhem is twofold: (1) The dismantling of America’s welfare-warfare state way of life and the restoration of a free-market economy and limited-government republic, and (2) the dismantling of the Federal Reserve and the restoration of sound money in America.