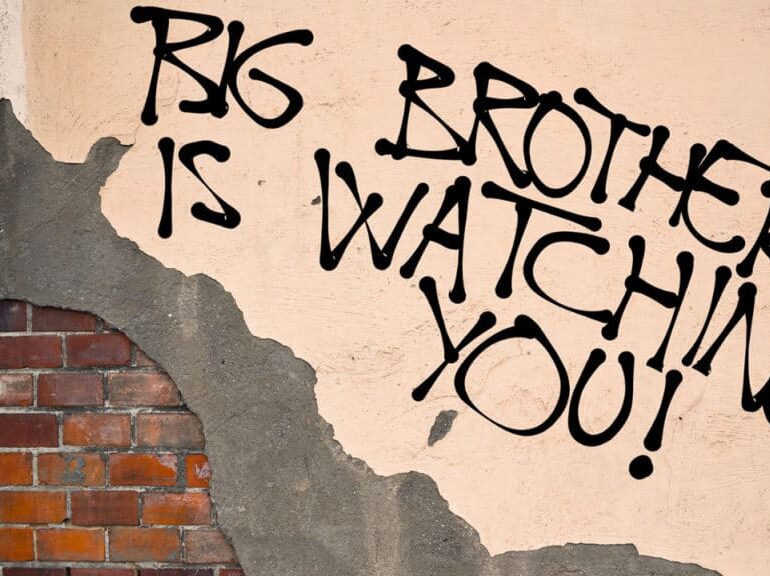 Among the lesser-known holes in the Constitution cut by the Patriot Act of 2001 was the destruction of the “wall” between federal law enforcement and federal spies. The wall was erected in the Foreign Intelligence Surveillance Act of 1978, which statutorily limited all federal domestic spying to that which was authorized by the Foreign Intelligence Surveillance Court.

The wall was intended to prevent law enforcement from accessing and using data gathered by America’s domestic spying agencies.

Those of us who monitor the government’s destruction of personal liberties have been warning for a generation that government spying is rampant in the U.S., and the feds regularly engage in it as part of law enforcement’s well-known antipathy to the Fourth Amendment. Last week, the FBI admitted as much.

After President Richard Nixon resigned the presidency, Congress investigated his abuse of the FBI and CIA as domestic spying agencies. Some of the spying was on political dissenters and some on political opponents. None of it was lawful.

What is lawful spying? The modern Supreme Court has made it clear that domestic spying is a “search” and the acquisition of data from a search is a “seizure” within the meaning of the Fourth Amendment. That amendment requires a warrant issued by a judge based on probable cause of crime presented under oath to the judge for a search or seizure to be lawful. The amendment also requires that all search warrants specifically describe the place to be searched and the person or thing to be seized.

The language in the Fourth Amendment is the most precise in the Constitution because of the colonial disgust with British general warrants. A general warrant was issued to British agents by a secret court in London. General warrants did not require probable cause, only “governmental needs.” That, of course, was no standard whatsoever, as whatever the government wants it will claim that it needs.

General warrants, as well, did not specify what was to be searched or seized. Rather, they authorized government agents to search wherever they wished and to seize whatever they found; stated differently, to engage in fishing expeditions.

How can Congress, which is itself a creature of the Constitution, change standards established by the Constitution? Answer: It cannot legally or constitutionally do so. But it did so nevertheless.

Yet, the FISA compromise that was engineered in order to attract congressional votes was the wall. The wall consisted of regulatory language reflecting that whatever data was acquired from surveillance conducted pursuant to a FISA warrant could not be shared with law enforcement.

So, if a janitor in the Russian embassy was really a KGB agent who was distributing illegal drugs as lures to get Americans to spy for him, and all this was learned via a FISA warrant that authorized listening to phone calls from the embassy, the telephonic evidence of his drug dealing could not be given to the FBI.

The purpose of the wall was not to protect foreign agents from domestic criminal prosecutions; it was to prevent American law enforcement from violating personal privacy by spying on Americans without search warrants.

Fast forward to the weeks after 9/11 when, with no serious debate, Congress enacted the Patriot Act. In addition to permitting one federal agent to authorize another to search private records — contrary to the Fourth Amendment — it also removed the wall between law enforcement and spying.

Of course, the language in the statute sounds benign and requires that the purpose of the spying must be national security and the discovered criminal evidence — if any — must be accidental or inadvertent. Last week, the FBI admitted that it intentionally uses the CIA and the NSA to spy on Americans about whom the FBI is interested, but as to whom it has neither probable cause of crime nor even articulable suspicion of criminal behavior.

Articulable suspicion — the rational ability to point a finger at a criminal actor, and a lower standard than probable cause — is the linchpin for the commencement of all criminal investigations. Without it, we are back to fishing expeditions.

The FBI admission that it uses the CIA and the NSA to spy for it came in the form of a 906-page FBI rulebook written during the Trump administration, disseminated to federal agents in 2021 and made known to Congress last week.

Needless to say, the CIA and the NSA cannot be pleased. The CIA charter prohibits its employees from engaging in domestic surveillance and law enforcement. Yet, we know the CIA is present physically or virtually in all of the 50 U.S. statehouses.

The NSA is required to go to the FISA Court when it wants to spy. We know that this, too, is a charade, as the NSA regularly captures every keystroke triggered on every mobile device and desktop computer in the U.S., 24/7, without warrants.

What is startling is that the FBI actually reduced to writing its contempt for the Constitution that its employees have sworn to uphold; and Congress and President Joe Biden have done nothing about this.

The FBI works for the Department of Justice. The CIA and the NSA work directly for the president. With a pen and paper, he can stop all domestic spying without search warrants. He can re-erect the wall between spying and law enforcement. He can forbid all in the executive branch from engaging with the secret FISA Court.

Biden can do all these things if he didn’t fear the revelation of the dirt his own spies have on him.