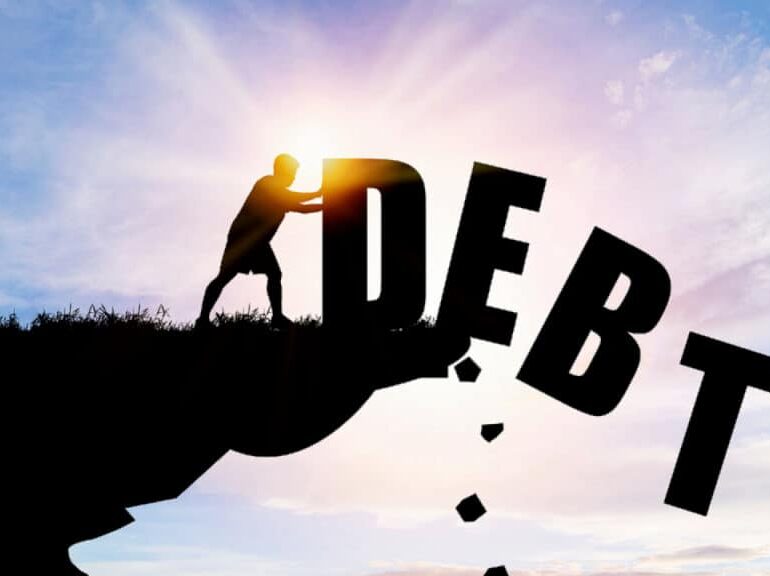 The biggest government in history is effectively running on credit cards.

The Biden Administration ran a record September deficit of $429.7 billion, pushing the annual deficit over $1 trillion to end fiscal year 2022, according to the latest Treasury Statement. The massive September deficit was primarily a function of the first payments for the student loan forgiveness scheme. It was the largest monthly deficit since March 2021 when the last Congres passed the last COVID stimulus bill.

Partisan hacks will blame only the Democrats for the massive deficits, but excessive spending is a bipartisan activity.

To put the $1.38 trillion deficit in perspective, prior to the pandemic, the U.S. government had only run deficits over $1 trillion four times — all in the aftermath of the 2008 financial crisis. Trump almost hit the $1 trillion mark in 2019 and was on pace to run a trillion-dollar deficit prior to the pandemic. The economic catastrophe caused by the government’s response to COVID-19 gave policymakers an excuse to spend with no questions asked.

The 2022 deficit was down from $2.78 trillion in FY21, but only because COVID spending and stimulus programs rolled off the books this year. Now it appears the government is settling back into the status quo established during the Trump years – running  2008 financial crisis-like deficits every single year.

It wasn’t that the U.S. Treasury lacked funds. The feds’ tax take was at near record levels.

The Treasury took in $4.9 trillion over the last year. According to a Tax Foundation analysis of Congressional Budget Office data, federal tax collections were up 21 percent in the 2022 fiscal year that ended on Sept. 30. Individual income tax collections grew the most, up 29 percent from $2.0 trillion last year to $2.6 trillion this year.

The U.S. government isn’t just making a windfall in absolute terms. Tax collection is at a multi-decade high of 19.6 percent as a share of GDP. That is up from 17.9 percent in fiscal 2021 and is approaching the last peak of 20 percent set during the dot-com bubble in FY2000.

Bad news for Uncle Sam — this tax windfall isn’t likely to last. The CBO expects this revenue surge to wane.

Individual income tax receipts are projected to decline as a share of GDP over the next few years because of the expected dissipation of some of the factors that caused their recent surge. For example, realizations of capital gains (profits from selling assets that have appreciated) are projected to decline from the high levels of the past two years to a more typical level relative to GDP. Subsequently, from 2025 to 2027, individual income tax receipts are projected to rise sharply because of changes to tax rules set to occur at the end of calendar year 2025. After 2027, those receipts remain at or slightly below the 2027 level relative to GDP.”

As the economy spins deeper into a recession as the Fed tightens monetary policy to fight raging inflation, you can expect revenue to tank further, meaning even bigger budget shortfalls.

This raises a question: if the government is taking in near-record levels of taxes, how is it running massive deficits month after month?

The answer is simple: the largest government in history has a big spending problem.

History shows that over a long period of time government will spend whatever the tax system raises plus as much more as it can get away with. That’s why we’ve had universal deficits.”

And there is more spending coming down the pike.

The U.S. government is still handing out COVID stimulus and the Biden administration wants more.  Congress recently pushed through another massive spending bill. Meanwhile, the U.S. continues to shower money on Ukraine and other countries around the world. And we’re just starting to see the impact of student loan forgiveness.

On top of increased spending, rising interest rates will balloon the deficits even more.

The U.S. government is on an unsustainable trajectory. The federal government can only borrow and spend for so long before the house of cards collapses.

We’re already feeling the impact of the government’s unrestrained spending in the form of historically high inflation.

Government is never free. All spending has to be paid for either by direct taxation or borrowing. Borrowing simply pushes taxation down the road. But borrowing is more politically palatable than raising taxes. The problem facing the U.S. Treasury is that it is borrowing beyond the market’s ability to support it.

The Fed makes all of this borrowing and spending possible by backstopping the bond market and monetizing the debt. It is the engine that powers the biggest, most powerful government in the history of the world.

In a process known as “debt monetization,” the Fed buys U.S. Treasuries with money created out of thin air. This creates artificial demand in the bond market, propping Treasury prices up and holding interest rates down. It also injects billions into the economy. This is the definition of inflation. And rising consumer prices are a consequence of inflation.

Now the Federal Reserve is trying to fight inflation by tightening monetary policy and shrinking its balance sheet. That means the central bank is no longer buying Treasuries and propping up the bond market and interest rates are spiking. This is a big problem for the government’s “borrow and spend” financing scheme. When you have over $31 trillion in debt, you can’t afford higher interest rates.

In fiscal 2022, the U.S. Treasury forked out $475 billion just to fund the government’s interest payments. That was up about 30 percent from last year. Interest expense ranks as the sixth largest budget expense category, about $250 billion below Medicare.

According to the CBO, interest expense is about to balloon even more. It projects interest payments will triple to $1.2 trillion in 2032. And it’s worse than that. The CBO made this estimate in May. Interest rates are already higher than those used in its analysis.

More significantly, the U.S. government can’t keep borrowing and spending without the Fed monetizing the debt. It needs the central bank to buy Treasuries to prop up demand. Without the Fed’s intervention in the bond market, prices will tank, driving interest rates on U.S. debt even higher.

A paper published by the Kansas City Federal Reserve Bank acknowledged that the central bank can’t slay inflation unless the U.S. government gets its spending under control. In a nutshell, the authors argue that the Fed can’t control inflation alone. U.S. government fiscal policy contributes to inflationary pressure and makes it impossible for the Fed to do its job.

Trend inflation is fully controlled by the monetary authority only when public debt can be successfully stabilized by credible future fiscal plans. When the fiscal authority is not perceived as fully responsible for covering the existing fiscal imbalances, the private sector expects that inflation will rise to ensure sustainability of national debt. As a result, a large fiscal imbalance combined with a weakening fiscal credibility may lead trend inflation to drift away from the long-run target chosen by the monetary authority.”

This clearly isn’t in the cards.

Something has to give. The Fed can’t simultaneously fight inflation and prop up Uncle Sam’s spending spree. Either the government will have to cut spending or the Fed will have to keep creating money out of thin air in order to monetize the debt. You can decide for yourself which scenario you find more likely.

People often shrug at massive budget deficits and the skyrocketing national debt. They claim that since it hasn’t caused a problem yet, it won’t cause a problem in the future. But you can only kick the can down the road for so long, Eventually, you run out of road.

The U.S. government can’t borrow and spend forever. The scheme will come to an inauspicious end. It’s just a matter of time.