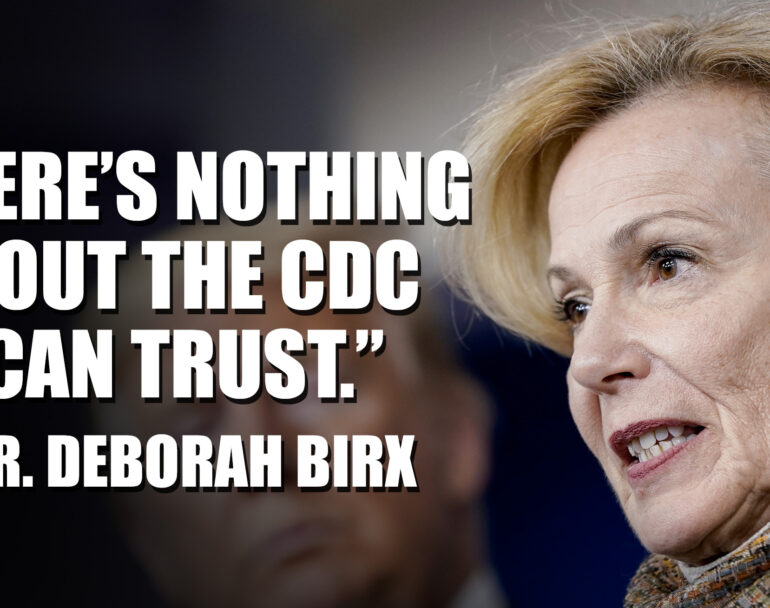 There could be a big difference between deaths from coronavirus and deaths with it.

“Statistics are no substitute for judgment.” —Henry Clay

One suspects Clay, a 19th century statesman who represented Kentucky in both the Senate and House, might be rolling in his grave. Because if there’s one thing that stands out above all else, it’s the reality that we are enduring the most statistic-driven crisis in the history of mankind. And if there is one statistic above all the others that has precipitated the lockdowns, the self-inflicted economic armageddon, and the most effective media-driven fear campaign ever devised, the total number of deaths goes right to the top of the list. Yet what if the death totals are not only inaccurate but decidedly so?

“There’s nothing about the CDC I can trust,” stated Dr. Deborah Birx. According to The Washington Post, that quote was in reference Birx’s frustration with the Centers for Disease Control and Prevention’s “antiquated system for tracking virus data,” which she believed “was inflating some statistics — such as mortality rate and case count — by as much as 25 percent.”

Birx’s skepticism may have also been driven by the CDC’s introduction of a new COVID-19 death coding directive published on March 24. It could be charitably described as ambiguous at best, with regard to someone dying of coronavirus, as opposed to dying with coronavirus. The directive stated, “COVID-19 should be reported on the death certificate for all decedents where the disease caused or is assumed to have caused or contributed to death” [bold in the original].

Birx wasn’t alone. Dr. Annie Bukacek, MD, who has filled out death certificates for 30 years, was equally skeptical. “More often than we want to admit, we don’t know with certainty the cause of death when we fill out death certificates,” she stated, adding that Americans should be concerned “when governments are making massive changes that affect our constitutional rights and those changes are based on inaccurate statistics.”

Adding to the confusion, Fox News reveals there is no uniform way in which states collate their data. “Some states count presumed coronavirus deaths along with confirmed cases under Centers for Disease Control and Prevention guidance issued last month,” it reports. “Other states don’t count those deaths.”

Equally problematic? “There have been many outlandish examples of people dying of things bearing not the slightest connection to COVID-19, but, having tested positive for the coronavirus, they were added to the official COVID-19 death tally anyway,” columnists John Fund and Phil Kerpen explain.

Indeed. In Pennsylvania, a 61-year-old Warren County man died from a head injury sustained in his home. Yet because he tested positive for the virus, he was added to the death total. A California man who died of a drug overdose while infected was also counted. And in Michigan, a man who committed suicide was added to the tally.

The other side of the coin? Those who insist coronavirus deaths are undercounted — even as they contradict themselves. “The official figures include only those deaths attributed to coronavirus, but experts are increasingly looking at data comparing this year’s death rates with previous years — regardless of the official cause,” the AFP news hub reports. “This ‘excess deaths’ metric raises the spectre of a much higher toll, as it includes fatalities indirectly related to the virus — for example, people suffering from other illnesses who could not access treatment because of the strain the pandemic has placed on hospitals.”

Fatalities “indirectly related to the virus” should be added to the COVID-19 death totals? That’s as disingenuous as it gets. Moreover, in the United States, with the possible exception of New York City at the height of its local crisis, the assertion that hospital systems were strained is belied by the stark reality that many hospitals were not only empty but forced to lay off workers. Some face bankruptcy.

Yet there certainly are excess (read: wholly unnecessary) deaths that can be attributed to coronavirus. But they are largely the result of unconscionable political decisions whereby states such as California, Michigan, New Jersey, and New York introduced still-contagious patients back into long-term care facilities with highly vulnerable elderly residents.

So how do we get more accurate statistics? In Colorado, Democrat Governor Jared Polis proposed a two-track system, and the state website published the following guidelines:

On May 15, the Colorado Department of Public Health and Environment changed the way it is reporting COVID-19 deaths. Where the CDPHE previously reported all deaths related to COVID-19 as one category, it is now using two categories: “deaths among cases,” which is those who died while infected with COVID-19, and “deaths due to COVID-19.”

We will report both numbers here, but will continue to use the same framework we’ve been using for the graphics, “deaths among cases,” since it is the only one the CDPHE breaks down by date. We continue to use the “date of onset” data rather than the “reported date” data.

The difference in the number of deaths? At the time of the announcement 1,150 deaths per the aforementioned CDC definition, versus 878 directly attributed to COVID-19 — as in a differential of more than 23%, and thus closely aligned with Dr. Birx’s suspicions.

Will other states and/or the CDC follow Polis’s lead? One suspects not. The CDC has long been one of many reliably ineffective bureaucracies in our reliably bloated welfare state. Its initial issuance of a faulty virus test wasted critical time, and even now, its data regarding the number of virus tests conducted are at odds with state totals. Expecting the CDC to produce two sets of accurate numbers is likely a bridge too far.

The states? America is afflicted with far too many political hacks for whom two sets of accurate numbers are at fundamental odds with their reliance on a maximum level of perceived calamity to maintain their hold on an increasingly recalcitrant public. Well-paid, well-fed governors and mayors with capricious definitions of “essential” jobs. Self-aggrandizing mandarins for whom moving the goalposts from “bending the curve” to “finding a cure” requires omnipresent fear-mongering sold as “following the science.” People with ambitions aptly described by C.S. Lewis:

Of all tyrannies, a tyranny sincerely exercised for the good of its victims may be the most oppressive. It would be better to live under robber barons than under omnipotent moral busybodies. The robber baron’s cruelty may sometimes sleep, his cupidity may at some point be satiated; but those who torment us for our own good will torment us without end for they do so with the approval of their own conscience.

With statistics, no matter how inaccurate, backing them every step of the way. 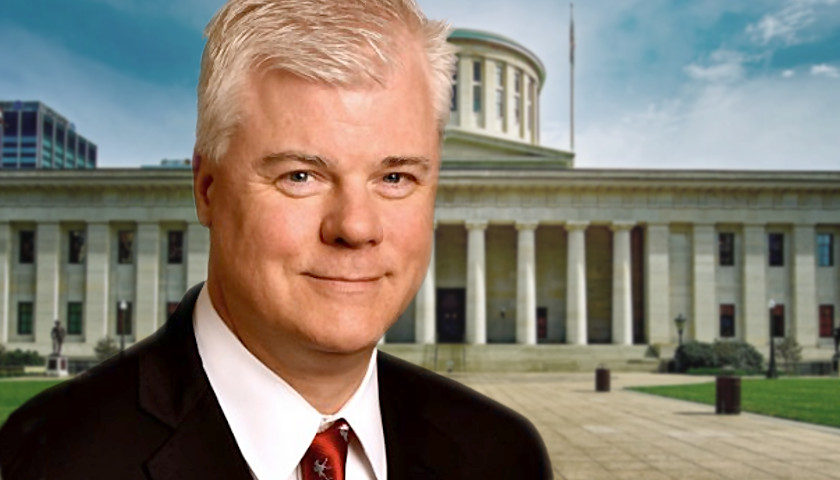 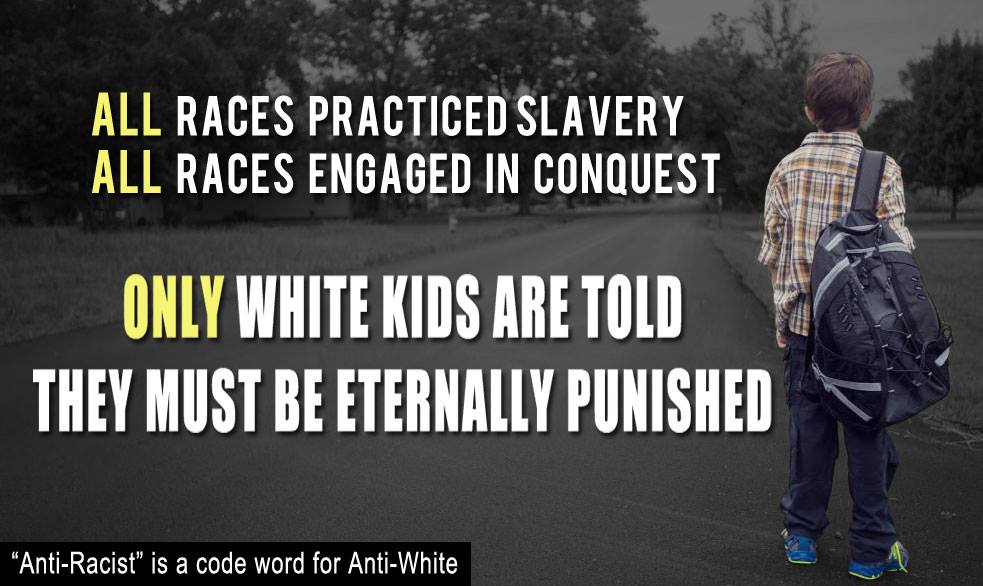 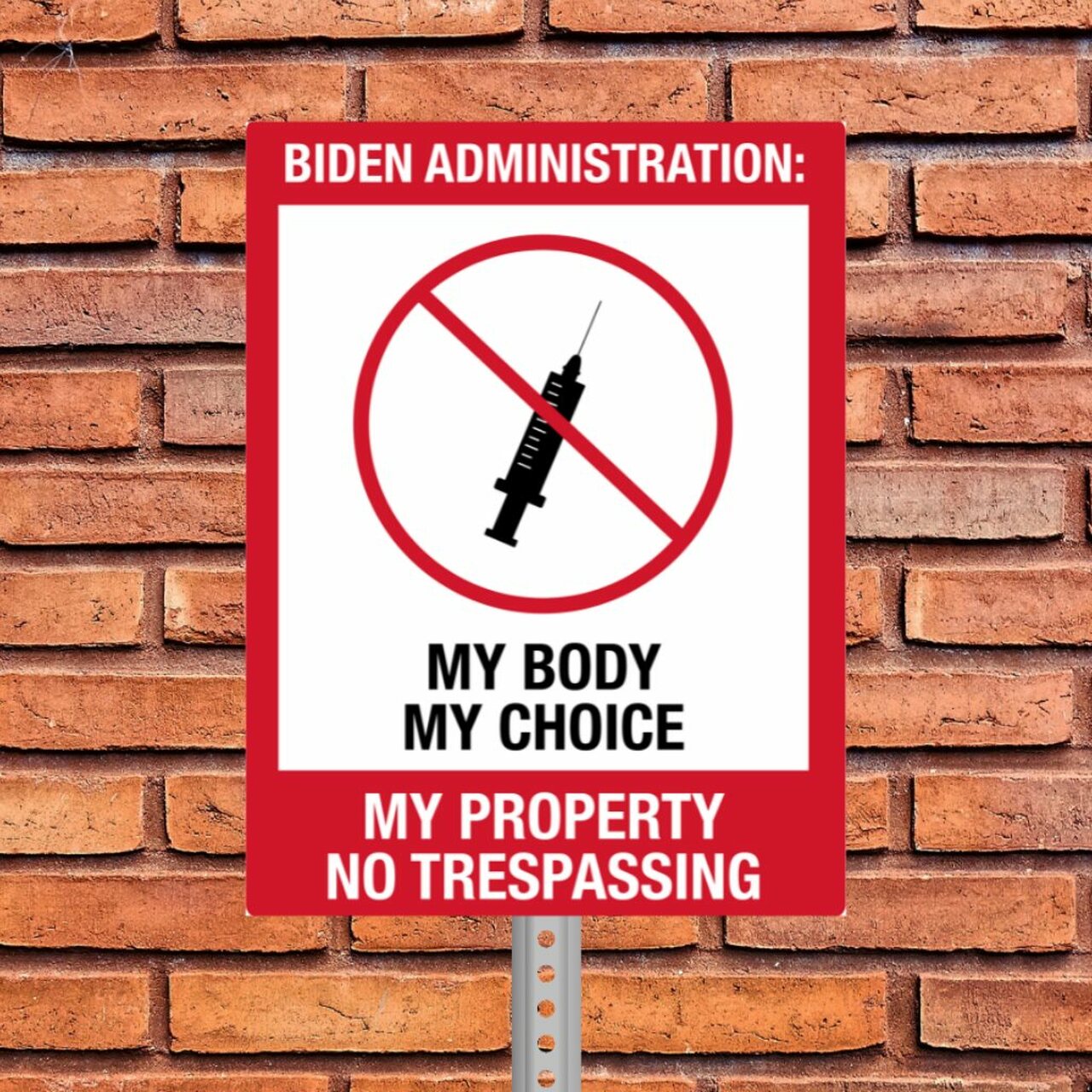