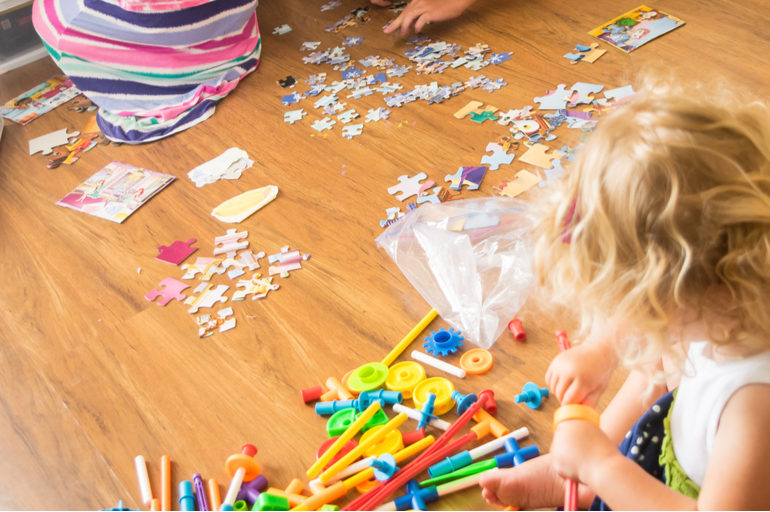 Is homeschooling a big deal? To those who engage in it, such as my family, yes, of course. For most others it is a seldom-encountered curiosity. The National Center for Education Statistics estimates the total homeschooling population at about 3%, or slightly less than the LGBTQ population. Homeschoolers do not have much of a media presence, so they (we) are not as large a part of the national consciousness as the latter. Many people will not know a single family who homeschools.

Reasons for homeschooling are various, even within a given family. One is reminded of the joke: “Ask ten economists for an explanation and you get twelve different answers.” Some homeschoolers are elite athletes in non-school sports, such as gymnastics, who need to balance education with demanding practice and competition schedules. There are others who have no adequate school options available due to geography, whether they confront rural vastness or urban blight. But the majority would probably cite their opposition to the enculturating ambitions of the contemporary school system as the reason they choose to educate their children at home.

Again, even the objections to contemporary schools are diverse. Some reject any regimentation in education, preferring to allow their children to follow their interests and develop their skills at their own pace. These are the so-called “unschoolers.” At the other end are those who find contemporary schools too beholden to contemporary educational fads and start their children out with Latin and the McGuffey Readers. Most pursue some compromise, tailoring their curricula to the particular children in a reductio ad familiam of the push for small class size. Whatever the specific reason for homeschooling, the general one is a dissatisfaction with the contemporary school, a pedagogical system now controlled entirely by Progressivism.

The advance of Progressivism, notably different from “progress,” marches on. Nowhere has it made more headway than in education, an area it identified early-on as a prime target. John Dewey in Democracy and Education (1916) wrote, “. . . we may produce in schools a projection in type of the society we should like to realize, and by forming minds in accord with it gradually modify the larger and more recalcitrant features of adult society.” Liberating minds is not the goal of such an education. Instead, marshalling troops, what we would now call social justice warriors, is the point of education. Having conquered the battlefield, Progressives are now shooting the wounded.

The wounded, in this case, are homeschoolers, those who choose to educate their children at home through a mesmerizing number of different ways. Homeschooling families in Worcester, MA, where my family lives and we homeschool our children, have had an ongoing struggle with the local school district for over a year. Without warning, a large number of families failed to receive a letter of acknowledgement of their intent to homeschool, which is what the case law requires of the school district. Some were told their plans to homeschool were “denied” and that failure to enroll their children in school would result in truancy charges. Others were contacted by Child Protective Services without receiving any warning. One woman was handcuffed in her own home during an inspection on the pretext of an outstanding parking ticket.

What happened? Apart from the recent appointment of a new superintendent, no one knows. There seems not to have been a particular event that triggered the change in policy. Indeed, according to the elected officials of the school board, there was no change in policy. But one does not need to look far to find an animus against homeschoolers in the educational establishment.

A recent paper by Elizabeth Bartholet, the Morris Wasserstein Professor of Law at Harvard Law School, provides a perfect distillation of official educationalist attitudes towards homeschooling. It is worth considering the argument of the paper, not because it is unique but because it pulls together so much of the official received wisdom on homeschooling. Any of the sources she cites would do just as well as a demonstration.

First Bartholete describes cases of abusive behavior by parents who claimed to be teaching their children at home. This becomes a significant part of her argument for outlawing the option to homeschool. Children at home are unmonitored by mandatory reporters of abuse, she claims, so they are all at risk. “Parents can choose to beat their children, starve them, chain them up, free from scrutiny by any who are required to report suspected abuse and neglect” (50). She cites a report from the UK that recommends against homeschooling for precisely this reason. She seems not to notice the fact that English officials, even mandatory reporters and police officers, spectacularly failed to prevent or stop the abuse of some thousands of young girls by “grooming gangs” (to use the term of art preferred by the press) in Rotherham, Telford, Oxford, Newcastle and other cities. Undeterred, she argues that all homeschooling parents should undergo mandatory background tests (67). By this logic all parents, even aspiring parents, should require authorization by the government.

We also find questions about the educational outcomes of homeschooled children, questions that are answered without evidence. She claims that only homeschooling success stories are highlighted for political effect. Yet she cites favorably a lawsuit claiming that woefully underperforming public schools violate the rights of students, thereby admitting that poor performance is at least as likely in public schools. But she puts little store in this argument, for obvious reasons. No one can look at schools in America and be sanguine about educational standards. Doubts about the qualifications of parents for teaching their children sound more like rallying to the protection of a guild than real concern for education. Her evidence for these concerns—that homeschooled children attend college at lower rates than the norm and, when they do, tend towards less prestigious institutions—is hardly damning. Given the state of higher education, these are just as likely signs of intellectual maturity, or at least financial prudence.

Concerns about childrens’ safety in the homes of their parents because of a few, horrific incidents is not a worthwhile argument to pursue. It is on par with suggesting we abolish schools because they are the targets of school shooters. Doubt about the educational quality of homeschooling is likewise a misdirection. The United States scores poorly on almost all measures of educational outcomes. No, these are cover for the real objection to homeschooling.

Along with many in the educational establishment, Bartholete objects that most homeschoolers are either Christian, conservative, or both. According to her, “religious ideologues… dominate the powerful homeschooling movement” (38). The movement is spearheaded by the Homeschool Legal Defense Association (HSLDA), whose tactics she variously describes as “aggressive,” “brutal,” and “scary.” Her evidence for these claims is underwhelming. For instance, she cites three state laws the organization helped stop by such tactics as flooding “legislators’ offices with calls.” Only five years before that incident the HSLDA mobilized 4,000 homeschoolers in Illinois (current population 12 million, and dropping). None of the cases she mentions record anything more than standard practice for a legal aid society. The sources she cites are in lock-step on this point, and more. For her and for them, the real and unstated reason families choose to homeschool is “to keep their children from exposure to alternative views” (42).

They are not entirely wrong in this assessment, although the term “alternative views” is misleading. While there are many strong pedagogical reasons for homeschooling, protecting children from the ideological intentions of the system is, itself, a good reason to do so. There is not some anodyne set of alternative views that homeschooled children are being denied. Schools have been, and are increasingly, used in the manner already described by John Dewey to produce a monolithic public opinion. To this end, homeschooling is a threat to the effort to remake society, an effort that is fast becoming the most radical experiment in human history. Is it wrong for parents to save their children from being the subjects of such experimentation, especially as this coincides with the largest increase in teen suicide ever recorded?

Remaking society through education is only part of the effort and only one reason homeschoolers are in the sights of the educational bureaucracy. Progressive ambitions go well beyond education, and homeschoolers are merely a convenient target. According to Bartholet, “The US Constitution with its negative rights structure is an anomaly, outdated and inadequate by the standards of the rest of the world” (52). “Negative rights” is a term coined by Isaiah Berlin to describe the classical liberal idea that one has a right to freedom from interference. The opposite, a “positive right,” is something in which one is actively assisted in achieving. Berlin was careful to note that positive rights are at the heart of all totalitarian systems of government. Bartholet would like to see personal autonomy categorized as a positive right that the government would help a child pursue, even if that means overriding the wishes of the parents. At least she is honest enough to admit that her ambitions are not compatible with the fundamentals of our Constitutional order.

As always, Progressives seem to think that the line between good and evil that Aleksandr Solzhenitsyn said passes through every human heart somehow misses the hearts of bureaucrats and government officials. What could go wrong with a legal presumption against the right of parents to educate their children as they see fit? What could go wrong with credentialing of parents and mandatory home inspections? “Religious and cultural groups that deserve to survive,” she writes, “will survive, even if their children are exposed to the larger society’s views and values” (68). How reassuring.

Homeschooling is a niche activity and, even then, one a family will pursue for only a limited number of years. It will remain marginal and, as a result, vulnerable. Another idea from the founding of this country, an idea apparently also anomalous and outdated, is a fear of tyranny and an awareness that it can come in the form of the majority. The Progressive educational establishment and its supporters in elite law schools cannot understand Madison’s comment in Federalist 51: “If men were angels, no government would be necessary.” They think they are angels and they are coming for our children.